How much is Vanna White worth?

Who Is Vanna White

Vanna White (born as Vanna Marie Angel) is an American film actress and television personality, best known to the public as a hostess on the popular TV show ‘Wheel of Fortune’, where she made her debut and started her path to fame. Born in the February of 1957, in South Carolina, she is the step-daughter of successful real estate agent, Herbert White, the man whose name she adopted after her father left her at a young age. However, this did not stop White from becoming one of the most popular, and well-beloved television personalities of our time. How did Vanna White get rich & famous? Keep reading to find out more!

American TV personality Vanna White has a net worth of $75 million dollars, as of 2021.

Although Vanna White is one of our favorite television personalities today, it took some work for her to reach the stage she is at now. When she was young, White moved from South Carolina to California, in an attempt to make her fame. Although she tried to present herself as wholesome and well-rounded to potential employers at auditions, it was hard for White to make money, so she took small lingerie modelling jobs as a way to pay her rent, a decision which she would later come to regret.

Eventually, Vanna White landed a job on the popular TV show ‘Wheel of Fortune’ as a co-host with Vicky McCarty and Summer Bartholomew, after the previous hostess left the show. After some successful episodes, the show decided to take on White full time, which is how she started her journey to the person she is today. After twenty-eight successful years on the game show, Vanna White is still the main co-host of Wheel of Fortune.

Of course, White has taken other jobs on her rise to the top, such as starring roles in ‘Graduation Day’ and ‘Goddess of Love’, as well as writing her best selling book, ‘Vanna Speaks’. However, her role on Wheel of Fortune was clearly the kick-start to her success.

How Did Vanna White Get So Rich?

Today, Vanna White is one of the highest-paid game show hosts in the world, but that wasn’t always the story. As you know, during White’s audition stage, she took modelling jobs to pay rent and the photos were never published. However, later in her career, the pictures were rediscovered and Hugh Hefner published them as part of the playboy magazine, even though White begged him not to, as it would not only ruin her reputation but also threaten her job. Luckily, she kept her job and continued to become a very highly paid hostess, but never spoke to Hugh Hefner again.

Obviously, Wheel of Fortune was Vanna White’s first big fame job, but it wasn’t until a few years into the show when she had made a reputation for herself, that she managed to start earning big money. By 1987, her paycheck was into the millions, and she was living the good life. Today, her annual pay is around $4 million, and her overall net worth is an impressive $75 million.

Nowadays, Vanna White makes money not only from her talents as letter turner on the game show but also through other investments, such as her book ‘Vanna Speaks’. This was published in 1987 and earned White just under $1 million. However, her biggest investment is in real estate. After her first large paycheck, she decided that rather than squandering the money away, she would invest it in property. As she has continued to do this, her net worth has increasingly grown, and her latest listing was her home in Beverly Hills, which sold for $47.5 million.

So whilst most of Vanna White’s riches have come from her hostess job on Wheel of Fortune, she has been smart enough to reinvest wisely, and her annual income has considerably increased because of this.

Whilst there were plenty of valid and qualified candidates who could have taken Vanna White’s first position on Wheel of Fortune, it was her genuine personality and charm that scored her that first job. White not only used her good looks and a beautiful smile to win that job but also put forward a sensible and honest personality. In many interviews, when she has been asked about what she thinks it is that made her so successful back in the ’80s, the presenter’s first response is always that she didn’t try to be fake, or unreal, and she didn’t try to enhance her qualifications by exaggerating anything. She simply told the producers the truth, and just acted as herself, because she thought that if they didn’t like who she really was, then there was no point in working for them. The casting directors at Wheel of Fortune clearly loved this!

Additionally, every celebrity always has a few helpful tips for success to put forward as well. These are Vanna White’s rules for triumph:

Although she has lots more tips for success in her book, she says that these are the three main reasons why she managed to succeed in her life.

In summary, Vanna White’s main path to success was her role on Wheel of Fortune, due to her charming and honest personality. While she had a rough childhood and found it difficult in her first few years of work, White’s perseverance drove her to success, and her wise entrepreneurial skills have helped her to boost her income through real estate investment. But overall, Vanna White is, and rightly should be, an inspiration to us all! 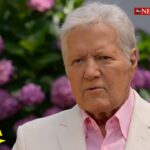 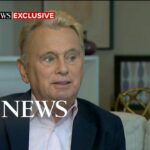