How much is Rob Dyrdek worth?

Who Is Rob Dyrdek

Rob Dyrdek is an American-born actor, producer, former professional skateboarder, and well-known reality TV personality. He is most commonly known for his TV shows Rob & Big, Ridiculousness, and Rob Dyrdek’s Fantasy Factory as well as his skateboarding career. Rob is also an entrepreneur, and founder of the Dyrdek Machine, a branding and venture capital firm.

Rob was born on June 28, 1974, in Kettering, Ohio to Gene and Patty Dyrdek. Rob began skateboarding at about 11 years of age and became semi-famous at the age of 12 when he received his first sponsorship as a skateboarder. After a few years, at the age of only 16 years old, he formed the Alien Workshop with Neil Blender, a fellow but already established skater. At this time he left high school and moved to Southern California to peruse a full-time career in skateboarding. Shortly after moving to California, he entered into a partnership with DC shoes that lasted from 1995 until 2016. The partnership with DC shoes is believed to be what initially launched him onto the public eye. DC has been a popular brand of shoes among skateboarders for several decades. They specialize in crafting shoes with an enhanced grip on the soles to better affix to the textured surface of a skateboard. This style of shoe also allows for easier control of a skateboard while riding at high speeds. DC featured Rob in all of their commercials and promotions for almost two decades from 1995 to 2016. This played a central part in developing Rob’s TV career, as we would see later.

With DC’s sponsorship, Rob skateboarded professionally. He also went on to found the Street League Skateboarding (SLS) competition enterprise. The SLS championships grew from being a domestic to an international event broadcasted by ESPN in 198 countries. The SLS prize is the highest in the history of skateboarding as a sport at $1.6 million. The SLS also partnered with the Boys and Girls Club of America to develop new skate parks in California and was the focus of Dyrdek’s documentary film The Motivation, which premiered at the Tribeca Film Festival in 2013.

It was Rob’s partnership with DC that initially prompted him to discuss with DC and MTV (their media partner) on how to make skate videos for their marketing. This led to discussions with MTV about creating a reality TV show for Rob. In late 2006, Rob partnered with his friend and bodyguard Christopher “Big Black” Boykin to create and star in his first TV show, Rob & Big. Rob & Big aired on MTV for just under 2 years over a total of 3 seasons.

The next reality TV show starring Rob was Rob Dyrdek’s Fantasy Factory which premiered in February 2009. Rob Dyrdek’s Fantasy Factory featured a cast of Dyrdek, Chris Pfaff, Boykin, Scott Pfaff, Chanel West Coast, Sterling Brim, and his Dyrdek Enterprise staff. The show follows Dyrdek’s “Fantasy Factory”, a converted warehouse where Rob runs his various start-up businesses and showcased various stunts that the cast pulled. During the course of the first season, Rob opened his first SafeSpot SkateSpot where Mayor Antonio Villaraigosa rode with him on the world’s largest skateboard during its grand opening. Fantasy Factory aired a total of seven seasons, with the season finale airing on March 13, 2014. Episodes included stunts like Dyrdek being bitten by a shark and attacked by a trained tiger. As a part of the show, Dyrdek also co-invented the first “skateboard car”, and exhibited the customized Ford Mustang on an episode.

In addition to reality shows, Dyrded has also produced and starred in films like Street Dreams (2009), a documentary called Waiting for Lightning with fellow skateboarder, Danny Way, and a new reality show called Ridiculousness aired on 2011 where he commented on viral internet videos in the style of America’s Funniest Videos. Dyrdek hosted this show alongside two friends, Chanel West Coast and Sterling Brim. In 2012, Dyrdek was seen on the TV show Punk’d where Justin Bieber tried to execute a prank on Dyrdek but failed. Ridiculousness was produced by Dyrded’s own production company, Superjacket Productions, which has also produced The Dude Perfect Show, Crashletes, Jagger Eaton’s Mega Life, and Snack-off. In 2017, Dyrdek was a judge for the talent series Amazingness, also produced by Superjacket Productions.

in 2017, Dyrdek launched his business incubator company, the Dyrdek Machine, which invests in new businesses and brands. He called it a cross between a branding company and a venture-capital firm.

How did Rob Dyrdek get so rich?

As of June 2020, Rob Dyrdek is worth over $50 million dollars. A vast majority of his wealth was earned from his television career which started in 2006. He was reportedly averaging $60,000 per episode of Rob & Big, $100,000 per episode of Rob Dyrdek’s Fantasy Factory, and as much as $140,000 for every episode of Ridiculousness. Ridiculousness has been recorded on and off for several years but at the current count, there have been 510 completed episodes. This means that he could well have made a staggering $71.4 million dollars from Ridiculousness alone. All in all, his TV career has netted him over $80 million dollars since 2006. Rob has also purchased and sold several homes in Southern California over the years, many of which were multi-million dollar homes.

Reality TV has not been Rob’s sole source of income. Rob Dyrdek is no stranger to entrepreneurship. He has been flexing his entrepreneurial muscle since when he was just 12 years old. Over the years, Rob has created his own skateboarding brands, collaborated and built other brands such as Orion Trucks, created his own reality TV shows with MTV, created media properties such as Wild Grinders (an animated series on the Nickelodeon network), and established and managed his own production company Superjacket Productions.

Since its launch in 2017, the Dyrdek Machine has invested in and started many ventures. The Dyrdek Machine could generate returns on capital for Rob that are tenfolds more than recording a single episode of Ridiculousness.

Being a professional skater alone did not make Rob Dyrdek a household name. Starting in 2006, Rob’s appearances in numerous TV reality shows have made him a household name. Starting with Rob & Big, and then with the very successful Rob Dyrdek’s Fantasy Factory, Rob became a very recognizable face on Television. It was also around this time that Rob’s popularity began to grow on social media with the influx of home computers and young people watching MTV. These youths began to share clips of his TV shows as well as snippets of his skateboarding tricks online. Suddenly, the social media industry exploded, and sharing video clips and short films became the new written-message, and video clips of Rob went viral, making him extremely popular among the young in the 2000s.

Outside of popular culture, Dyrdek was also gaining himself a name in business and enterprise. His many collaborations with brand owners of skateboards, apparel, and equipment companies, and television networks have helped him with his own enterprises. He is today a respected businessman in the business community.

Rob has been an entrepreneur since he was 12 years of age. Although skateboarding was his obsession for much of his younger years, and he was a successful skater, it was really in enterprise that he said he found his true calling. This multi-talented guy has been grinding away at many different roles and projects for over 25 years now. Through his enterprises, he has added to his list of achievements as diverse as his projects. He has produced TV shows, created intellectual properties such as the Wild Grinders, owned a skate shop, founded the Street League Skateboarding championships, and even once a hip hop music label.

In the entertainment industry, Rob has not only used his boyish good looks to charm as host and presenter, but he has also used his creative talent in developing media properties such as the Wild Grinders. In business, Rob has leveraged on his celebrity status to build and launch brands and create successful enterprises.

Through almost 3 decades of strong dedication and hard work, Rob Dyrdek is a glowing example of what can be possible if we act to make our passions and dreams a reality.

“Stay inspired! That’s the key to life and success in anything.” — Rob Dyrdek 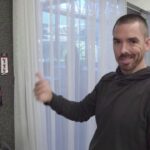 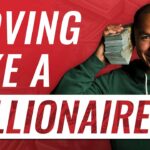