American former stock car racing driver nicknamed “The King” Richard Petty has a net worth of $70 million dollars, as of 2021.

How did Richard Petty earn his net worth?

Richard Petty became rich right after he became a professional car racing driver. In the 1960s, while still trying to improve his skills and become the number one driver, Petty was earning no more than $40.000. In his first professional event, he took part in the “NASCAR Grand National Points Race”, where he finished second. 1963 was his breakout year as he won tracks in both Bridgehampton and Martinsville.

By 1964, he was already one of the rising stars in NASCAR as he won the Daytona 500. In addition to winning his first Daytona, that year he also scored his first win at the “NASCAR Cup Series”, thanks to which he received more than $250.000. Two years later, he won his first Morelock 200 and broke the half-mile track records with an average speed of 82 mph. In 1967, of the 48 races that he entered, he was able to win 27, including the “NASCAR Cup Series”

What makes The King so famous are his incredible records. He was born on July 2, 1937, in Level Cross, North Carolina. His father is Lee Arnold Petty, a NASCAR driver who is considered to be one of the pioneers and first superstars of NASCAR. He has an older brother, Maurice, who is a NASCAR personality. In the 1950s, Richard graduated from the Randleman High School and soon became interested in a business course at the Greensboro Junior College.

In 1956, he first began working for his father’s racing company titled “Petty Enterprises”. At that time, he slowly began car racing and by 1958, he was already a professional. His NASCAR career officially started in July 1958. At that time, he participated in a race held in Toronto, Canada at the CNE Stadium. The following year, he won the award NASCAR Rookie of the Year” and participated in his first Daytona 500, which was also the inaugural event.

Thanks to his passion for success, this history-maker found prosperity and wealth relatively easy. Throughout the 1970s and 1980s, Petty not only made history by breaking records and winning multiple accolades but also earned himself millions of dollars. During that time, he constantly scored wins at the “NASCAR Cup Series”, “Grand National Series”, and “Winston Cup Series”. From 1974 to 1978, he also made history by winning the “NASCAR’s Most Popular Driver” award for five consecutive years.

For over 35 years, Richard Petty has taken part in 1,184 overall races and scored 712 top tens, 200 wins, and 123 poles at the NASCAR Cup Series. The second-generation driver officially retired in 1992 and his last ride was a media sensation. Besides qualifying for all 29 races, that year he embarked on a year-long tour titled “Fan Appreciation Tour” during which he participated in many awards ceremonies, fan-related meetings, and special events. His final race was part of the season-ending Hooters 500 and it had a record-breaking attendance of 160,000 spectators. Shortly after his retirement, since the 2000s, The King has ventured in various professions. He became a spokesperson for various companies and products, an owner of a few companies and teams, as well as a color commentator for the CBS.

Mainly because of his hundreds of awards and accolades, Richard Petty is considered to be the most triumphant stock car racing driver of all time. He has achieved international success in less than five years of becoming a professional NASCAR driver.

By the early years of the new millennium, thanks to his contribution and success, The King was inducted into multiple stock car racing hall of fames including the Motorsports Hall of Fame in America and NASCAR Hall of Fame. Another one of his most outstanding awards is receiving the Medal of Freedom from the then-president of the United States – George H. W. Bush. 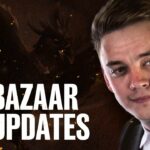 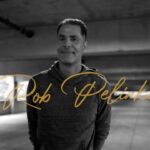