How much is Kyle Larson worth?

Kyle Miyata Larson is an American professional stock car racing driver. The owner of the World of Outlaws sprints car team has been competing full-time in the NASCAR Cup Series ever since the early 2010s.

Over the course of his short carrier, he has picked up many wins and is the recipient of multiple awards and achievements, including the “USAC Silver Crown Rookie of the Year” and “NASCAR Sprint Cup Series Rookie of the Year”. He is also a former “Belleville Midget Nationals”, “NASCAR K&N Pro Series East”, and “Chilli Bowl Nationals” Champion.

American professional stock car racing driver Kyle Larson has a net worth of $15 million dollars, as of 2021. Driving the No. 5 Chevrolet Camaro ZL1 1LE for Hendrick Motorsports, Larson competes full-time in the NASCAR Cup Series. He is also the World of Outlaws sprint car team owner.

How did Kyle Larson earn his net worth?

The NASCAR driver became a millionaire thanks to the outstanding performances and records that he has had for the past ten years or so. Prior to his focus on NASCAR, he had brief stints in various series. In the touring series, he competed at events such as Pete Orr Memorial Orange, Bristol Motor Speedway, and ARCA Racing Series. Throughout the next two years, he also competed in the Camping World Truck Series, Rockingham Speedway, and Eldora Speedway, where he was able to pick up some very impressive wins.

By 2013, when he moved full-time to the NASCAR Nationwide Series, he was able to make more than $500.000. His NASCA debut came in the DRIVE4COPD 300 at the Daytona International Speedway, in which he drove the number 32 Chevrolet Camaro. That year, he was also announced as one of the participants in the annual series. The 2013 Cup Series marked his debut at that event. Since then, he has been consistently working the annual series, which brought him not only fame but also more than $10 million from his performances and final results.

Kyle Larson became famous immediately when he joined the NASCAR Cup Series. He was born on July 31, 1992, in Elk Grove, California. His very first appearance in a car race came in the summer of 1992 when he was just one week old. He spent most of his youth in Elk Grove and attended the Pleasant Grove High School, from which he graduated in 2010. By the age of seven, Kyle was already a keen fan of car racing and began racing in outlaw karts.

As a teenager, he raced mostly in open-wheel cars such as the USAC (United States Auto Club) midget, Silver Crown, and sprint cars. He competed in several tournaments and events such as Keith Kunz Motorsports, Hoffman Racing, and World of Outlaws. Among one of his first sprint car race was with the Placerville Speedway, in which he also happened to be one of the youngest drivers to ever compete. In 2011, he won his first big tournament – 4-Crown Nationals at the Eldora Speedway. He was able to win all three types of USAC cars in a single night, becoming only the second driver to achieve this.

The success of Kyle Larson comes from his passion and determination in the stock car racing, which he has displayed over the course of his career. Apart from the NASCAR Cup Series, where he was part of the Phoenix Racing and then Chip Ganassi Racing teams, he has taken part in many other stock car racing events such as Daytona 500, Xfinity Series, Gander RV and Outdoor Truck Series, and ARCA Racing Series.

Most of his highly praised performances on NASCAR and other events have been filmed for various projects such as the television series “NASCAR on Speed”, “NASCAR on TNT”, “NASCAR on ESPN”, “NBC Nascar”, and NASCAR on Fox”. In August 2017, he starred in his own documentary titled “Meet the Driver” and made his film debut in “Logan Lucky”. Besides these, Kyle has appeared as a guest on many realities and talk shows such as “Good Morning L.A.”, “The Bolt Report”, “The Real World”, and “Chris Webber’s Full Court Pranks”.

Kyle Larson is one of the quickest rising stars in NASCAR that began racing full-time in 2013, although his professional stock car driving career began a few years earlier. Since then, he has been constantly appearing in the NASCAR Cup Series. For the past seven years, he was able to win three “Turkey Night Grand Prix” events, and others such as “Sprint Showdown”, “Aspen Denta Eldora Dirt Werby”, and “Rolex 24 at Daytona”. 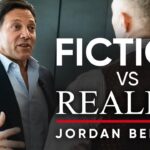 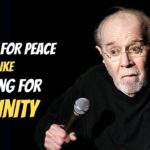