How much is Marcus Lemonis worth?

Marcus Anthony Lemonis, is an American businessman, politician, philanthropist, and television personality. He’s known for being the chief executive officer and chairman of numerous companies worth billions of dollars – “Camping World”, “Gander Outdoors”, “Good Sam Enterprises”, and “The House Boards”. Besides that, he’s also a television star that hosts his own CBNC reality show “The Profit”.

Lebanese-born American businessman, television personality, philanthropist and politician Marcus Lemonis has a net worth of $750 million dollars, as of 2021. Lemonis is currently the chairman and CEO of Camping World, Good Sam Enterprises, Gander Outdoors and The House Boardshop. Not to mention being the star of The Profit, a CNBC reality show about saving small businesses.

How Did Marcus Lemonis Get So Rich?

What made “The Profit” star so rich were his many business ventures and philanthropy work. In the mid to late 1990s, Marcus began his political career. He unsuccessfully ran as a Democrat candidate in the Florida House of Representative. After failing to win money or become a politician during the 1996 Florida House campaign, he refocused his career on the automotive industry. He was exposed to it during his upbringing, thanks to his great uncle Anthony Abraham and the family friend Lee Iacocca.

In the late 1990s, Marcus began working for his grandfather’s car dealership called “Anthony Abraham Chevrolet”. The same dealership was later acquired by the company Auto Nation, where Lemonis was able to hold several managerial roles and sales. At the beginning of the new millennium, Lee Iacocca helped Marcus acquire the “Holiday RV Superstores” company, to which Marcus served as the chief executive officer from June 2001 to February 2003. Towards the mid and late 2000s, the young businessman continued to make millions from his role as CEO even after the company was merged with Camping World and Good Sam Enterprises.

Marcus Lemonis became famous after he produced and began hosting his own reality show about saving small businesses on CNBC. He was born on November 16, 1973, in Beirut, Lebanon. His real name is Ricardo and both of his parents are from the Middle East. His father Abdallel is from Lebanon and his mother Nadia is from Syria. Ricardo was born in Beirut during the foreign invasions and chaos of the civil war. He was abandoned by his parents and left in an orphanage just four days after his birth.

During his infancy, in July 1974, Ricardo was adopted by Leo and Sophia Lemonis, a couple from Miami, Florida. His adoptive father is Greek and his adoptive mother is Lebanese. Shortly after his adoption, Ricardo’s name was legally changed to Marcus and he was brought to the United States. He attended the Christopher Columbus High School, from which he earned his diploma in 1991. Four years later, he graduated from the Marquette University with a bachelor’s degree in criminology and political science.

The success of Marcus Lemonis comes from his abilities to run million-dollar companies and work regularly on television. During his career in the automotive industry, the businessman and philanthropist has worked for and with many NASCAR drivers as a sponsor, with the most notable being John Andretti. In recent years, in October 2016, his company Camping World went public on the stock exchange in New York with $22 a share. As of now, the company has given a market value of more than $5 billion.

Apart from his many business ventures, Marcus Lemonis is also a television presenter and personality. His first significant appearance was in the NBC series “Celebrity Apprentice” in the early 2010s. He also appeared on an episode of ABC’s “Secret Millionaire”. In 2013, he signed a multi-year deal with CNBC for the production of his own show “The Profit”, where the television presenter is on the hunt for promising and faltering small businesses. The show has been on air since July 2013 and as of now has over 7 seasons and 72 episodes. Its success led to the creation of numerous television specials, documentaries, and even a spin-off. The spin-off of the show is called “The Partner” and had a short ran in early 2017.

Marcus Lemonis is a Lebanese-born American businessman that was born in Beirut during foreign invasions and the chaos of war. Despite that, he was able to find a good family that helped him receive a proper education. In the 1990s, inspired by his great uncle Anthony Abraham and the family friend Lee Iacocca, he began pursuing a career in the automotive industry.

Since then, for the past two decades, he has been the head of four companies worth billions of dollars, which explains why his net worth exceeds $500 million. As if that’s not good enough, since the early 2010s, Lemonis has become a television star that hosted and produced his own shows on CNBC – “The Profit” and “The Presenter”. 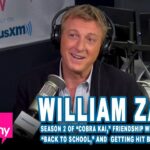 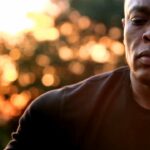