How much is Rachel Weisz worth?

This British beauty first caught our attention in The Mummy before catching Oscar’s attention as a tragic young activist in The Constant Gardener.

Who Is Rachel Weisz

A perpetual red carpet beauty with the brains and the laid-back personality to prove that you can you can play dual roles of smart girl and stunner, Rachel Weisz has won over fans and critics alike. Despite her beginnings with a cheesy action franchise, Rachel has carved out the kind of career that makes starlets drool with envy. And much like the shift in her professional life, this Hollywood good girl wasn’t always so prim and proper.

American-British actress Rachel Weisz has a net worth of $35 million dollars, as of 2021.

Rachel Weisz was born to George, who invented a life-saving respiratory machine, and Edith, a psychoanalyst, and was raised in London with her younger sister. But Rachel wasn’t always the poised and put-together actress we see on the screen and on the red carpet. As a youngster, Rachel was a handful and jumped between numerous schools due to her antics.

Understanding that Rachel’s personality could not be contained inside the box, her mother, who had always wanted to be an actress, began living vicariously through her daughter when she sent pictures of Rachel to modeling agencies and helped to land her a part in Richard Gere’s King David. But Rachel turned down the part, not wanting her fellow classmates to tease her for her early success.

Rachel stayed focused on her studies and went on to attend Cambridge University where she formed a theater company, Talking Tongues. The group received accolades for their adaptation of Neville Shouthall’s Washbag. Rachel continued to act in stage productions and even went on to receive an award for Most Promising Newcomer by the London Critic’s Circle.

Rachel made her first onscreen appearance in Chain Reaction (1996) opposite Keanu Reeves and Morgan Freeman before going on to appear in Stealing Beauty (1996) and Bent (1997). But Rachel’s big break came when she was cast as the lead in the 1999 blockbuster action/adventure film The Mummy opposite Brendan Fraser.

On the heels of the box office success of the initial The Mummy, Rachel followed it up with The Mummy Returns (2001) before starring in About a Boy the following year opposite Hugh Grant. She was beginning to carve a name for herself as a serious actress when she sealed the deal in 2005 with The Constant Gardener. Rachel won an Academy Award and Golden Globe for Best Supporting Actress for her role as a stubborn, passionate and tragic human rights activist.

But the actress’s booming silver screen career didn’t only nab her a spot at the front of every line in Hollywood, it also introduced her to director Darren Aronofsky. In 2001 when Rachel appeared in the London play The Shape of Things, Rachel met Darren backstage and the two clicked immediately. They dated for four years before getting engaged in 2005 and welcomed their first son, Henry Chance, in the spring of 2006. Unfortunately, the couple never made it down the aisle and eventually called their romance quits in 2010.

Actress, Oscar-winner, mother and mega-star, Rachel is still on a huge upswing—as evidenced by her quick rebound with British hunk Daniel Craig. With no shortage of roles in recent years, there’s no doubt that fans will be seeing a lot more of Rachel in years to come. 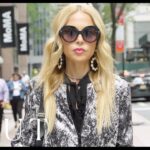 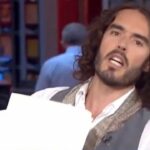