How much is Hugh Grant worth?

Who Is Hugh Grant

Hugh Grant is a British actor who became famous in the early 90s, scoring romantic comedy movies left, right, and centre thanks to his polite British charm and unusual good looks. Though has had his fair share of negative tabloid coverag, and is just as well known for the gallery of women has dated as he is for his filmography, Grant has overcome the media, continues to score huge roles, and is still able to demand millions of dollars per movie. The Oxford educated actor has also become somewhat of a real estate guru, making millions from flipping English mansions. Grant’s best known films include Four Weddings and a Funeral, Notting Hill, Bridget Jones’ Diary, and Love Actually.

How Did Hugh Grant Get So Rich?

In total, Grant’s movies have made over two billion dollars worldwide, and his first leading role in Four Weddings and a Funeral was the primary reason why the movie was so successful. With a budget of just over $2.5 million, the film made almost 100 times its budget, earning $250 million worldwide, which is a net profit that’s almost unheard of in the movie industry. After that one movie alone, Grant went from making $100,000 per movie to demanding $10 million per movie. The highest salary Grant ever earned was for Two Weeks Notice, which co starred Sandra Bullock, and he made a massive $12.5 million. Though he isn’t as in demand as he used to be, Grant is still popular enough to be able to demand $5 million per movie, which is what he made for last year’s Paddington 2 and The Gentlemen with Matthew Mcconaughey.

Grant has also seen great financial success outside of acting thanks to his newfound hobby of flipping houses. His real estate portfolio is massive, and at one point in time, was made up of literally dozens of properties. Grant regularly buys mansions in and around London, such as in 2000 when he bought a $3 million mansion in Chelsea, and in 2006 when he purchased a $20 million home in the same area. Just three years later he sold that same home for $32 million, making an insane $12 million profit. And coincidentally, Grant owns a $10 million home in Notting Hill. However, he doesn’t just buy homes in the UK, as he has properties all over the US and Europe, including a million dollar resort property in Sweden.

Why Is Hugh So Famous?

Though Grant is Oxford educated and he never expected to work in the entertainment industry, as he only took up acting for fun, the now professional actor fell forwards in to a role that made him world famous over night. His first major role was in Four Weddings and a Funeral, which was penned by Grant’s would-be favorite collaborator, Richard Curtis. The film was a huge success and it turned Grant in to the most sought after actor for a romantic comedy lead. The following movies he starred in after would pair him with the most famous actresses in Hollywood, such as with Julianne Moore in Nine Months, Julia Roberts in Notting Hill, and Renee Zellweger in Bridget Jones’ Diary.

The actor has also made headlines in the tabloids across the world throughout most of his career. In 1995, not long after his big break in Four Weddings’, Grant was caught receiving oral sex in a public place in Hollywood from a prostitute. He was taken in by police and fined thousands of dollars. But Grant confronted rumors head on by appearing on The Late Show with Jay Leno, explaining himself and apologising to his fans. And in the 2000s, his behaviour continued when he assaulted a paparazzo. However, in the 2010s, Grant turned the tables on the journalists as he attempted to secretly record Paul McMullen confessing to tapping celebrities phones.

Aside from his iconic roles in rom-coms and his alleged actions as heavily reported by tabloids, Grant is known for being much like the many characters that he plays; a polite, charming, wealthy Englishman. Thanks to this, his dating life has been heavily documented and he is known almost as well for the women he has been photographed with as he is for his movie roles. Most famously, the actor started dating Elizabeth Hurley in the late 1980s after they starred in Remando Al Viento together, and they went on to become a Hollywood power couple for the next 12 years.

What Makes Grant So Successful?

At the time he was gaining notoriety in the industry, there was no other actor at such a young age that could fulfil the types of roles that Grant could. Grant was a young, polite, handsome, and charming Englishman who could hold his own against superstars. Because of this, he became pigeonholed to that exact character, but he wouldn’t complain as writers were creating projects where the protagonist were Hugh Grant-type characters because that would turn a movie from a moderate success to a certified hit.

The actor has a great working relationship with Richard Curtis, as they have both served each other remarkably. Grant makes Curtis’ dialogue pop on-screen and Curtis has written roles specifically for Grant for decades. Together, the director-actor duo have worked together on five huge projects, including Four Weddings, Notting Hill, Bridget Jones’ Diary, Love Actually, and Bridget Jones: The Edge of Reason.

Grant is known for being extremely guarded and though the press always try to antagonise him and find out as much about his personal life as possible, very little is actually known about the actor, which makes him more interesting and alluring. His guarded personality and mysterious lifestyle massively helped his box office numbers in the 1990s and early 2000s, though he has claimed that he doesn’t care one iota about box office numbers.

Thanks to Grant’s charisma and playing up his Britishness, Grant was the go to Englishman in Hollywood for all things romantic. And with his ambitious real estate portfolio that spans the whole world, Hugh Grant currently has an estimated net worth of $80 million. In the coming weeks, Grant can be seen starring in the HBO television show, The Undoing, which costars Nicole Kidman and is based on the hit 2014 novel, You Should Have Known. 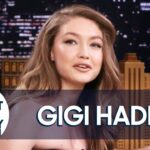 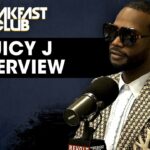