How much is Richard Gere worth?

Richard Gere is famous as an actor but is also well known for his activism. He has appeared in around 60 films winning numerous awards including two Golden Globes for “Best Actor”. Richard Gere was born in 1949 in Philadelphia, Pennsylvania, and came from humble beginnings. His mother was a homemaker and his father was an insurance salesman.

His early breakthrough as an actor came whilst he was studying philosophy at The University of Massachusetts on a gymnastics scholarship. He dropped out when he won the lead role in a musical production of Grease in London. Following his success, he continued with some further stage and screen roles until, in 1978, he traveled to Nepal.

American actor and producer Richard Gere has an estimated net worth of $85 million dollars, as of 2022. Gere established himself as both a leading man and a sex symbol, with his performance of Julian in American Gigolo (1980).

Following his time in Nepal, he traveled to Tibet. In Tibet, he spent time with a group of monks and lamas, and his insight into Buddhism grew. Gere’s interest in Buddhism began when he was in his 20s, however he may have had a more Christian upbringing. It is not clear how versed he was in Buddhism in his early life, he was raised in a Methodist home and his ancestors include Pilgrims.

This trip must have been bountiful, and, on his return, he played the part of a concentration camp survivor in the stage show Brent for which he received the Theatre World Award in 1980. This led to his lead role in the movie American Gigolo which established him as a major Hollywood star. His success was followed by his lead role in the Oscar-winning movie An Officer and a Gentleman in 1982. The movie was a pivotal moment in Gere’s career. Its iconic closing scene featuring him in full naval uniform sweeping his lover off her feet established him as an important romantic leads.

The music from the film won several Tony Awards and the memorable song “Up Where We Belong,” which accompanied his famous scene, helped to put Gere firmly in the public eye. In 1990, he starred in Pretty Woman alongside Julia Roberts, who was getting her big break at the time, following her success with Mystic Pizza (1988).

The ’90s was a decade in which romantic comedies were popular and had the potential to become enormous box office hits. Pretty Woman was just that, a huge hit and it even won People’s Choice Award for “Favorite Comedic Movie”. This commercial success ensured that fans clamored for another with the onscreen dynamics between Gere and Roberts enthralling audiences. In 1992 they got what they wanted, with Runaway Bride.

Alongside his commercial success, Richard Gere is famous for his humanitarian work. He is a practicing Buddhist who has met several times with the Dalai Lama. He has visited refugee camps in war-torn Nicaragua as well as establishing a non-profit organization called Tibet House which promotes the preservation of Tibetan culture. He is also a supporter of Survival International which helps to protect the lives of tribal peoples all around the world. He is a well-known activist who is known for being highly principled.

In 1993 he was banned from being a presenter at The Oscars when he publicly denounced the Chinese Government. According to HuffPost Gere is one of the world’s most high-profile activists for Tibet, and is permanently banned from entering China because of his work, and association with the Dalai Lama.

In 1994 when Gere opened Harrod’s sale in London, he donated all of his $50,000 fees to Survival International. The human rights organization formed in 1969 that campaigns for the rights of indigenous peoples.

Gere has earned recognition for his acting talent dating back to the ’70s when he was listed as one of the “12 Most Promising New Actors of 1977”. He went on to win Golden Globes for Best Actor in An Officer and a Gentleman and Pretty Woman.

He was awarded a Golden Globe for his performance in Chicago in 2003. He showed his dedication to that film by training to tap dance for 5 months. A great new and fun skill to learn and all in a day’s work. In total, he has collected over 18 awards for his performances. In 2012, he received an award for his distinguished contribution to the art of film from the George Eastman Museum.

His success may be considerably down to his classic good looks. In 1991 he was chosen by “People” magazine as one of the 50 Most Beautiful People in the world. Then in 1999, when Richard Gere was 50 he was honored with the Sexiest Man Alive mantle. Diane Von Furstenberg has said about him according to People, “He walked like a biker, and that attracted me. I knew I was going to get my hands on him. I seduced him.”

Looks aren’t everything in Hollywood but they certainly help get you through the door. For Gere, they helped establish him as one of the greatest romantic leads of all time. It also helped him have relationships with some of the most beautiful women in the world, as well. Richard Gere even married supermodel Cindy Crawford from 1991 until 1995, not to mentioned he’s been linked to Priscilla Presley, Barbra Streisand, and Kim Basinger. These liaisons have kept his profile high and he and Cindy Crawford were even voted “sexiest couple” in 1993. He is currently married to Alejandra Silva, a Spanish publicist and political activist.

His dedication to his favored humanitarian causes shows what the man is really made of. Driven by his Buddhist principles he has made many headlines raising awareness about key issues that need to be addressed.

Richard Gere leaned in on his opportunity to become America’s romantic male lead in the ’90s but later proved he was no typecast actor taking on diverse roles including Lancelot in First Knight and Robert Miller in Arbitrage. His dedication to his craft not to mention his attention to detail when it comes to his dress sense and looks, quickly highlighted him in Hollywood. He also seems to have uncanny sense and ability to pick roles that work for him, the audiences and the producers. 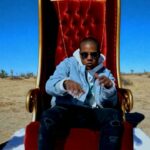 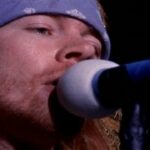