How much is Omarion worth?

Omarion is the stage name of Omari Grandberry, an American actor, composer, dancer, and singer. He rose to prominence after joining the R&B boy band B2K, in which he was the lead singer. The group became internationally successful in the early 2000s with several hits such as “Bump, Bump, Bump”, “Girlfriend”, and “Uh Huh”. In 2004, Omarion left the group to pursue his solo music career.

His debut album titled “O”, was released a year later, in February 2005. The album was very successful as it not only topped multiple charts, including the US Billboard 200, and earned the singer’s first nomination for a Grammy Award (in the category “Best Contemporary R&B Album)”. Simultaneously with releasing new music, Omarion also became an actor who starred in a series of films and television shows.

How Did Omarion Get So Rich?

The triumph of B2K not only helped Omarion become rich but also gain a lot of popularity. As the lead singer, he played an important part in the group’s success. For four years, they released two studio albums that received certifications in gold, silver, and platinum, as well as a few awards. In early 2004, Omarion announced his departure from the group as he decided to focus on his solo career. At that time, he starred in a few movies and television series such as “You Got Served”, “Fat Albert”, “The Bernie Mac Show”, and “One on One”.

Omarion’s career skyrocketed in 2005 with the release of his debut solo album titled “O”. The album had huge success as it received gold certification by the RIAA and topped the US Billboard 200 chart, becoming his first and only studio project to achieve this. Additionally, he received his first (and only) nomination for a Grammy Award at the 48th event in the category “Best Contemporary R&B Album”.

Omarion became famous for being the lead singer in the boy band B2K, which was one of the most successful boy bands in the early 21st century. He was born on November 12, 1984, in Inglewood, California. In his early years, he developed an interest in acting and received several opportunities to star in commercials. Among some of the commercials that he first starred in were for McDonald’s and Kellogg’s Corn Pops.

In 1999, during his teen years, Omari met J-Bogg, Raz-B, and Lil’ Fizz, and, a few months later, he decided to join them, forming the group B2K, also known as “Boys of the New Millennium”. At that time, he began using the stage name “Omarion”. Managed by the music producer Chris Strokes, the group released their first song “Uh Huh” in late 2001. The song became the lead single for the boy band’s self-titled debut album, which was released in March 2002.

What makes Omarion so successful are both his acting, dancing and singing abilities. Shortly after the release of his first studio project, the talented singer released his second album called “21”. Preceded with lead single “Ice Box”, which is by far his most successful song on the music charts, the artist’s sophomore album topped the US Billboard 200 chart and sold more than 119,000 copies in just one week.

The following year, he released his first collaborative album with the rapper Bow Wow. “Face Off” was released in December 2007. Besides topping two of the Billboard’s album charts, in just two months, the album was certified gold by the RIAA for selling over 500,000 copies. Omarion’s third and fourth albums – “Ollusion” and “Sex Playlist”, released in 2010 and 2014, respectively, were met with generally positive reviews but weren’t as successful as his first two.

Ever since he left B2K, Omarion also starred in a variety of films, television series, and reality shows. In 2007, he landed roles in the films “Feel the Noise” and “Somebody Help Me”, which would eventually become his most notable works as an actor. Thanks to his dancing skills, Omarion was asked to judge an episode of “America’s Best Dance Crew” and he also took part in the reality shows “Cuts”, “Kourtney and Khloe Take Miami” and “Let’s Stay Together”.

Known as one of the most impressive R&B artists, it took no time for Omarion to find success in both acting and singing. Even now, the Grammy-nominated artist continues to create new music and is expected to release his fifth studio album “Passport” sometime in 2020. 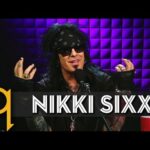 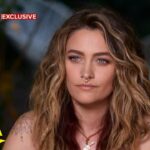