How much is Bow Wow worth?

Who Is Bow Wow

Not many people can boast about releasing their first album at the age of just thirteen. Shad Gregory Moss is one such person. Better known as Bow Wow, the youngster, from Columbus in Ohio, was born Shad Gregory Moss March 9th, 1987, The rapper became interested in his future occupation at the tender age of three, showing off his skills on stage by the time he was six, going by the name of ‘Kid Gangsta.’

The middle child of two sister siblings, Shad Gregory Moss, showed at an early age his talent for rapping by picking up kitchen utensils, hairbrushes, and combs to use as props. It wasn’t long before his mother Teresa started entering him into talent contests in the Columbus area. Along with his skills as a rapper, the thirty-three year old is also known for his acting, songwriting, and broadcasting roles.

We calculate Bow Wow has a net worth of close to $2 million dollars, as of 2021.

How did Bow Wow get so rich?

Worth an estimated $2 million as of 2021, Bow Wow’s financial success was probably a formality from an early age when aged just eleven; he met record producer Jermaine Dupri. The record executive from North Carolina who has worked with names such as Kriss Cross, Mariah Carey, and Usher, to name a few, helped shape the career of the young rapper.

The release of his debut album, under the name ‘Lil’ Bow Wow,’ in 2000 entitled Beware of Dog, at age thirteen, was the catalyst that set him on the way to fame and fortune. The first single taken from the album, Bounce With Me, spent nine weeks at number one on the US rap charts as well as reaching number twenty on the Billboard Hot 100 chart. Three more singles followed off the album. “Bow Wow That’s My Name”, which featured Snoop Dog and made it to number one in the US rap charts, “Puppy Love” and “Ghetto Girls”. The album was given platinum status by the RIAA on the March 5th, 2001 after sales of two million copies, and has since sold over three million copies worldwide.

Two years later Bow Wow released his second album, Doggy Bag. It reached number eleven on the Billboard 200 but fared better on the R&B/ Hip Hop Charts climbing to number two, and the album was once again certified platinum by the RIAA. One of the singles released from the album was “Take Ya Home”, which became the theme song to film series Like Mike. Like Mike was also the rappers’ first major movie role, he played Calvin Cambridge in the basketball-themed comedy movies 1 and 2.

Bow Wow was called Lil‘ Bow Wow but the name change came in 2002. The Lil’ was dropped, and the first album under the new name was released in 2003. The album, Unleashed, by Colombia Records, featured guest appearances from, Jagged Edge, Baby, and Mario among others. Reaching number two in the Billboard 200, and being certified Gold, could have been seen as a somewhat disappointment. With only three-quarters of a million in sales, the album was a flop compared to the first two. His first album hit over three million in sales and his second was twice as successful as his third, with over one and a half million copies sold.

Fortunately for Bow Wow his new album titled Wanted, in 2005, was a success reaching number one in the rap charts. The song, Let Me Hold You, also achieved success in the Hot 100, reaching number four. A further two songs were released, and Bow Wows’ fourth album made it to one million in sales, in turn attaining the status of platinum.

The next two albums didn’t fare as well, although The Price of Fame was certified Gold, with six hundred thousand sales. The sixth album, a collaborative album with American singer Omarion released in 2009 titled New Jack City II, only managed sales of just over thirty thousand.

Since this last album was a flop Bow Wow’s musical career somewhat stalled, aside from a collaborative album with Soulja Boy, releasing no major hits or albums in the last decade. Although he signed to Cash Money Records and featured on some other artists tracks, he continually delayed the release of his own upcoming album. Finally leaving the Cash Money Records without releasing an album. He then signed on Puff Daddy’s Bad Boy Records and announced he will be releasing one final album before he retires. Unfortunately to date that is album that has never come.

Bow Wow became famous early on with the release of his first few albums yet his music fame fizzled out later in his career; appearing more on TV and film, instead.

As a rapper he has six studio album releases to his name. Three top ten hits in the US Billboard 100 charts and sales totaling over ten million copies. He made his acting career in the 2002 film Like Mike, playing a young orphan who has the opportunity to play in the NBA.

Before Like Mike, he had cameo roles in All About the Benjamins and Carmen: A Hip Hopera. Hollywood followed with parts in Roll Bounce, Hurricane Season, and The Fast and The Furious Tokyo Drift, where he played Twinkie. As well as films, the multi-talented rapper has made his mark on the small screen with appearances on American singer/songwriters show Brandy’s and the sitcom Moesha, as well as The Steve Harvey show and Garcia.

Bow Wow had a starring role in the 2010 comedy film The Lottery Ticket, where he played multi-million-dollar lottery winner, Kevin Carson, alongside fellow rapper and actor, Ice Cube. Then in 2011 he starred in Madea’s Big Happy Family with Tyler Perry. October 2013 saw Bow Wow chosen as the presenter of the Hip Hop and music and video show, 106 & Park. As well as appeared in the TV series Entourage with Jeremy Piven as well as CSI: Cyber.

Bow Wow now lives in Atlanta with his mother after announcing his retirement from rapping in August 2017, stating he couldn’t see himself rapping in his thirties.

Bow Wow became successful in rapping and later in acting because of his drive and determination from a young age, combined with natural talent.

You only have to look at the names that this rapper has been associated with from such an early age to see where the influences and inspirations came from. Performing on stage in Los Angelas at the tender age of six certainly shows high confidence and ability. The fact that Snoop Dogg was impressed is encouragement enough for any rap performer, let alone someone so young.

Being an opening act for Snoop Dogg certainly gave this young star a dream start, along with his charisma confidence and undoubted talent, it’s hardly surprising so many of his albums went platinum.

A debut album in 2000 at the age of thirteen and retirement in 2017, with a lot of early success. Six studio albums, including three platinum, numerous television appearances, and starring roles in Hollywood films such as Fast and Furious Tokyo Drift, not to mention performing on stage with Snoop Dogg as a child.

Any up and coming young rapper who needs advice could do a lot worse than look to Bow Wow for guidance. 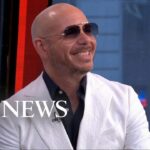 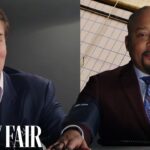