How much was Nipsey Hussle worth?

Ermias Joseph Asghedom also known as Nipsey Hussle, was born on 15th of August 1985. He was born in Crenshaw, Los Angeles to Dawit Asghedom of Eritrean descent and an African American mother, Angelique Smith.

Nipsey released his 1st mixtape in the last month of 2005 titled Slauson Boy Volume 1. This helped him to build a fanbase around a small region of the West Coast and from this, he was signed to Cinematic Music Group and Epic Records. With the release of two installments of Bullets Ain’t Got No Name in 2008, he was able to build a much bigger fanbase and people started to recognize him.

American rapper, activist, and entrepreneur Nipsey Hussle had an estimated net worth of $7 million dollars at the time of his death, in 2019. Nipsey was known for his mixtapes. Jay-Z bought 100 copies for $100 each of his mixtape, Crenshaw.

His fame continued to grow when he had a collaboration with Drake on the single “Killer” and also featured in Snoop Dogg‘s “Upside Down” which was part of Snoop’s album Malice n Wonderland in 2009. Nipsey released a 3rd installment of Bullets Ain’t Got No Name and a single “Hussle in the House”. The single unfortunately did not make it to the charts despite it being a sample of a popular 1992 single “Jump” by Kris Kross.

In 2010, Epic records faced a financial crisis, forcing Nipsey to leave the label and decided to be independent. He was then featured in the “Annual Freshmen Top 10” in XXL magazine being named as the most determined artist of his class. He was also featured in the song “We Are the World 25 for Haiti”. LA Weekly labeled him the next big L.A MC.

“All Money In” was the song that Nipsey released after the departure from Epic Records and on 21st December 2010, he released the debut mixtape featuring fellow artists MGMT and Kokane for the label titled The Marathon. He then released a sequel to it called The Marathon Continues that featured fellow artist YG and Dom Kennedy on the 1st of November 2011.

On the 17th of April the next year, he and fellow artist Blanco released a collaborative album. He then released a single with Rick Ross titled “Proud of That” in May.

He was featured on the Self Made Vol.2, the 2nd album released by Rick Ross’ label Maybach Music Group in a single called “Fountain of Youth”.

Nipsey hinted on releasing the 3rd installment of The Marathon he released the mixtape called Victory Lap, in 2013. It was delayed, it was supposed to be released in December 2012. He also announced the release of a collaborative mixtape with fellow artist YG.

In 2013, he released two songs “Face the World”, produced by 9th Wonder and “Blessings” produced by The Futuristics and 1500 or Nothin’ which were songs from his upcoming mixtape Crenshaw. He then announced in September to be releasing Victory Lap as an album rather than a mixtape.

He revealed the tracklist and the artists featured on his mixtape Crenshaw on the 24th of September and went ahead to release a documentary on the mixtape for promotional purposes. He released another sneak peek to the mixtape and announced that 1000 copies would go for only $100 each. This attracted a lot of attention, Jay-Z bought 100 of the Crenshaw Mixtape copies. Nipsey went ahead to sell all 1000 copies of the mixtape and generated $100,000 in less than 24 hours.

After releasing the mixtape he announced that his album Victory Lap would be released in 2014. The album was delayed again and he released the mixtape Mailbox Money on 31st December 2014, selling 1000 copies again for $100 each. He released another mixtape Famous Lies and Unpopular Truth in 2016 and after many delays to the album Victory Lap, it was released on the 16th of February 2018.

It entered the Billboard top 200 at number 4 and it sold 53,000 copies in its first week. Many songs including “Double Up”, “Dedication” and “Last Time I Checc’d” from it entered the Billboard Hot 100. The album was nominated the Best Rap Album category at the 61st Annual Grammy Awards but it, unfortunately, lost to Cardi B‘s Invasion Of Privacy. He also released a hit single “Racks in the Middle” featuring upcoming artist Roddy Ricch that entered as number 44 on Billboard Hot 100 in 2019.

Nipsey Hussle was a great entrepreneur, he brought unique marketing and business ideas on his quest of making his dreams a reality. He used lessons from Jay-Z and Diddy who are billionaires now. He earned an estimated $100,000 from selling 1000 hard copies of his mixtape Crenshaw. He created a record label called All Money In and he sold 300,000 copies of the album Victory Lap and had streaming of 21,000 album equivalents.

His Marathon Clothing Store was opened on 17th June 2017 where customers could purchase merchandise and also he had an app where people could preview exclusive content. He and David Gross financed the South Central L.A’s Vector 90 development, a business incubator to assist the growth of business ideas for the next generation of business leaders. He was truly an inspiration and great leader.

Overall, from his work in the music business, as well as in his other ventures. It is estimated that Nipsey Hussle had lifetime career earnings of around $8.5 million. Living and working in the state of California and with earnings of around $1.5 million dollars per year at the height of his career. It is likely that he will have had to pay taxes on his earnings of around 39%.

After tax, it is estimated that Nipsey’s career earnings were at about $5.19 million, having paid $3.31 million dollars in taxes. His total net worth was higher than his post-tax earnings however because not only did he make savvy business investments, including in his own businesses but also in the stock market. He also owned the master recordings of all of his records.

Nipsey Hussle, the rapper from Los Angeles was shot dead on March 31st, 2019 outside his The Marathon Clothing store. He died at 33 years of age. The rapper, however, left a legacy behind. His net worth at that time is estimated to have been $7 million however with Nipsey’s incredible entrepreneurial skills in addition to his rapping talent, his net worth would have likely become many times higher than that.

Nipsey Hussle went to Hamilton High School that was in the neighborhood of Castle Heights. He, however, did not graduate. He dropped out and at age 14, and went ahead to join the Rollin 60’s Neighborhood Crips which was a subgroup of a larger Crips gang based in Crenshaw. His stage name was a nickname that his friend used to call him when they were kids. It comes from comedian Nipsey Russell.

At age 19, his father took him and his brother Samuel to Eritrea in East Africa where Nipsey got the inspiration to be an activist for the community.

He was a great entrepreneur and an outstanding rapper. His success was based on the fact that he never stopped learning, he read a lot of books, and his idea of selling 1,000 copies at $100 each came from a book called Contagious by Jonah Berger. He made genuine connections and collaborations with fellow artists like Kendrick Lamar, Jay-Z, and Diddy. He built a brand that was authentic and pure. Success is a marathon and not a sprint. It takes time, effort, and dedication all of which we see in his work.

The death of Nipsey Hussle in 2019 was tragic but he left a legacy. He was a rapper, entrepreneur, and philanthropist. He had a humble beginning but his mindset made him a legend in the rap game. He was focused, determined, and hard-working. He was a great inspiration and will surely be missed. 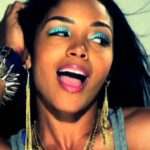 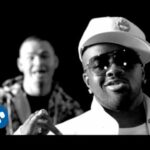