How much is Michael Richards worth?

Michael Richards is different things to different people, depending on who you are and when you paid attention. But as with always, let’s start at the beginning. Michael Anthony Richards was born on July 24th, 1949, in Culver City, CA. After graduating high school, Richards appeared on an episode of The Dating Game in 1968 before being drafted into the United States Army in 1970.

After serving in the military as a medic, he used the GI bill to attend college and study theater. While in college, he participated in both theater productions as well as improv comedy shows, preparing himself for his life on camera.

American actor, writer, television producer and comedian Michael Richards has an estimated net worth of $30 million dollars, as of 2023. He is most famous for playing Cosmo Kramer on Seinfeld, from 1989 to 1998.

His first major role came on ABC’s Fridays TV show, a weekly live comedy series much in the vein of Saturday Night Live. one of the other performers – and also one of the lead writers for this show – was a young comedian by the name of Larry David. While not a major success, Fridays achieved a bit of television notoriety when, in 1981, guest host Andy Kaufman infamously refused to say his lines during a sketch, leading to Richards throwing the cue cards down at Kaufman and causing a scuffle on the set.

After the cancellation of Fridays, Richards netted numerous smaller roles throughout the 1980’s before Larry David came calling once again in 1989 for a new show he had come up with called Seinfeld. There are two major stories here, two wildly different acts in the life of Michael Richards that have made him famous in the public eye. First, though, we’ll obviously start with the good story:

In 1989, Richards was cast as Cosmo Kramer in Seinfeld, and in so doing became one of the most famous and beloved characters in television history. The Kramer character was based on one of Larry David’s real life neighbors named Kenny Kramer (and in fact, Kramer was almost named “Kessler” so as not to stir up any unnecessary trouble).

To say that Kramer was an eccentric character would be to put it lightly; he is known for bursting into Jerry’s apartment without any notice and with bombastic fanfare, for his rather strange taste in clothes and habits (he was called, on at least one occasion, a “hipster doofus” for his wardrobe and personality combination), and for being able to seamlessly vacillate between being shallow and unfeeling and then pivot directly to being caring and responsible towards those around him.

His trademark of bursting and “sliding” into the room when he made his entrance originally came from Richards missing his cue and attempting to save the scene, but the audience’s positive reaction led to this becoming a staple of his character.

Over the course of Seinfeld‘s run, Kramer was one of the most beloved characters on the show for his wacky antics and off-the-wall style of humor and interaction with others; in 1999, TV Guide ranked him #35 on the list of 50 Greatest TV Characters of All Time, and for his role as Kramer Richards won 3 Emmy Awards for Outstanding Supporting Actor in a Comedy Series (making him the most awarded actor on the show).

After Seinfeld ended, Richards primarily returned to stand-up comedy. And…that’s where the wheels fell off. Which leads us to the second story of why Michael Richards is famous:

In November of 2006, Richards appeared at the Laugh Factory in Hollywood, CA to do a comedy set. During this set, he was heckled by a group of African-American patrons, leading to Richards infamously flying off the handle and berating the audience members with profane and racial epithets (the article in the provided link contains a video of the incident, which is obviously very NSFW).

Having watched the video, there really isn’t any explanation for the extent to which Richards excoriated the audience members; really, it’s the vitriol with which Richards lays into his victims that is so shocking, as there is nothing in what the patrons said or did that warranted even really an acknowledgment, much less a virulent racial tirade that one would expect more at a KKK rally than a comedy show.

To those who perhaps believed that Richards was doing shtick or playing a role (a la Kramer), two things: 1) there did not seem to be any “role” that he was playing in this, just an angry comedian who was interrupted and lost it, and 2) even if he was playing a role, there is no universe in which this role – and the content he spewed forth – is justified or acceptable. Richards infamously later went on David Letterman’s show – when Jerry Seinfeld was a guest – and uttered one of the most awkward apologies ever (the lowlight being Richards apologizing for the incident and the audience laughing at him like he was playing a role on Seinfeld).

Even worse, while Richards did apologize for the incident, he only apologized for doing it and left it at that; to this date, unless I’ve missed something major Richards has never offered an explanation as to why he said what he did, just that he did it and he was sorry. After the Laugh Factory incident, Richards has mostly withdrawn from stand-up and from the public eye in general, occasionally popping up for a guest appearance here and there.

Despite all that happened with the Laugh Factory incident and his career coming to an abrupt halt, Richards certainly made his money from Seinfeld. As noted previously in my Jason Alexander edition, Richards and his non-Seinfeld castmates were making an estimated $600,000 an episode by the final season, and despite not getting much in the way of royalties from syndication his Seinfeld earnings are nothing to sneeze at; his net worth is estimated to be $30 million.

Well, that depends on how you look at it. Was his career successful as a whole? Or does what happened at the Laugh Factory negate everything else that happened in his career? I would say that no, the Laugh Factory incident should not negate the great things he did earlier as Cosmo Kramer, but the fact that the incident so clearly put a halt to his career was justified. No one should be able to get away with such a hateful rant as Richards did and be able to just easily bounce back, especially when no true explanation has ever been given.

So was he successful, or was he just in the right place at the right time to obtain one of the most iconic roles in TV history? It’s tough to say, but the fact remains that Richards’s non-Seinfeld career has been curiously barren; indeed, one of the hecklers at his show shouted at Richards that (and I’m paraphrasing here) without Seinfeld, he’s nothing and a nobody. And when you look at Richards’s body of work, it’s…honestly tough to argue that point.

Yes, his time in Seinfeld makes him a success – really, how many of us will ever portray one of the most famous and beloved TV characters of all time? – but other than that, and especially taking into account what happened at the Laugh Factory, it’s hard to really argue that Michael Richards has been a success on the same level of his Seinfeld supporting co-stars like Jason Alexander or (especially) Julia Louis-Dreyfus.

Michael Richards is a tale of two cities: the heights of Seinfeld fame and the lows of his disgraceful racist rant in 2006. In the end, he does stand out as a successful star in Hollywood because he will forever be associated with one of the greatest characters in one of the greatest TV shows in history. However, he is also a cautionary tale; no matter how high you fly, no matter how great you are, when you make a horrific misstep like he did – and don’t have anything else to back you up or save you – there may no recovering from that fall. 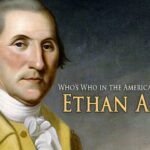 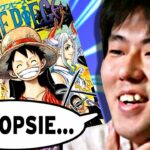