How much is Kathy Griffin worth?

You’ve seen her ripping into Hollywood’s elite, being the spokeswoman for Kathy-crazed “gays” everywhere and starring on her reality show Kathy Griffin: My Life on the D-List.

Who Is Kathy Griffin

If you imagine Hollywood as a great machine of celebrity, then Kathy Griffin is the industrial byproduct. She was formed by it, is a part of it and mocks it ceaselessly. Relegated to the self-proclaimed “D-List,” Griffin is the omnivorous eviscerator of all things celebrity, including—and often especially—herself.

American comedian Kathy Griffin has a net worth approaching $35 million dollars, as of 2021.

“I Was A Kid Who Needed To Talk”

Kathleen Mary Griffin was born in suburban Oak Park, Illinois, on November 4, 1960. The youngest of five children and the only girl, Griffin cites her family life for her early acting ambitions. “I was a kid who needed to talk. All the time,” she says. With the ability to talk came the urge to perform: young Kathy would go to the house next door and perform a little one-woman show to the neighbors, getting her first taste of “the power of juicy material” by airing out all the family gossip she could remember.

The family would also discuss current events and celebrities together. Griffin described her mother as “the ideal audience for the Hollywood dish” and the chatty young redhead would want to be armed with something to say. “It was probably more important to be full of knowledge and snappy comebacks than food,” she wrote later, “It was fear of the dinner table that got me hooked.”

Griffin moved to Los Angeles after high-school to pursue a bigger spotlight. She soon fell in love with improvisational comedy and joined the cast of the famous troupe The Groundlings alongside Phil Hartman and others. She quickly found a home in the alternative comedy movement, hosting her own show in another troupe Un-Cabaret.

Then came dozens of small roles in film and television. Griffin’s distinctive high, flat voice and manic speaking style won her lots of mileage for little airtime. She would appear as a regular character in Brooke Shields’s sitcom Suddenly Susan, but before that, had a memorable multi-episode turn on Seinfeld. In an oddly prescient bit of casting, she played Sally Weaver, an otherwise overlooked actress who becomes famous by insulting Jerry onstage.

Snipping From The D-List

Griffin continued to guest star and do stand-up until 2005, when she started her own show on Bravo!, Kathy Griffin: My Life on the D-List. The Emmy-winning reality series followed her through one outrageous antic after another as she tried somewhat facetiously to climb the celebrity ladder. With a camera permanently in her face, Griffin found a home in controversy and taking shots at other celebrities, unable or unwilling to tone it down and play nice.

Prone to blasphemous, profane, and insulting (though hilarious) remarks, she has claimed to be banned from Leno, Conan, Letterman, Regis and Kelly, The View and the Apollo Theater. She has, however, hosted the New Years Eve countdown on CNN and hosted a variety of award shows with mixed success.

After the sixth season of her show concluded in 2010 (featuring, among other things, a televised pap-smear and a barrage of jokes about Bristol Palin), she decided not to continue, focusing instead on stand-up specials and other television opportunities. “Reality is great, but I really didn’t set out to be a reality star,” she explained.   But it’s just not Kathy Griffin to leave it at that. “So now it’s time to spread my wings and show that I’m a little different than Kate Gosselin.”

Defining Quote “I gave out my number to someone at People magazine, and every time they wanted to do a scandalous piece on Brooke Shields, they would call me.”

Kathy Griffin on the D-List:

In 2005, Griffin became the star of her own reality series on cable’s Bravo network, called My Life on the D-List. The series charts Griffin’s attempts to become a huge celebrity and get in the good graces of the Hollywood elite (ironic, considering Griffin is already quite successful and is regularly nominated for awards). The series’ first season garnered an Emmy nomination for Outstanding Reality series — an award in would in win in both 2007 and 2008.

The success of D-List led to a working relationship with Bravo, who began airing Griffin’s stand-up specials.

Comedian and TV personality Kathy Griffin has made a name for herself as the queen of gossip; her comedy routines have turned into celebrity dishfests ranging from catty slams to unadulterated worship. Beginning as an improv performer with the Groundlings and slowly building her cult of celebrity over the next two decades, Griffin eventually created a large, devoted fanbase and by the 2000s had become one of the biggest names in stand-up (with the help of her Bravo reality show My Life on the D-List). She’s quite prolific, too, often releasing two stand-up specials in a single year.

Kathy Griffin is an American comedian and actor who has a net worth of $35 million dollars, as of 2021. 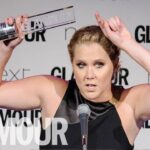 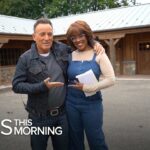