How much is Kate Bosworth worth?

We had a Blue Crush on the actress before she was lucky enough to Win a Date with Tad Hamilton! and got airborne in Superman Returns.

Who Is Kate Bosworth

As a kid, Catherine Ann Bosworth lived with her parents in Los Angeles, where she was born, until she was six, before bouncing from San Francisco to Connecticut and Massachusetts. It’s safe to say that Kate called quite a few different places “home” but it didn’t matter what state she was in, the youngster was happy anywhere where she could ride horses.

Already a champion equestrian, Kate was thrilled when she heard that a movie about horses was casting young actresses who were experienced riders and she decided to give it a shot. It turned out that Kate couldn’t only hold onto the reigns but she could hold her own behind the camera—the 14-year-old landed a small role in the 1998 Robert Redford film The Horse Whisperer (1998).

American actress Kate Bosworth has a net worth of $25 million dollars, as of 2021.

But the hit film wasn’t Kate’s entrance into the industry. She headed to high school while auditioning for small roles on the side and eventually got lucky when she scored a part on the TV series Young Americans.

In the WB drama, which replaced their hit Dawson’s Creek, Kate was the only actual high schooler amongst a cast of actors portraying high school kids. But her real-life education would have to be put on the back burner as her career began to gain momentum when she appeared in Remember the Titans alongside Denzel Washington.

The flick that would catapult Kate to the epicenter of the celebrity world would come with an itsy bitsy bikini. Kate scored the starring role in the surf movie Blue Crush in 2002. The buxom beach babe made major waves with her breakout role and soon skyrocketed to ‘it’ girl status in flicks like Wonderland (2003), Win a Date with Tad Hamilton (2004) and joined the exclusive group of actresses to portray Lois Lane in Superman Returns (2006).

Just as remarkable as her fast track to fame was her ability to snag some of Hollywood’s hottest men—actors Matt Czuchry, Orlando Bloom and model James Rousseau were amongst Kate’s high-profile conquests. But it was on the set of her 2011 flick Straw Dogs that Kate met a keeper—True Blood hottie Alexander Skarsgard.

She’s the perpetual topper of Hot 100 lists and we have a feeling that starlet will be rivaling Hollywood’s hottest for years to come.

Defining Quote “I was trying to formulate my identity in extraordinary circumstances, so that in itself is really quite overwhelming.” 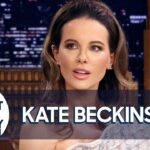 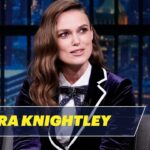