How much is Jaden Smith worth?

Who Is Jaden Smith

Jaden Smith is the son of Will Smith and Jada Pinkett Smith. He is also the older brother of singer Willow Smith. He is an actor and a rapper. His role in The Pursuit of Happyness (2006) was his first role, and also his first appearance with his dad.

We calculate Jaden Smith has a net worth of $9 million dollars, as of 2021.

Jaden is the younger son of Will Smith, born July 8, 1998, in Malibu, California. Jaden is a musician and an actor – his first role with his father, Will Smith, won him a Breakthrough Performance award at the 2007 MTV Movie Awards. After this first starring role, Jaden played Jacob in the 2008 remake of the 1951 classic The Day The Earth Stood Still. Jaden followed with another remake, this time, The Karate Kid, alongside Jackie Chan in 2010. In 2013, father and son teamed up again in After Earth, a post-apocalyptic sci-fi film, based on an idea conceived by the senior Smith.

Jaden turned to his music after starring in After Earth – the film having garnered some criticism. Jaden had earlier appeared with Justin Bieber in a song called Never Say Never, and had also in 2012 released his debut mixtape The Cool Cafe. In 2014, he released a sequel to that mixtape named CTV2.

Musically, Jaden released his first studio album Syre in 2017, having worked on it for three years. Four singles were released progressively prior to the album’s launch – Fallen was released on December 5, 2016, Batman and Watch Me on July 14, 2017, and Falcon on November 16. Syre when released charted at no. 24 on the US Billboard 200 and Icon released as a single on the same day peaked at no. 3 on the Bubbling Under Hot 100 Singles chart.

Since then, Jaden has released other works on social media, like Syre: The Electric Album was released on his Instagram in 2018, the year of his 20th birthday. This is a re-work of Jaden’s first album Syre, taking inspiration from Jimi Hendricks and the Beatles‘ Sgt Pepper’s Lonely Hearts Club Band. On July 5, 2019, Jaden released his second studio album, Erys, which debuted at number 12 on the US Billboard 200.

How did Jaden Smith get so rich?

Jaden Smith is an up and coming rapper who already has over 15 million followers on Instagram. After a stint at film acting, he wanted to develop his music career; releasing two studio albums so far with the albums and singles becoming hits and charting on the US Billboard 200.

Apart from his music, this talented young star has starred in a few movies, notably, The Karate Kid which raked in some $3 million dollars for him. Music and acting are not his only forte. He has been featured in a Louis Vuitton ad campaign for women wearing skirts, which he steadfastly continued for the ad campaign despite the controversy it created, as he wanted to pave the way for kids who are bullied in school just because they are different. Is it any wonder that GQ magazine termed him “A League of his own”, fashion-wise.

This rising star also has his own clothing company, producing hoodies and other apparel. In the area of social contribution, Jaden is also not lacking as he is partner of Just Water, a project that aims to bring clean water to poorer nations with its cheap water filtration system.

Besides being the son of Will Smith, Jaden has become well-known on his own merits with his film works and music. Of course on social media, Jaden is tremendously popular with a large following. His social media posts are quirky and funny, for example, his rant on social media after failing a driving test which a lot of people found funny.

Winning an MTV Movie Award for his role in the Pursuit of Happyness is pretty rare for a child actor. Being in the Karate Kid with Jackie Chan all but sealed Jaden’s fame with audiences worldwide, East and West.

Even with negativity going around him, Jaden chose to never give up. He may have received negative reviews for his performance in After Earth but he did not call it quits in his movie career. Yes, the movie bombed in the box office, and critics were not too kind to Jaden Smith when they called his performance underwhelming and a far cry from his performance in Pursuit of Happyness. He wanted to bounce back after that and show critics that they made a mistake in labeling him negatively. He knows that that adjective should never exist in his family. In fact, after that, he got many more movie-offers like starring alongside Academy Award Winner Cuba Gooding Jr. in Life in a Year. He was also in The Get Down. In June of 2018, Crystal Moselle’s Skate Kitchen released its first official trailer showcasing Jaden as the main character. The film was officially released on August 10, 2018, after being showcased at Sundance in Winter 2017. He will next star in Life in a Year alongside Cara Delevingne.

Jaden always makes sure he accomplishes something new each day whether it is working on a new song or practicing his acting skills. He’s certainly come a long way from just being that kid in “Pursuit of Happyness”.

In fact he has created an entirely new persona and image since then. Branding himself through fashion and personality far removed from his father, acting genius Will Smith.

Jaden Smith is known to most fans as the boy of Will Smith. Although many may say that with such a famous and talented father, Jaden already started with a big advantage, but this young star has proved his mettle. He is still young and has a long way to go, but if his recent successes are anything to go by, we’d say the future certainly looks very bright for Jaden. 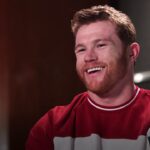