How much is Tyler, The Creator worth?

About Tyler, The Creator

Tyler Okonma, more popularly known as Tyler, the Creator, is most well known for being a west coast rapper, rising to prominence with his hip-hop group Odd Future Wolf Gang Kill Them All, which is usually shortened to “Odd Future”. The group is notable for also including Frank Ocean and Earl Sweatshirt. Not only a rapper, but Okonma is also a fashion designer, director, and he creates the cover art for all of his album releases, which often have many different covers depending on the album format.

American rapper, musician, songwriter, record producer, actor, visual artist, designer and comedian Tyler, The Creator has an estimated net worth of $14 million dollars, as of 2022. In the early 2010s, Tyler became famouse as the co-founder and de facto leader of alternative hip hop group Odd Future.

Odd Future was founded in 2007 and in their formative years, released several mixtapes together and separately, and Okonma served as producer for most of the projects. His debut mixtape, Bastard, raised eye-brows for both it’s impressive content and the highly controversial lyrics.

This became Okonmna’s thing, as he would frequently say highly offensive things, or visually inappropriate videos, seemingly for the sake of offending people. He became famous by being controversial. His music video for the track “Yonkers” is now infamous as it features Tyler eat a cockroach followed by him hanging himself. This was a strategy that totally paid off because, whether people loved or hated Tyler, Both camps would talk about anything related to him.

Okonma’s profile sky-rocketed in 2011 when his debut album, Goblin, was released and he started to gain fans outside of people who exclusively listened to rap, and began getting offers to perform on late night shows. He performed on Late Night with Jimmy Fallon and there had never been a performance on the show quite like it. He performed the track “Sandwitches” with fellow Odd Future member Hodgy Beats.

The performance was full of somersaults in ski masks, a girl dressed as Samara from The Ring, screaming in guests’ faces, and ultimately terrifying Jimmy Fallon and his crew. Members of the audience were shouting “Free Earl!,” a chant that had become popular at Odd Future gigs at the time. After this performance Tyler leaped in to stardom and he was leading the rap Zeitgeist.

Method Man, a primary member of arguably the most controversial and popular rap group of all-time, even named Odd Future the new Wu-Tang.’

Every single one of his albums have been in the top five of the Billboard 200 on the week of release with almost every album doing better than the last. His most successful of his albums is his latest, 2019’s Igor, which reached number one. Igor features his most popular song, “Earfquake,” which has over 65 million views on YouTube and over 320 million listens on Spotify.

Besides Tyler’s consistent recording output, he has pursued other ventures that have been financially successful, such as his music festival, Camp Flog Gnaw Carnival, a music festival in Los Angeles, which has gotten bigger year on year since 2011. In which the likes of Solange, Drake, SZA, Lana Del Rey, and Lil Wayne have headlined.

Even the festival isn’t without controversy, as it was heavily hinted the headliner of the 2020 line-up would be Frank Ocean, causing waves of excitement, only then to be revealed as Drake, causing an upset and Drake to be booed off stage. Nevertheless, tickets for the festival sell out within hours every year.

Tyler also created his own TV Show, Loiter Squad, a sketch show which lasted for three seasons and caught the eye of Johnny Knoxville and other Jackass stars, as well as high profile rappers like Lil Wayne and Juicy J. Though the show was short lived, it wasn’t due to unpopularity. The show was loved but ended due to Odd Future moving on to different projects. Tyler’s videography doesn’t end there, he even got a deal directing absurd commercials for Mountain Dew.

Tyler is productive, he is always working. For his young ae, Okonma is extremely talented and already has six albums under his belt, he even founded his own record label at the age of 21, Odd Future Records, which began in 2011, though it has been inactive for the passed four years.

He is extremely influential and a lot of musicians have tried to mimic his delivery. Even Flying Lotus, an established musician in his own right long before Tyler was on the circuit, created the rap pseudonym Captain Murphy in 2012, whose baritone deliver was a clear plagiarism of Tyler’s identity.

Tyler is always evolving and trying to learn new ways of producing, which is what keeps his music so captivating and why people who were uncertain of their feelings towards the rapper 10 years ago are now completely in love with his work.

Not only that, but Tyler’s lyrics are so ambiguous that fans obsess over them and speculate what it means. The mystery of Tyler, the Creator keeps people wanting more.

Tyler is not married and has no children. In his personal life he has likely spent $2-3 million dollars of his career earnings but also earned $1.5 million dollars from his investments. In real estate, Tyler bought a Bel Air property for $7.9 million dollars in 2022.

As he will have also had to pay around $2-3 million dollars in business related costs, it is therefore estimated, that Tyler, The Creator has a net worth of about $14 million dollars.

Tyler goes by the standard that any press is good press. He was banned from the UK in 2015 due to his controversial lyrics, and when the ban was lifted in 2019, the response to his first surprise gig in London was so overwhelming that the event had to be shut down due to the sheer amount of attendees.

The more music he makes, the more soulful and less gritty it is. With each passing record, more popular artists guest feature, and he is being recognized as a great producer in the pop landscape, with his most recent albums featuring Kanye West, Kali Ulchis, and Jayden Smith.

In 2020, he finally won a Grammy, something he felt he deserved for a long time, though he later expressed his concern for the label “urban” being used at the ceremony, calling it racist. However, I doubt that will stop him from winning more in the future as he’s not even 30 and he already knows more about the music industry than people who have been in it for decades. 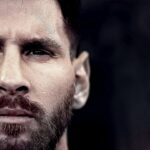