How much is Will Smith worth?

“If it was something that I really committed myself to, I don’t think there’s anything that could stop me from becoming President of the United States.” — Will Smith

Who Is Will Smith

It seems like light years since he was Will on The Fresh Prince of Bel-Air, but his role as a doofy teenager from the slums of Philly turned a skinny rapper into an Academy Award-nominated megastar and one of the most respected and bankable actors today.

He has an impressive film career, having starred in famous movies such as Men in Black and The Pursuit of Happyness. He has won numerous awards and amassed a formidable net worth throughout his career. This is how Will Smith became the award-winning actor and charming internationally known celebrity he is today.

As a kid growing up in West Philadelphia, Willard Christopher Smith got the nickname “Prince” for his ability to charm his way out of every situation. With his gift of gab, it was only natural that he started to rap when he was 12. When he was 16, he met Jeff Townes at a party, and the two teamed up to form DJ Jazzy Jeff & the Fresh Prince.

The duo found almost instant success thanks to their humorous, kid-friendly rap songs like “Girls Ain’t Nothing but Trouble” and “Parents Just Don’t Understand.” By the time he was 18, Smith was already a millionaire and opted not to pursue college, but in 1990, he almost went bankrupt when the IRS came calling with a bill for unpaid taxes.

That same year, he got a stroke of luck when he was approached by NBC to star as fictionalized version of himself in a sitcom. The Fresh Prince of Bel-Air, about Will’s adventures moving from a rough neighborhood in West Philly to live with his rich uncle in affluent Bel-Air, California, became a huge hit. In its six seasons on the air, the series spawned an iconic theme song and endeared Will to audiences all over the world.

When The Fresh Prince ended in 1996, Smith had matured from a goofy kid to a mature 28-year-old and his career did the same. He didn’t miss a beat on the road to a lucrative film career starring in Independence Day, a huge summer blockbuster about a hostile alien invasion. In less than two years, he was commanding an eight-figure salary for Enemy of the State. At the same time, he kept producing music hits with his two platinum solo albums Big Willie Style (1997) and Willenium (1999).

His film career hit a speed bump in 1999 with the ill-advised decision to forgo the lead role in The Matrix for Wild Wild West, which flopped. But he came back in grandiose fashion with 2001’s Ali. For his portrayal of boxing legend Muhammad Ali, Smith had to undergo a grueling training regimen and gain over 30 pounds of muscle. The hard work earned him Golden Globe and Academy Award nominations for Best Actor. The successes continued from there with films like Hitch (2005) and The Pursuit of Happyness (2006), which gave him the chance to star alongside his real-life son Jaden and brought him his second Best Actor Oscar nom.

Despite his rollercoaster career and status as a charming heartthrob, Will’s personal life has been relatively tame. He was married in 1992 to Sheree Zampino, but the pair divorced three years later. They have one son together, Willard “Trey” Smith. In 1997, he married actress Jada Pinkett, and the two have been together ever since. They have two children together, Jaden and Willow. And these mini Smiths seem to be following in mom and dad’s famous footsteps. Willow is the newest pint-sized diva to hit the pop world and Jaden is making his mark on the silver screen.

Smith has come a long way from playing a rebellious teenager in baggy neon clothing to a respected actor and family man. In 2007, Newsweek named him the most powerful actor in Hollywood. He has even expanded his resume to include production credits for films like Hancock and Seven Pounds.

Will Smith’s success comes from his single minded determination to achieve his goals, as well as his acting skills. Though he started out as a rapper, he was able to break into the film industry, and has since blown up as one of the most recognizable and iconic actors of all time. His success, including both his wealth and renown, are attributable to his determination to become a rapper, which led to his explosive film career. Will Smith will likely continue to add onto his film portfolio and further build onto his wealth and fame.

How did Will Smith get so rich?

Throughout his dynamic career, making the transition from rapping to acting, Will Smith has achieved an immense net worth of $355 million dollars. He has had a booming career in the film industry, and is easily recognizable for many of his roles. His large fortune and tremendous net worth can be exclusively attributed to his acting career, as he decided to give up rapping and go all in with his movie career.

Will has starred in many notable films, including Bad Boys, Shark Tale, The Pursuit of Happyness, and Suicide Squad. He also starred in the Men in Black film series, which served as his big breakthrough into stardom. These movies were hugely successful, with four installments to date, though Will only starred in the original three. The original three films in the series, Men in Black, Men in Black II, and Men in Black 3, were all incredibly successful. The first movie earned over $589 million dollars in the box office and, though the second movie only made over $441 million dollars, there was a box office resurgence for the series when the third film was released, as it grossed over $624 million dollars.

Will Smith’s impressive net worth and large fortune come exclusively from his acting career, as his roles are easily recognizable and highly profitable. Thanks to his incredible acting skills and charismatic personality, Will has been able to amass a sizable fortune throughout his career.

Will Smith knew he wanted to be a rapper before he even graduated high school. Attending the Massachusetts Institute of Technology, or MIT, was an option for him, but he never applied because he already knew he wanted to rap.

He started as the MC of a hip-hop duo that consisted of himself and his childhood friend Jeffrey Townes, who worked as the turntablist and producer. Will went by the “Fresh Prince,” while Jeffrey went by the name “DJ Jazzy Jeff.”

Their music career was successful, winning them two Grammys, though this wasn’t what launched Will into stardom. He attracted attention and gathered a following with his music, but wasn’t quite the internationally known cultural icon he is today.

He was struggling financially when he was offered a contract by the NBC television network in 1990. Will signed with them and became the star of a sitcom they built around him called The Fresh Prince of Bel-Air. The show, much like his music career, put him on the map and was successful, though it wasn’t what turned him into a worldwide celebrity. However, it did set him on the path to stardom by starting his acting career.

Will’s big break came in the hit 1997 film Men in Black, which he had a leading role in. He starred alongside Tommy Lee Jones, and they were both acclaimed for their performances. Men in Black was successful, and Will Smith was launched into international renown by his performance. Thanks to his acting skills and single minded determination to find success, Will Smith is now one of the most famous actors in the world, and will likely continue to build his film portfolio and amaze audiences around the world.

In West Philadelphia born and raised, Smith introduced himself to the entertainment world as a rapper. Together with his childhood friend Jeffrey Townes, the duo went by DJ Jazzy Jeff & The Fresh Prince. In 1988, they won the first Grammy awarded in the Rap category.

The Fresh Prince of Bel-Air

In 1990, NBC began the sitcom “The Fresh Prince of Bel-Air,” in which Smith stars as a teen sent from West Philadelphia to live with his wealthy aunt and uncle in Bel-Air. The Emmy and Golden Globe-nominated sitcom ran for six seasons.

The show is credited with helping launch his film acting career. Among his first roles — 1993’s “Six Degrees of Separation” and “Bad Boys” in 1995.

In 1996, he starred in the blockbuster success “Independence Day,” and later alongside Tommy Lee Jones in the 1997 hit “Men in Black.”

He later turned down the role of Neo in “The Matrix” to play Army Captain James T. West in 1999’s “Wild Wild West” — a choice he later called a mistake.

In 1997, Smith married fellow actress Jada Pinkett, and the couple have two children together.

In 2008, Smith won a Best Actor Saturn award for “I Am Legend.” He’s won four Grammy Awards, and has been nominated for four Golden Globes and two Academy Awards. Barbara Walters put Smith on her “10 Most Fascinating People” list in 2008.

Smith had eight consecutive films earn more than $100 million in U.S. box offices — the only actor with that distinction.

Will Smith started out as nothing more than a high school kid who wanted to rap, but has since achieved so much more than that. He has become one of the wealthiest and most notable actors of all time, and his performances are easily recognizable and exceptional. Thanks to his charm and talent, Will Smith is now an incredibly well known celebrity who will continue to amaze with his performances in upcoming films. 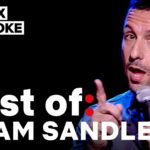 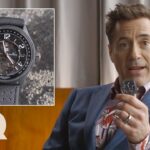