How much was Freddie Mercury worth?

Who Is Freddie Mercury

Freddie Mercury was a famous singer, producer, and songwriter from Britain. Freddie was born in Zanzibar, a territory of Tanzania, and his real name is Farok Bulsara. He got the name Freddie when he started playing with the high school band ‘The Hectics’ in London because the members of the group had problems pronouncing his real name.

He is best known for being the frontman of the legendary music group Queen, which still occupies the music charts with its hits. He is considered one of the greatest singers in the history of pop-rock music, and he was known for his performances and vocal abilities.

British singer Freddie Mercury had a net worth of $50 million dollars at the time of his death, in 1991. His girlfriend was Mary Austin, before he came out as gay.

How did Freddie Mercury earn his net worth?

Freddie and Queen needed to release three albums before they got much audience attention and fame. With the release of their legendary song Killer Queen, which hit all the top of the UK music charts, the band started making big bucks. In fact, Freddie and the band started making so much money from gigs and concerts, that Freddie bought a house in London for £500,000, that’s about £1.5 million pounds today. It had 28 rooms, and this was just a few years after the band was formed.

One of his most impressive performances with the band Queen took place in Live Aid in 1985. Their concert was later rated as the biggest live performance in the history of rock music. Clips of the performance were shown on the television program “The World’s Greatest Gigs”, and the singer’s strong and enduring voice was called “a note that was heard around the world”. During his career, Freddie has performed at about 700 concerts around the world with the band.

They were the first band to play in South African stadiums, and then going on to break the world record for “Highest Attendance” in 1981, at Morumbi Stadium in Sao Paulo. Five years later, they held a concert in Budapest attended by over 80,000 people, making it one of the largest performances ever held in Eastern Europe. The singer’s last live performance with the band Queen took place on August 9, 1986, in Knuworth Park in England, which was visited by over 160 thousand people. All the fame, concerts, attention that Freddie received in his career brought him huge amounts of money.

He has collaborated with big names, including Fred Mandel, who worked with him on his solo career, Morgan Fisher, Mike Moran, who worked with him in the studio, and Spike Edney, who helped him with concerts. All of these collaborations point to the popularity and respect that Freddie gained during his music career.

Why is he still so famous?

Freddie’s life took a turn when his family moved from Zanzibar to a small house in England. He started school, finished his studies and after that, he joined several music bands in which he was a vocalist and most often the frontman. In his spare time, he would sell second-hand clothes in London, along with his girlfriend Mary Austin, to earn extra money. His family was not particularly well off, so Freddie had to make his own way.

In April 1970, he formed a band called Smile with guitarist Brian May and drummer Roger Taylor. A year later, they were joined by a bassist named John Deacon. Although the members of the group voted against it, Mercury named the band Queen. He also officially changed his last name to Mercury. Interestingly, he designed the recognizable logo of the band, by merging all the signs of the Zodiac by the members of the group.

In addition to the music career he built during the Queen’s work, Freddie was also known for his solo career during which he released two albums and several singles. Although his songs were not as successful as those in the group, both albums reached the top ten on the British music charts. Certainly however, it was Queen that was his springboard into the world of famous and successful people.

What made his so successful?

Mercury was known for his live performances, which he often performed in stadiums around the world. He possessed an extremely theatrical way of performing which encouraged the audience to participate making the experience immersive. His main prop was a broken microphone stand that was accidentally broken on one occasion, after which the singer realized that he could use it in a million ways.

The most prominent part of his creative process was the number of genres he mixed. Some of them are progressive rock, gospel, disco music, and metal. He stated that he was always motivated by the desire for change, as well as meeting various types of music. Some of them are Indian, American, and British. In addition to taking inspiration from theater and film to write songs, it is unusual that his compositions were very complex, often composed of a handful of chords and stanzas. Although Mercury was an exceptional composer, he often said that he could barely read notes.

What made him different and unique from the others was his charisma, the empathy he created with the audience, his self-confidence, and mastery of the stage on which he performed. People adored his every move, he was unpredictable, innovative, unique, and most importantly, he was being himself all the time.

Freddie Mercury is one of the most famous and beloved musicians in history. He blew through so many taboos and went our rocking til the end. His impact on music is lasting and unforgettable; many remember him for the concert that took place after his death. The concert that was in honor of the singer was held at Wembley Stadium in London and was attended by some 72,000 people! As well as numerous famous groups, such as Metallica, Def Leppard, Guns N ’Roses, U2 and others.

Here’s a list to leave you with, it’s the reasons why Freddie Mercury was so successful…

He delighted millions of people with his style, perseverance, grace, and extraordinary character. That is why it is not surprising that he is one of the most famous public figures ever. 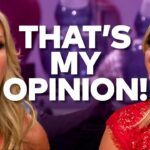 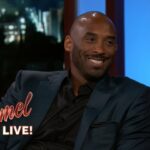