How much is Playboi Carti worth?

Who Is Playboi Carti

Playboi Carti is the stage name of Jordan Terrell Carter, who was born on September 13, 1995. He is a popular American rapper, singer, and songwriter. He was previously signed to the underground label Awful Records that’s based in Atlanta, however, after he rose to popularity, the singer signed a recording deal with Interscope Records and AWGE Label, with the latter being owned by the hip hop collective ASAP Mob that helped him in the beginning of his music career.

Playboi Carti released his very first mixtape in April 2017, and soon released his debut album “Die Lit”. His album received generally positive reviews and immediately landed at number three in the Billboard 200 chart. Both projects were very successful and played an important part in the rising rapper’s career.

We calculate Playboi Carti has a net worth close to $10 million dollars, as of 2021.

How did Playboi Carti get so rich?

The young rapper became rich after he signed a major deal with some well-known labels. In 2015, after he released his first singles “Broke Boi” and “Fetti”, Playboi Carti gained more attention from the media and fans. In 2015, he began collaborating with many artists from the underground rap scene in Atlanta – Lil Yachty, Yung Bans, Thouxanbanfauni, Ethereal, and, his cousin, UnoTheActivist.

In 2016, Playboi Carti signed a recording deal with both Interscope Records and the aforementioned AWGE imprint (A$AP Mob’s label). Shortly after, in April 2017, the rapper released his debut mixtape – “Playboi Carti”. The mixtape reached number 12 on the Billboard 200 chart and had a commercial success. It was noticed by a wide variety of popular magazines such as XXL, Pitchfork, Spin, PopMatters, and HotNewHipHop. Two of the singles from the mixtapes that did well and helped Carti receive more attention were “Magnolia”, and “Woke Up Like This”. Not only did “Magnolia” debut at number 12 on the Billboard Hot 100 but it also amassed more than 65 million streams on Spotify within a month of its release.

In the middle of 2017, to further promote his mixtape and upcoming debut album, Carti embarked on his very first tour with the famous artists Gucci Mane and Dreezy. At the same time, he appeared in two other songs that became hits – “Raf” and “Summer Bummer”. The first was a song from A$AP Mob’s second album, while the second, which featured both Carti and A$AP Rocky, was from Lana Del Rey’s fifth studio album called “Lust for Life”.

Playboi Carti became famous after he released his very first studio mixtape. The rapper was born in Atlanta but raised in Fairburn, Georgia. He attended the “North Springs Charter High School” but swayed away from the idea of obtaining a higher level of education. It was because of both music and work that Carti barely graduated high school.

Before he became a rapper, Carti stated in many interviews that he wanted to be an NBA star. He has cited Michael Jordan, Tracy McGrady, Allen Iverson, and Vince Carter as the main inspirations behind his love for basketball. During his high school years, he also worked at an H&M shop for a short time, however, that didn’t last long either and soon he quit the job to pursue his musical career.

He began rapping in his teen, around 2011. At that time, he was using the pseudonym “Sir Cartier”. Two years after using that name, in 2013, he decided to change it to Playboi Carti. To further pursue his career, the young rapper moved to New York. It was there that Carti met ASAP Bari, who is a founding member of the ASAP hip hop collective. ASAP Bari then introduced Carti to ASAP Rocky and he quickly became a mentor to the aspiring rapper. Between 2014 and 2015, Carti moved to Texas with ASAP Rocky so he can learn more from him.

Playboi Carti set out to be a success in life whether it was going to come from the rap game, or as an NBA player. As he grew older his dreams shifted from basketball to becoming a rap star. That might have been because he stopped growing and at 185 he may not have been able to compete professionally in the NBA.

Playboi Carti took advantage of his successful first mixtape and, almost a year later, he released his debut studio album “Die Lit”. The album was released in May 2018 and was met with positive reviews. In just one week, it sold more than 61,000 album-equivalent units, and right after its release, it debuted at number three on the Billboard 200.

The album includes a lot of guest appearances from many popular artists – Travis Scott, Nicki Minaj, Bryson Tiller, Gunna, Young Thug, Lil Uzi Vert, and Chief Keef, among many others. A year after its release, the album was certified gold by the RIAA, becoming Carti’s first album to achieve this accomplishment. Just like he did previously with his mixtape, the young rapper embarked on a national tour to promote his first album. This marked the rapper’s first tour in which he was a headliner. The tour started at the end of July and ended in mid-August 2018 and, just like the album, it was a success.

Because of his unique way of rapping, Carti is often described as a “mumble rapper” whose music is melodic, playful, and hard-hitting. But besides creating music, Carti is widely known for being a fashion addict. He’s been dubbed by many magazines the “leader of a more youthful style”. The rapper has stated many times that his favorite brands are Balmain and Raf Simons.

Apart from gracing the covers of magazines like FADER, Pause, Brick, and Them, Carti has worked as a model many times. Among some of his most notable appearances were for Louis Vuitton, Yeezy Season 5 (by Kanye West), VFiles, and OVO Lookbook (by Drake). Besides modeling, he has also taken part in many commercials for brands like Nike, Virgil Abloh, and Off-White.

Playboi Carti is one of the role models of the new generation. Thanks to the success of both his debut mixtape and studio album, the rapper quickly gained popularity and got millions of fans from around the world. In 2020, he is yet to release his second studio album titled “Whole Lotta Red”, however, the rapper hasn’t announced any details yet. With Playboi Carti one thing is certain, this hit-maker knows how to mix fashion and rap and he’s certainly doing it with ease. 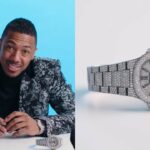 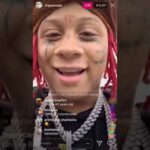