How much is Charlie Puth worth?

Charlie Puth, whose real full name is Charles Otto Puth Jr., is an American actor, record producer, singer, and songwriter whose initial exposure came from the viral success of his music videos on YouTube in the early 2010s. Puth is a skilled singer and songwriter from New Jersey and his highly praised singing and songwriting abilities have earned him a fortune.

Since 2019, it is estimated that Puth has earned income equal to a salary of $4.5 million dollars per year.

American singer, songwriter, and record producer Charlie Puth has an estimated net worth of $22 million dollars, as of 2023. Puth’s initial exposure came through the viral success of his song videos uploaded to YouTube.

In September 2009, Puth created his own YouTube channel called Charlies Vlogs, where he posted comedy videos and acoustic covers. A few months later, he released his first song “These Are My Sexy Shades” accompanied by a music video. In December that year, he self-released his debut studio album titled The Otto Tunes. He impressed television star Ellen DeGeneres who signed him to her label eveleneleven.

Charlie Puth originally became famous from the music videos of his songs “Marvin Gaye”, “One Call Away”, and “We Don’t Talk Anymore”. He was born in Rumson, New Jersey on December 2, 1991. He’s the first of three children to Charles Sr. and Debra Puth. His father was a builder and real estate while his mother, who is Jewish, worked as a music teacher, and wrote many commercials for HBO.

He is three years older than his siblings, the twins Mikaela and Stephen. When he was four years old, Charlie’s mother introduced him to classical music. She taught him to play the piano and by the age of ten, he was already familiar with jazz music.

During his pre-teen years, he attended several events and ensembles. Around the same time, he was also selected to play in the Charlie Brown production, which was run by The Count Basie Theatre. When he was fourteen years old, Charlie recorded and produced his very first (Christmas) album called Have a Merry Charlie Christmas that he went on to sell around his town.

From the sales of his album, he began to earn enough to focus on his career as a professional singer. After his graduation from the Rumson Fair Haven Regional High School, he attended the Manhattan School of Music Pre-College. He graduated in 2013 with a major in music production and engineer from the Berklee College of Music.

After leaving Ellen’s record label, he continued to upload on YouTube. He worked with many YouTube personalities, including Shane Dawson, Ricky Member, and SHAYTARDS. With his music releases and work on YouTube, Puth had earned an estimated net worth of $750 thousand dollars by 2014.

In early 2015, his music abilities impressed the officials of Atlantic, and all of his previous records were removed. In February, he released his first major-label song “Marvin Gaye”, which was followed by the international hit “See You Again” that he produced and took part in along with Wiz Khalifa. “See You Again” became the best selling-song of 2015 worldwide, with combined sales and track-equivalent streams of 20.9 million units according to IFPI.

After “One Call Away” was certified double Platinum by the RIAA with a recorded 1.76 million copies sold in the United States alone.

Throughout the next two years, the artist continued to release songs that had international success and received gold and platinum certifications in America, Canada, and multiple European countries.

The album was a commercial success that entered more than twenty music charts worldwide. It received platinum and gold certifications in Denmark, France, Netherlands, Italy, New Zealand, and many other countries. His sophomore album titled Voicenotes, and released in May 2018, was just as successful as the first.

Concurrently with creating music for himself and for other artists from various places around the world, Charlie Puth also became a television personality. His television debut came in the series Astronauts @, where he appeared as himself.

His other most memorable appearances on television are in the likes of Undateable, The Voice, Life in Pieces, Drop The Mic, and One World. Charlie has also performed and appeared in many international realities such as Denmark’s Go Morgen Danmark, Japan’s Smap x Smap, and France’s Taratata and Ca Vous.

Charlie Puth is a pop singer that began singing during his adolescent years. A few decades later, he started his own YouTube channel thanks to which he became a viral sensation. Now, he has earned millions from his music which has also brought him both international fame plus a lot of awards and notations. 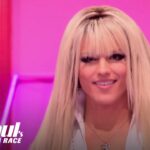