How much is Shane Dawson worth?

Shane Dawson, or Shane Lee Yaw, is a thirty-one year old successful internet personality from Long Beach, California. He was among the first to emerge from the YouTube online streaming platform, which he joined in 2008. His early work ranged from sketches and he even releasing six original songs, earning over half a million views by 2010. He has since remained on the platform, and is now well known for his conspiracy theories, make-up videos and internet documentary series.

We calculate Shane Dawson has a net worth of as much as $15 million dollars, as of 2021.

How did Shane Dawson get so rich?

Dawson’s wealth came predominantly from his YouTube career and the popularity he gained from it. Dawson grew up in a poor family, and was working at Jenny Craig along with his mother and brother, before they were all fired after Dawson filmed and uploaded a video of himself pole dancing in his workplace. Shortly after this, Shane Dawson began earning an income from the revenue his YouTube channel created as it became increasingly popular. As his channel grew, Dawson was able to financially provide for himself, as well as his family, due to the amount his channel, music and film projects, as well as his merchandise, earned.

Before joining Youtube, Shane Dawson enjoyed making videos with his friends after turning videos in for school projects. He joined YouTube in 2008 with the channel ShaneDawsonTV, way before becoming famous on the platform was really a thing, in order to share his passion for film making, most of which were sketches based on his favorite things.

He created many characters for his sketches, most of which were based on cultural stereotypes, leading to some controversy further down the line. By 2010 he had almost eight million subscribers. Soon after this, his channel started to decline slightly due to his original audience maturing and developing different senses of humor. Dawson realized that in order to stay relevant to his audience, he needed to let his content mature with it. From here his content changed from mostly sketches to include his very popular conspiracy theory series, short films, and collaborations with other well-known faces on the platform, such as Joey Graceffa and Tyler Oakley.

Between 2008 and 2013, Shane Dawson released ideas for multiple TV shows and began, starred in Smiley, a film which was released in theaters, and began his music career by releasing his first mainstream single, SUPERLUV! On March 31, 2012, releasing four other songs in the following year.

He followed this by starting his podcast, Shane and Friends in June, 2013. He began pitching a series about him working at a weight loss center the same year, something close to his heart due to his own struggles with weight loss in the past. He also starred in a film he directed, titled Not Cool as part of a competition. Though this movie was not well received by some, Dawson won the competition and $250,000 as prize money for future films.

During this time, he continued to gain subscribers who enjoyed his content and shared his sense of humor. In 2015, he released his first book, I Hate Myselfie: A Collection Of Essays, closely followed by his second book, It Gets Worse: A Collection Of Essays, in 2016. In 2017, Dawson began shifting the focus of his main channel, now named Shane, to serious documentary series, intended to educate. This was a fantastic choice for Dawson, who gained millions of views as well as media attention in the first week after uploading his first documentary series , The Truth About TanaCon which has gained some 25 million views to date. He has since uploaded five more documentary series, all bringing him millions of views and another huge rise in popularity.

Because Shane Dawson has been on the YouTube platform for so long, he has an advantage when it comes to knowing how to keep an audience engaged, as well as being a naturally talented film maker. He is successful because he has allowed his content to change and mature with his audience, meaning that he keeps more of his original fans invested in his videos, while still gaining a bigger audience of all ages.

Dawson has been involved in some controversies during his time on YouTube, so his subscriber number has risen and fallen occasionally, but he stills seems to care about the initial passion he had for his work, sometimes taking long breaks to improve content he isn’t fully happy with until he feels it meets the standards he has for what he provides to his viewers, and fans are much more likely to support his work because he still cares about it instead of just thinking about the money, a trap other YouTube personalities have fallen into before.

Dawson still has the down to earth and relatable sense of humor he’s had since the beginning of his time on YouTube, when fans were first drawn to him, but he also appears to learn from mistakes he’s been called out for before, and his channel continues to grow as a result. Dawson remains motivated and driven to work on his channel because of his difficult past, dealing with money issues, split parents and bullying due to his weight. He strives to educate about these topics and reflect on his past in his YouTube Videos.

After a difficult childhood, Shane Dawson first rose to fame in 2008, when he began uploading to his YouTube channel, ShaneDawsonTV. His film making skills and sense of humor attracted an audience and his channel began to grow, earning him more money steadily as it did so. Dawson explored a music career, as well as appearing in movies, and wrote two books between 2015 and 2016.

In 2017, he began focusing on documentary series on his channel, which earned him millions of views per video, and a significant rise in subscribers, later exploring makeup and bringing longer vlogs to his channel, often featuring his friends and fiance, Ryland Adams. His channel continues to grow thanks to consistent uploads of interesting content, and Dawson’s ability to change his content to grow with his audience. Shane Dawson became rich and famous thanks to his channel on the streaming platform YouTube, which still continues to grow steadily twelve years after he first joined the platform. 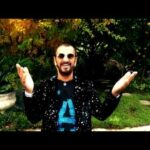