How much is Charli D’Amelio worth?

Charli D’Amelio is a dancer and social media star best known for her channel on the TikTok social media platform. Her home town is Norwalk, Connecticut.

American social media personality and dancer Charli D’Amelio has a net worth of $4 million dollars, as of 2021.

Born in 2004, Charli celebrated her 16th birthday on 1st May 2020. As the US was in lockdown due to the Covid-19 pandemic, her birthday celebrations took the form of a drive-by party’. Her family and friends drove past her house while cheering the birthday girl.

How did Charli D’Amelio get so rich?

The twenty-first century technology boom has created an entirely new range of opportunities for young people to become both famous and rich. Stars like Charli D’Amelio can use their social media fame to influence others, and businesses are keen to recruit these influencers’ to help them market products and services to young people. Often young people do not access the traditional media. This means that the best route to their target audience is through the social media channels of young stars like D’Amelio.

Charli D’Amelio already has an estimated net worth of $4 million. Her earnings come from her YouTube posts, endorsements, merchandising and sponsored posts. She charges at least $100,000 for one sponsored post. It is thought that she received $1 million for her Sabra Hummus appearance at the 2020 Super Bowl.

Appearances with The Jonas Brothers and Bebe Rexha in 2019 will also have added to her earnings. She can expect more offers of similar appearances in the future, once the Covid-19 pandemic has subsided.

Charli also is a willing participant in charity events. Her meet and greet session in 2019 raised $7000 for charity. She also donated $50,000 to her local hospital to enable them to purchase supplies to fight the Coronavirus pandemic.

Charli’s fame comes solely from her social media presence. She began posting on Instagram when she was ten years old, and now maintains a presence on the TikTok platform. Her TikTok following of 61.4 million makes her the number one personality on the platform. In addition, she has a presence on Instagram with over 20 million followers. On YouTube she has almost 5 million subscribers and more than 2 million follow her on Twitter. It took Charli only 11 months to become the most followed user on TikTok.

Charli is a dancer, and many of her posts show her performing dance routines. As a result of her talent as a dancer and her highly followed social media profile, she was able to sign with the UTA talent agency. She followed this with an appearance in the Super Bowl Sabra Hummus advertisement alongside some other celebrities. At the Super Bowl she met Jennifer Lopez and with her created the J Lo Super Bowl Challenge which subsequently went viral on TikTok.

Charli D’Amelio was involved for a time with the TikTok collaborative troupe Hype House with others including her elder sister Dixie. She and Dixie, her sister, along with some other Hype House members performed at the NBA All Star basketball game. The sisters felt, however, that Hype House was turning away from being just fun towards becoming a business. Not agreeing with this trend they left the group in May of 2020.

In that same month the sisters signed a deal to produce a podcast. The new podcast is intended to concentrate on the less well-known aspect of the sister’s lives and also to give them a platform to speak out on matters of concern to them.

She is reported to be in a relationship with fellow TikTok star Chase Hudson, who uses the non-de-plume “Lil Huddy”.

Success can be rapid for social media personalities. In a matter of weeks, they can go from being completely unknown, to becoming hugely popular.

Charli D’Amelio has experienced this to a greater extent than most. What, therefore, makes a social media star so successful? In Charli’s case, she has talent as a dancer and began her career by posting videos of her dancing. Her enthusiasm for sharing her dance with others, and her familiarity with social media, led her to start posting videos.

For many young people, posting on social media is just a fun thing to do. Social media is a great way to make friends, and it is possible to find other like mind people to connect with. Special interests are catered for brilliantly on the various platforms, and there are almost constant updates and new material being posted. This is one of the reasons why so many young people seem to be glued to their smart phones – they might miss something important!

For Charli, luck did play a part in her success. Her videos went viral because of word-of-mouth, and she was able to take full advantage of this. In Charli’s case, success did indeed breed success. The more her videos were followed, the more people heard about her and were drawn to her posts.

At 16 years of age, Charli has not had the opportunity to talk about her route to success or what has driven her to achieve so much. She is having too much fun!

However, she had spoken about the curse that afflicts many social media users, whether they are famous or not. That is cyber-bullying. She has collaborated with UNICEF on Internet Safety Day in an attempt to bring the problem more out into the open.

Charli speaks quite openly about the bullying she has received across all the platforms that she uses. She is keen for the problem of cyber-bullying to be discussed at every opportunity. Charli does not allow the bullying to prevent her from doing what she wants to do, and shares her experience of bullying with others. This way she can prove by example that bullies cannot win.

For Charli, the future holds further success and new projects. There had been some rumors that she was going on tour in the summer of 2020, but that seems to be on hold for the time being.

Charli also seems to be moving towards producing videos that folk at home can dance along with. After Covid-19 is over there is likely to be a market for videos that people can use for dance or exercise at home. Charli will not want to miss opportunities like these in the new normal’.

Charli D’Amelio is a rising star on social media. She is a talented dancer and has a personality that is well suited to the entertainment world she is breaking into. Importantly, she is enjoying what she is doing, and that means she will be keen to continue for years to come. 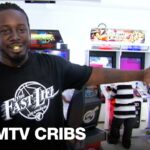 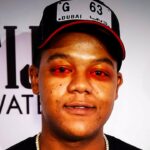