How much is Carly Rae Jepsen worth?

Who Is Carly Rae Jepsen

Carly Rae Jepsen was born November 20, 1985 in British Columbia, Canada. She attended the Canadian College of Peforming Arts in Victoria, British Columbia before auditioning for Canadian Idol. Carly Rae Jepsen placed third in 2007’s season five of Canadian Idol. That allowed her to tour the nation along with the other top finishers. She was soon signed to a recording contract and began working with Canadian songwriter and producer Ryan Stewart.

Canadian singer, songwriter, and actress Carly Rae Jepsen has a net worth of $10 million dollars, as of 2021. Best known for her hit song, “Call Me Maybe”.

Carly Rae Jepsen’s debut album Tug Of War was released in 2008. It included the two gold certified singles in Canada, “Bucket” and the title song. She ended up with two Juno Award nominations for Best New Artist and Songwriter of the Year along with Ryan Stewart.

The Sound Of Carly Rae Jepsen:

Carly Rae Jepsen began her career singing folk and adult oriented pop music. That is the sound of her debut album Tug Of War. However, she has since shifted in a more mainstream pop direction. This has resulted in international success and recognition for Carly Rae Jepsen. Many of her more recent songs include a dance beat as well as upbeat pop melodies.

“Call Me Maybe” and Justin Bieber:

For her 2011 EP Curiosity, Carly Rae Jepsen shifted in a mainstream pop direction. This was at least partially influenced by her work with Josh Ramsay, lead vocalist for the band Marianas Trench. The first single from the project is “Call Me Maybe.” The song went to #1 on the pop singles chart at home in Canada, and with a little promotional assistance from Justin Bieber and friends, it has climbed into the top 10 in the US as well. Carly Rae Jepsen reportedly has recorded with Justin Bieber, and she has signed to his label Schoolboy Records.

The best word for Canadian singer-songwriter Carly Rae Jepsen’s US pop breakthrough is “refreshing.” “Call Me Maybe” is a fluffy pop gem depicting what happens when love strikes at first sight. It’s giddy, catchy, and instantly memorable with clever lyrics. Canadians rightfully sent this song to #1 on the Canadian Hot 100. Now the US pop music industry is taking note.

Carly Rae Jepsen is one of the brightest lights among young Canadian pop singer-songwriters. She is a former contestant on Canadian Idol. Following moderate success with singles from her first album Tug Of War, the song “Call Me Maybe” blasted on to the Canadian Hot 100 in the fall of 2011 and landed at #1. It was produced by previous collaborator Josh Ramsay, leader of the pop punk band Marianas Trench.

The clever lyrics of “Call Me Maybe” bubble out describing the infatuation and inconvenience of a love at first sight. Josh Ramsay’s production uses a light touch that bounces synthesized string chords off the words sung by Carly Rae Jepsen. The backing track is as insistent as the vocals but never gets in the way. Although some may dismiss it as fluff, “Call Me Maybe” is the kind of song that pop fans will take to heart.

Carly Rae Jepsen’s career in the US is getting a little boost from a fellow Canadian. She has been signed to Justin Bieber’s Schoolboy Records. Justin Bieber, Selena Gomez, Big Time Rush, and friends put together a homemade music video that is boosting the fortunes of the song even further. Pop fans should not miss the effort. “Call Me Maybe” is a clean, friendly, upbeat gem of a pop song. 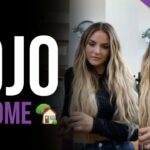 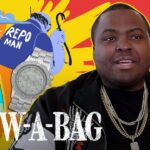