How much is Bristol Palin worth?

Bristol Palin’s been all around the country speaking about teen pregnancy as well as kicking up her heels on Dancing with the Stars.

Who Is Bristol Palin

She’s the camera-shy brunette who almost called the White House home and gave her mother, Sarah Palin, a PR nightmare when her candidacy for Vice President of the United States coincided with her growing baby bump. But she’s embracing the spotlight more since then, getting her groove on as a contestant on Dancing with the Stars and not shying away from publicly jumping to her family’s defense.

Named after a trifecta of “Bristol” family associations (the Bristol Inn where her mother previously worked, the city in Connecticut where her mother hoped to be a sportscaster and Bristol Bay, Alaska where her father grew up), it was only fitting that Bristol make her name a “Bristol” of its own kind.

And she did just that when on the premiere day of the 2008 Republican National Convention, the public got word that John McCain’s ultra conservative running mate’s daughter was pregnant. The pundits got word of the news and Bristol was instantly the most popular (both famously and infamously depending on where you choose to draw your party lines) pregnant teenager on the block—teen mom, Jamie Lynn Spears even sent Bristol her old baby burping cloths as a gift welcoming Bristol into the glamorous world of young, unmarried motherhood.

But in an attempt to appease those naysayers, Bristol and her baby daddy, the now infamous Levi Johnston, announced that they were planning on taking a trip down the aisle before they even found out about soon-to-be baby Tripp—although, the actual nuptials never took place.

But just when we thought Bristol had come to her senses and said “see ya” to her fame-hungry baby daddy, in July 2010 Bristol and Levi announced that they were engaged (again) and were going to give the traditional nuclear family a go (coincidentally around the same time that rumors of a Bristol/Levi reality show were swirling). But like most things in their relationship, it didn’t last long. The two called it quits three weeks later, but not before Bristol agreed to give Levi visitation rights.

Abstinence And The Cha-Cha

Viewing her unplanned pregnancy as a blessing but also as something that deserves a more stable and mature environment, Bristol began touring the country and speaking about abstinence with the National Campaign to Prevent Teen and Unplanned Pregnancy and was also chosen as a Teen Abstinence Ambassador for the Candie’s Foundation. But Bristol’s appearances and work with these sex education agencies didn’t come without a pretty price tag; Bristol makes between $15,000-$30,000 every time she speaks.

But not everything was abstinence and education for the new mother. In the fall of 2010, Bristol put on her dancing shoes as a contestant on the 11th season of the hit show Dancing with the Stars. And although she was often met with the lowest scores from judges, at-home voters kept Bristol around (even after she forgot to vote in the midterm elections) and she made it to the finals, finishing in third place.

Defining Quote “Great, I’m 17 years old, I’m 40 pounds overweight with a big belly on me, all of my friends are at school watching this on the news. This kind of sucks.” 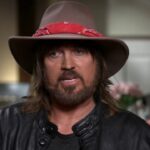 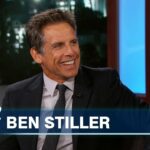