Were the masses searching under the term Brett Rogers biography before he took on Andrei Arlovski on June 6, 2009? Not really. Though he had an undefeated MMA record at the time, few thought he’d even last a couple minutes with the former UFC heavyweight champion. Well, they were right about the fight not lasting a few minutes.

Actually, it only took 22 seconds for Rogers to come forward aggressively and TKO Arlovski with a flurry of punches. And with that, the dangers that Rogers posed in MMA became public knowledge.

American mixed martial artist Brett Rogers has a net worth of $2.5 million dollars, as of 2021. Rogers has been a professional MMA competitor since 2005. He has fought in EliteXC, Strikeforce, and Bellator.

Date of Birth and the Early Years

Brett Rogers was born on February 17, 1981 in Minneapolis, Minnesota. According to a Fanhouse interview, he grew up on the south and west sides of Chicago and lived in Cabrini Green (a public housing development).

Rogers fights out of Ambition MMA, a training facility that the man he started practicing MMA with, trainer Mike Reilly, is co-head MMA coach of. He fights for the Strikeforce organization, and they call him The Grim.

Rogers is a very big heavyweight that regularly cuts weight to get to the heavyweight maximum. Along with this, he’s a powerful striker that has won the majority of his fights by (T)KO. Rogers is very athletic and aggressive and likes to hit first.

He has not spent a lot of time on the ground. But when challenged, he has proved that his takedown defense is at least solid.

This Brett Rogers Net Worth profile originated at WealthyGenius.com 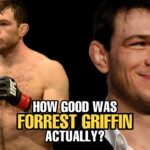 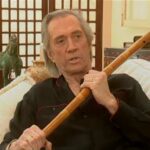