How much is Bethany Mota worth?

Who Is Bethany Mota

Bethany Noel Mota is an American video blogger. She created her YouTube channel, Macbarbie07, in 2009 and became famous for her haul videos, in which she shows her fashion and style purchases. She uploads videos of outfit ideas, makeup and hair tutorials, recipes, and DIY ideas.

Bethany Mota became well known after the YouTube channel she launched, Macbarbie07, became successful. As of 2021 the channel has 10 million subscribers and Bethany Mota’s personally net worth is at least $3 million dollars.

How did she make it?

Her video blog showcases her fashion purchases as well as including a variety of other content like, clothing ideas, makeup tutorials, and even recipes.

In December 2013, partnering with Forever 21 and JCPenny she launched her own clothing line at Aéropostale. She reportedly made $40,000 a month with her videos.

Bethany Mota has also been on many tours, her so called “motavatours” to meet and interact with her fans. She also appeared on Dancing With the Stars, season 19.

In 2014, she was selected as one of the content creators in YouTube’s first advertising campaign. Mota has also appeared on YouTube’s web show IMO, an opinion show aimed at teenagers. She interviewed President Barack Obama in 2015 as part of a Whitehouse initiative to reach out to a broader audience following the President’s 2015 State of the Union Address. 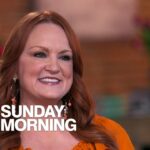