From Summers’ early stint with Eric Burdon in the Animals, through his huge rise to fame in the Police, to his current examination of the standard jazz repertory, Andy Summers has a body of work as diverse as almost anyone involved in the music industry.

English guitarist and former member of rock band ‘the Police’ Andy Summers has a net worth of $120 million dollars, as of 2021.

Summers didn’t get his first guitar until the age of 14, and even then didn’t get serious right away. An early fascination with skiffle music inspired Summers to join several bands, learning the standard repertoire, like “Midnight Special”, “John Henry”, and “St. James Infirmary”. This eventually led to associations with popular musicians like Zoot Money.

After a brief stint in the Soft Machine, Summers joined Eric Burdon and the Animals, appearing on the Love Is album. After that band dissolved, Summers moved to the USA for four years, to study classical guitar and composition at UCLA. In 1973, Summers returned to England, in which he worked steadily as a road session guitarist for various musical acts.

Summers in The Police

Summers’ career took off in 1977 when the guitarist was asked to join a somewhat eclectic punk trio featuring bassist Sting, drummer Stewart Copeland, and guitarist Henry Padovani. Almost immediately, Padovani left the band, and the Police in its most recent incarnation was born.

The Police blended punk, rock, reggae, and other styles of music into a highly accessible pop music package,

and were quickly adopted by critics and fans worldwide. By 1983, the Police were considered to be the most popular band in the world. Unfortunately, constant friction between band members seemed insurmountable, so in 1984, after five albums, the Police broke up.

Life After The Police

Andy Summers’ post-Police work has been decidedly less commercial. Summers tackled film scoring, creating music for films like “2010” and “Down and Out in Beverly Hills. The later 1980’s and early 1990’s found Summers recording music that explored pop, jazz, and new age sounds – always operating slightly outside of the “mainstream”. In the late 1990’s, Summers returned to his jazz roots, recording several tribute albums that explored the songbooks of Thelonious Monk and Charles Mingus.

Andy Summers on the Web

There are some excellent Andy Summers resources on the web, the best of which have been highlighted here. If you’re looking for insight into the guitarist’s playing style, the Police tab and lyrics, free music downloads, or anything else Summers-related, check the links on the right. 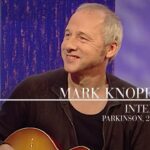