Mark Knopfler is certainly not your run-of-the-mill rock star. His personality, much like his guitar playing, is understated, yet his body of work commands a great deal of attention. Knopfler is certainly best known for fronting the pop band Dire Straits, who broke onto the UK music scene with a 1978 self-titled debut (featuring the classic “Sultans of Swing”). Knopfler instantly became a household name when Dire Straits’ 1985 recording Brothers in Arms produced no less than four hit songs (with “Money for Nothing” reaching number one on Billboard). In typical Knopfler fashion, however, the musician quickly turned his attention to smaller, less mainstream projects, such as his work with The Notting Hillbillies. Since that time, Knopfler has concentrated on writing film scores, producing other artist’s albums, recording with other guitarists like Chet Atkins and Buddy Guy, and writing material for his own solo projects.

British singer-songwriter, guitarist, and record producer Mark Knopfler has a net worth of $100 million dollars, as of 2021. 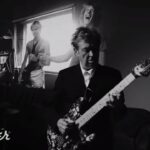 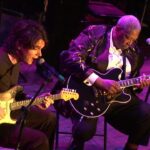