How much is Victoria Beckham worth?

Since she left her pop star career with the Spice Girls behind, you’re more likely to see her refusing to smile for the paparazzi and promoting her fashion line.

Who Is Victoria Beckham

Victoria Beckham is a celebrity who has it all. She’s been a famous pop star, married a handsome athlete, and even made a name for herself as a fashion designer. Beckham balances motherhood with business while enjoying a life that shows she’s lived up to her “Posh” name.

English singer Victoria Beckham has a net worth of $450 million dollars, as of 2021.

Beckham earned her fame as Posh Spice in the Spice Girls in the late 1990s. The British girl group became internationally famous with their first hit song, ‘Wannabe’ in 1996. Spicemania spread across the globe as did shouts of “girl power.” Their first album sold over 23 million copies around the world and even led to a movie called Spice World.

The Spice Girls were such a success—love ‘em or hate ‘em—that they pulled off a reunion tour from 2007-2008. But the group was more popular in their native England, selling out the first London date for The Return of the Spice Girls World Tour in just 38 seconds. For Beckham, returning to the Spice Girls was a chance to show her three sons that “Mummy was a pop star.”

After the Spice Girls, Beckham embarked on a solo career with songs that landed on the British charts, but it paled in comparison to the success she’d had with the group. In 2001, she released her autobiography, Learning to Fly. A second book followed in 2006 titled That Extra Half an Inch: Hair, Heels and Everything In Between. If there’s anything she’s known for, it’s her style. Beckham’s love of sexy dresses and high heels is what earned her the nickname of “Posh” in the first place during her days as a Spice Girl.

Before she was Mrs. Beckham, the British singer was born Victoria Caroline Adams to a family that was so well-off that she often begged her engineer father not to drop her off at school in the family’s Rolls Royce. But it seemed that he started her life posh and was destined to stay that way.

She met her husband, renowned soccer star David Beckham, in 1997 at a charity soccer match. He revealed in an interview that they had harbored crushes on each other long before their meeting. They instantly became a British tabloid favorite, which pegged them Posh and Becks. The power-couple married in a small ceremony in Ireland in 1999, and sons Brooklyn, Romeo and Cruz followed soon after.

After David singed with the Los Angeles Galaxy soccer team in 2007, the Beckhams left their native U.K. for America. Despite the U.S.’s relative disinterest in soccer, every game he played was mobbed with sellout crowds hoping for a glimpse of the star. Victoria and David have a combined wealth estimated to be almost $1 billion dollars.

But with the extreme wealth and fame came problems. Victoria has been criticized for everything from never smiling to being too thin. The couple has been plagued with rumors of David’s infidelity on several occasions, although he has denied them and the couple has maintained a united front. But the most serious consequence of their over-exposure came in 2001 when Scotland Yard detectives were tipped off to a kidnapping plot centered around the Beckhams and rushed the couple to safety.

But with a fourth bun in the oven, maybe Victoria will start designing sleek maternity clothes. The posh couple is expecting their fourth child, a baby girl, in the summer of 2011. Beckham is projected to make $7.5 million in sales in 2011 with her dress, denim, and eyewear collections — looks like her future daughter will be covered when it comes to her first day of school outfits.

Defining Quote “If you haven’t got it. Fake it! Too short? Wear big high heels, but do practice walking!” 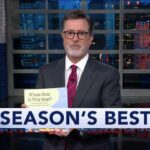 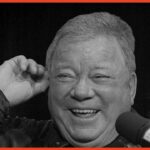