Ovechkin was born September 17, 1985 in Moscow. His parents were both athletes; His mom was a two-time gold medal winner and his dad – a pro soccer player. Alex became obsessed with hockey at a young age, taking a liking to Pittsburgh Penguins great Mario Lemieux. He grew up playing in Russia – and was usually the youngest and best player on his team.

Russian professional ice hockey winger Alexander Ovechkin has a net worth of $75 million dollars, as of 2021. Known as “Ovi” or “the Great Eight”, Ovechkin is widely regarded as one of the greatest ice hockey players of all time.

When Alex was 16 he played on Moscow’s Dynamo super league team, and he was the youngest player on the team. He then led Russia in the Under-18 championships, tallying 18 points in just eight tournament games. In 2003 – 2004 Ovechkin became the youngest player in Dynamo history to lead the league in scoring. Ovechkin’s body had fully matured at this point and he had begun drawing comparisons to NHL greats. Ovechkin was drafted first overall in the 2004 entry draft by the Washington Capitals.

Barely understanding any English, Ovechkin moved to the U.S. and in October of 2005, he scored his first NHL goal. Just a few nights later he scored a goal from his back, some calling it one of the most amazing goals of all time. He scored more than 50 goals in three of his first four seasons, and scored 65 during the 07-08 season. He’s won most of the major awards just seven years into his career including winning the Hart Trophy, or league MVP, twice. In 2008, Ovechkin signed a 13-year, $124 million dollar contract with the Capitals.

Ovechkin possesses a rare combination of size, speed, and talent. He’s one of the league’s best hitters and pure goal scorers. Ovechkin is known for his hard slap shot, and one-timer. He plays with a reckless abandon, having been suspended by the NHL twice for questionable hits. Ovechkin is also well known for his emphatic goal celebrations where he often leaps into the glass before embracing his teammates. 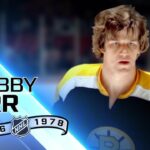 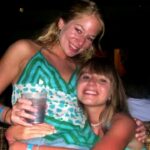