How much is Uma Thurman worth?

Uma Thurman is a model and actress who reached worldwide fame after starring in the Tarantino cult classic, Pulp Fiction. After taking Hollywood by storm and continuing to work with some of the industry’s best directors, the actress was able to demand $12.5 million for a movie role by the mid-2000s. Besides acting in huge blockbuster movies, Thurman has made her millions from endorsing brands, including French luxury perfumes and cosmetics house, Lancôme.

In her modeling career, Thurman saw success at an early age thanks to her natural beauty and distinctive looks. She quickly became a cover model for Glamor and British Vogue. Her first movie performance was a leading role in the 1987 psychological thriller, Kiss Daddy Goodnight. Besides Pulp Fiction, Thurman’s most famous movies include Be Cool, Batman & Robin, and Kill Bill.

American actress, writer, producer and model Uma Thurman has an estimated net worth of $80 million dollars, as of 2023. Thurman is best known for her roles in Quentin Tarantino movies Pulp Fiction and “Kill Bill”.

Thurman started her career at the young age of 15, and it didn’t take her long to catch the eye of higher-ups at some of the most important magazines in the fashion industry. The model featured in Glamor when she was 15, and at the age of 16, she was already a cover girl for the British version of Vogue.

It wasn’t long until she set her sights on acting, taking hiatus from her modeling career. In 1994, Thurman scored the role of a lifetime when she was cast in the Quentin Tarantino cult classic, Pulp Fiction.

In the movie, Thurman played Mia Wallace, a bored mob bosses’ wife who overdoses on heroine that she mistakes for cocaine. With the film having a tiny budget of $8.5 million, as it was before Tarantino became the Hollywood titan that he is today, the film made an unbelievable $213.9 million, which is something that has rarely happened in Hollywood history.

It is often cited as one of the greatest films of all time and it is currently listed at number eight on IMDB as the greatest movie ever made. Not only that, but Thurman went from an unknown to one of the most sought after actresses in Hollywood almost overnight, and though she was in no way the lead in the movie, as it starred Samuel L. Jackson, John Travolta, and Bruce Willis, she is the only character who appears on the DVD cover.

Her next tentpole role is one that the actress would rather forget, as she played the villain Poison Ivy in Batman & Robin, which is known as one of the worst movies ever made, let alone the worst Batman movie ever released. In the movie, Poison Ivy attempts to seduce Batman with sparkly plant dust, and then gets eaten by a plant that looks like those that rise out of the pipes in Super Mario.

However, the film still grossed $238.2 million worldwide and that is largely owed to Thurman’s performance, as she was praised by critics for embracing the madness of the movie itself.

Though the Batman movie failure may have set Thurman’s career back, the early 2000s brought with it a Thurman renaissance.

Most notably, the actress joined forces with Tarantino a second time, as she played The Bride in the Kill Bill series. Though it was initially one movie, the studio decided to split it in to two as the film’s original cut was over four hours long. The first movie, Kill Bill: Vol. 1, earned $180.9 million at the global box office, and the second, Kill Bill: Vol. 2, earned another $152.2 million.

Thurman’s yellow and black motorcycle outfit became just as iconic as the black wig she wore when playing Mia Wallace. Thurman is even credited as a writer in the movies, as according to Tarantino, the actress contributed just as much to the character as he did. For her involvement, Uma Thurman earned a total of $24 million dollars.

By the mid 2000s, after the success of Kill Bill, which made her an in-demand actress once more, Thurman was able to demand $12.5 million dollars for a single movie part. That’s the amount that she was paid for her role as Ulla Inga Hansen in the remake of the classic Broadway comedy, The Producers.

Her biggest payday up to that time came the following year, in 2006, when the actress starred alongside Luke Wilson in My Super Ex-Girlfriend, earning $14 million dollars for her role as Jenny Johnson. Unfortunately the film again didn’t do well amongst critics, there had also been high hopes that it was to be a $100 million dollar movie, but ended up making on $65 million from a $30 million dollar budget.

Thurman first gained success for her natural beauty and physique, as there are multiple accolades to her name such as “one of the sexiest film stars in film history” by Empire, “one of the hundred sexiest women in the world” by FHM, and “one of the hottest women of the 21st Century” by GQ magazine. She scored these accolades on a yearly basis in the 2000s, but it wasn’t just the way that she looked as to how she scored some of the best roles in cinema history. More than anything, it was her genuinely terrific acting skills.

Though she started in modeling, Thurman was able to transition into become a bona fide actress. She won the part of Mia Wallace for no other reason but because she was the best actress for the role, and at just 24 years old.

An almost instant success, Uma was nominated for “Best Actress in a Supporting Role” at The Academy Awards and The Golden Globes, and in 2006, Thurman was named a knight of the Ordre des Arts team des Lettres of France for her outstanding achievement in the field of art and literature.

From all of her work in film, her more than 60 movies, as well as the 7 TV series that she has appeared in, 6 for multiple episodes, combined with her work as a producer and as a writer, and all of the appearances that she has made as herself, including in advertising. It is estimated that Uma Thurman has had career earnings of $130 million dollars.

Of that amount, $9-15 million is expected to have been paid in business related costs. The remainder, $118 million, will have been taxed at around 47% as Thurman resided in the state of California during her high earning years in the 2000s. A time when federal income tax and California taxes were lower than they are today. She has also lived much of her life on the East Coast, in both New York and Massachusetts. After tax, it is estimated that her career earnings are at around $62.54 million dollars, having paid $55.46 million dollars in taxes.

Uma Thurman has three children. Two with Ethan Hawke and one with French financier, Arpad Busson. She was married to Ethan Hawke between the years of 1998 and 2005 and it is expected that he is the one who would have had to pay alimony. At very least for child support, likely also some spousal support. Previously, in 1990, Uma had married Gary Oldman. They divorced two years later and considering they had no children together there may have been some spousal support, however likely a negligible amount. Overall however, it is estimated that Thurman will have received $2-5 million dollars in total in spousal and child support.

In her personal life, Uma has been stable, she has said that “Buddhism has had a major effect on who I am and how I think about the world.” She has also expressed family values, saying that “there are many ebbs and flows in life, but when you’re raising small children, your family means everything.”

In caring for her family, Thurman has taken steps to ensure that her family’s financial future is secure. It is known that she has invested some of her career earnings into real estate, as well as into securities. One of the firms that she invested with was Starr Investment Advisors LLC, which she subsequently lost $2.5 million dollars to following the firms bankruptcy and a fraud investigation. It is however estimated that based on her persevering personality and her tenacity to actively invest her money, that she has earned some $18-30 million dollars in investment returns.

Few actors have starred in one of the greatest movies of all time and one of the worst movies of all time, and even fewer actors have been just as well known for both. Thanks to her dedication to the roles she takes on, even the bad ones, Uma Thurman was able to earn her way to a net worth of $80 million. In 2020, the actress appeared alongside Robert De Niro in the family comedy The War with Grandpa. 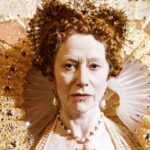