How much is Tim McGraw worth?

Who Is Tim McGraw

Samuel Timothy “Tim” McGraw was born May 1st, 1967, in Start, Louisiana, to Betty D’Agostino (later Smith). D’Agostino was originally from Jacksonville, Florida, however; she became pregnant with Tim when she was a teenager and was sent away to live with relatives in Louisiana, where her son was born. For a long time, Tim McGraw believed he was actually Tim Smith, as his mother Betty was married Horace Smith until Tim was 9 years old, when they divorced.

However, one day after moving, an 11 year-old Tim was looking through boxes in his mom’s attic when he came across his birth certificate; the name of his father was scratched out, but his father’s occupation clearly read “baseball player.” Since Tim knew that his “father” Horace was a truck driver, he asked his mom about this new development, at which time she informed him that Tim’s father was actually major league pitcher Frank “Tug” McGraw. The elder McGraw was a World Series champion with the 1969 “Amazin'” New York Mets, and begat the famous and stirringly inspirational “Ya Gotta Believe!” catchphrase when the underdog 1973 Mets stormed back from last place in the NL East at the end of August, ultimately making the playoffs and stunning the sports world by making the World Series, barely losing the series to Oakland 4-3 (a fun fact: this inspirational comeback was also the basis for Mets’ manager Yogi Berra’s infamous “It ain’t over til’ it’s over!” quote).

At the time of Tim’s conception, however, Tug was playing for the Mets’ minor league associate in Jacksonville, and due to him not being established as a player yet, as well as his mother being a teenager and a one-night stand, Tug never wanted anything to do with his biological son until Betty called him after Tim discovered the birth certificate. While Tug did not initially acknowledge Tim as his son, by the time Tug retired in 1985 and Tim was an aspiring baseball star himself the two started to mend their relationship.

Tim would enroll at Northeast Louisiana University to play baseball, but ended up leaving college to pursue a career in country music. In 1990, Tug – who was trying to mend fences with his biological son due to years of neglect – met a Nashville executive and gave him a copy of Tim’s demo tape to listen to; soon after, Tim McGraw was signed to a label and his music career would begin.

How Did Tim McGraw Get So Rich?

When you have as many hit albums and singles as Tim McGraw has had, and when you’ve appeared in hit movies, and when you are married to another of the most successful country artists of all time, you are certainly doing well for yourself financially. Indeed, McGraw and Hill together have a combined net worth of $165 million, and McGraw was estimated to have made $38 million in 2019 alone.

McGraw has another album coming out soon – Here On Earth – so it would be easy to believe that his net worth will only rise in the years to come.

After a rocky early career, Tim got his break in 1994 when he released his second album, Not a Moment Too Soon. The album – which featured two #1 singles on the country charts in “Don’t Take the Girl” and the title track “Not a Moment Too Soon” – landed at #1 on the country music charts and stayed there for 26 weeks, cementing him as a bona fide superstar and major up-and-comer in country music. Of his next 13 albums released between 1995 and 2017, all but two of them peaked at #1 on the country album charts; in addition, he has had 26 #1 hit singles on the country music charts, and nearly topped the Billboard Hot 100 chart in 2004 with his duet “Over and Over” with Nelly (the song peaked at #3).

Early on in his musical career, while on tour in 1996, his opening act was another up-and-coming country star named Faith Hill. The two quickly fell in love and were married in October of the same year. Over the years, the two have recorded numerous songs together – including 1997’s #1 country hit “It’s Your Love” – and between the two of them and their stellar careers have become country royalty. Throughout his career, McGraw has won 3 Grammy Awards (nominated for 20) among countless other awards.

In addition, McGraw has branched out into acting as well, with numerous roles to his name. His most notable role came in 2009 when he appeared in The Blind Side as Sean Tuohy, the husband of Sandra Bullock‘s Leigh Anne Tuohy (a role for which she won the Academy Award for Best Actress in a Leading Role).

What Makes McGraw So Successful?

From his breakout album Not a Moment Too Soon in 1994 to his most recent album The Rest of Our Life in 2017, Tim McGraw has had 14 albums reach #1 on the Country Charts, and of those albums four of them also hit #1 on the Billboard Hot 200 (Pop) charts. That is a staggering run of success for anyone in the music industry, and he has done it without any kind of major controversy (save for a maybe-sort of racist 1994 song “Indian Outlaw” which…was actually his first major hit, and may have started the ball rolling on his career, but we’ll table that for now) or scandal. He has been a consistent, reliable presence in the country music scene, banging out hit after hit, year after year.

To go from a poor son of a single mother whose biological father wanted nothing to do with him for a long time, to becoming one of the biggest stars in the history of country music is certainly a huge accomplishment. Tim McGraw’s career has been steady, full of consistent hits and chart-topping albums, and he has proved himself as one of the most successful musicians of his – or of any – generation. 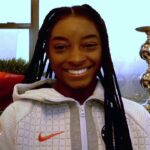 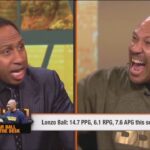