How much is Sandra Bullock worth?

You’ve seen her playing the heroine in action flick Speed which made her famous, but she developed a reputation for starring in cheesy romantic comedies before proving she had what it takes with a Best Actress Oscar win for The Blind Side.

Who Is Sandra Bullock

If America has a sweetheart, Sandra Bullock would be a major contender for the crown. Her squeaky-clean image, with just a dash of a no-nonsense naughty streak, has endeared her to everyone in the world. And with her Best Actress win at the 2010 Academy Awards, she shattered her reputation as a one-note actress with little more than cheesy romantic comedies to her name.

Sandra Bullock is an internationally known actress and producer, who is known largely for her leading roles in romantic comedies, as well as various other roles she has filled. She is the winner of several awards, and was the highest paid actress in the world in both 2010 and 2014. Not only that, she was also included in Time Magazine’s list of the 100 most influential people in the world in 2010. Despite difficulties she has continued on in her career and continues to astonish audiences around the world with her performances. This is how Sandra Bullock became the exceptionally talented, wealthy, and famous actress we all know her as today.

As of 2021, American actress Sandra Bullock has a net worth of $220 million dollars.

Speeding Into The Spotlight

Bullock spent many of her formative years outside of America. After being born in Virginia to Helga Meyer, a German opera singer, and John Bullock, a voice coach, the family moved to Nuremburg, Germany where she studied singing and ballet until she was 12.

After going to high school and college in Virginia and North Carolina, she moved to New York City to pursue an acting career. She found some success starring in films like Love Potion No. 9 and The Thing Called Love in the early 90s, but she caught a major break when she was cast as Annie Porter alongside Keanu Reeves in 1994’s Speed.

She climbed the Hollywood ranks starring in a string of romantic comedies like While You Were Sleeping, Two if by Sea and Miss Congeniality (which earned her a Golden Globe nomination for Best Actress in a Comedy). She did manage to score some serious roles in A Time to Kill and Murder by Numbers in the process, but her part in 2004 ensemble film Crash proved she had serious acting chops. Her portrayal of a district attorney’s racist wife garnered critical praise and the entire cast landed a Screen Actors Guild award.

Still, she showed that her real bankability was in the rom-com genre when The Proposal became her most successful film to date in 2009. That same year, she released The Blind Side, based on the true story of Michael Oher, a highly-touted football prospect from a troubled background who is adopted as a teenager. She received her first Best Actress Oscar nomination and win for the role, which ironically coincided with a Razzie win for Worst Actress in All About Steve.

Until then, her personal life was rarely riddled with anything resembling a scandal. She dated her Love Potion No. 9 co-star Tate Donovan at the start if her career, for four years. She also enjoyed a relationship with her A Time to Kill co-star Matthew McConaughey, and raised some eyebrows when she had a fling with Ryan Gosling, who is 16 years her junior.

Then, she started dating TV personality and owner of East Coast Choppers, Jesse James, after she met him in 2003, and they married two years later. The pair enjoyed a low-key, smooth-sailing relationship, only hitting headlines for a custody battle he was embroiled in with his ex-wife. Then, less than a month after her Oscar win, two women came forward claiming they had had affairs with James. The revelation led to a whirlwind divorce that was finalized on June 28, 2010. Bullock also revealed that they had secretly adopted a son, Louis Bardo Bullock, from New Orleans in January, but, in light of recent revelations, she would take sole custody of him.

Despite the latest hiccup in her personal life, Sandra Bullock has returned to the spotlight, and is still going strong. While Jesse James has become a public enemy, Sandra is still America’s sweetheart and has been in a relationship with Bryan Randall, since 2015.

Sandra Bullock’s success comes from her determination to succeed in an acting career, her ambition blossoming from a young age and carrying her all the way to Manhattan so she could audition for roles. She was talented and determined, and landed her first role quickly. Sandra was able to break into the film industry with her excellent performances, rising to prominence with her skill and charm. Now, Sandra Bullock is one of the most famous and highest paid actresses in the world. Hopefully she will continue starring in films and boggling the minds of audiences around the world with her talent.

How did Sandra Bullock get so rich?

Throughout her iconic acting career, Sandra Bullock has managed to attain a net worth of $220 million dollars, which can be attributed exclusively to her incredible talents as an actress and as a film producer.

Sandra was the highest paid actress in the world in both 2010 and 2014, as her roles in various movies, both comedic and dramatic, are highly recognizable and largely profitable. She has starred in films across many genres, and has proved to be exceptional in all of them. She has occupied roles in movies such as The Proposal, Miss Congeniality, Ocean’s 8, The Heat, Minions, and the incredibly popular post apocalyptic film Bird Box.

Miss Congeniality, one of Sandra’s most notable roles, earned well over $212 million dollars in the box office. She also filled the role of the antagonist in Minions, which grossed an astonishing $1.159 billion dollars in the box office. Aside from these films, which can most likely be thanked for a portion of her wealth, she also starred in various others, many of them with similar success.

In addition to her acting career, Sandra is also skilled in production. She was an executive producer on the highly popular sitcom George Lopez. She also owns the production company Fortis Films, and it is clear her skillful work in film and TV production contribute to her sizable wealth.

Thanks to her incredible skills in acting, which allow her to excel in both dramatic and comedic roles, as well as her penchant for film and TV production, Sandra Bullock has amassed a tremendous fortune. Her talent has allowed her to become one of the highest paid actresses in the world and, as she has not announced plans to retire anytime soon, she will likely continue adding on to her wealth.

She landed a role in the Off-Broadway play No Time Flat. The director of the play, Alan J. Levi, was impressed with the performance Sandra had given and offered her a role in the 1989 film Bionic Showdown: The Six Million Dollar Man and the Bionic Woman. Her role in this film led to her casting in small roles in several independent films.

Sandra began to gain attention with her roles in several films, including her supporting role in the 1993 film Demolition Man. However, it wasn’t until the next year that Sandra was launched into the stardom she has today.

In 1994 Sandra landed a role in the blockbuster movie Speed. She played the role of Anne Porter, and this role established her as a powerful actress. Speed made over $350 million dollars in box offices worldwide and received very positive reviews, and was the first role Sandra landed that allowed her to create a name for herself in the industry.

Through determination and sheer acting talent Sandra Bullock was able to achieve international fame for her stellar performances in various films. She has starred in movies across many genres, embracing both dramatic and comedic roles, and has proved that she deserves the fame and attention she gets from her career.

Sandra Bullock knew from a young age that she wanted to be an actress, and she pursued it growing up. She was determined, taking classes and majoring in drama, as well as starring in productions put on by her school. When she moved away to the city to pursue her career, she managed to find her footing in the film industry, one of the hardest industries to break in to. Now she is one of the wealthiest and most recognizable actresses in the world, and audiences worldwide get to enjoy her exceptional performances. 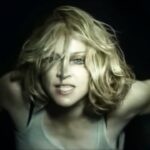 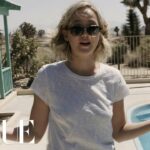