How much is Stephen A. Smith worth?

Who Is Stephen A. Smith

Stephen Anthony Smith is an American TV personality, radio host journalist and actor. He specializes in sports and is a commentator on ESPN on First Take and NBA Countdown. On ESPN Radio he hosts The Stephen A. Smith Show and he also works as a journalist for ESPNNY.com and ESPN.com and is a columnist for The Philadelphia Inquirer.

How Did Stephen A. Smith Get So Rich?

Stephen A. Smith currently enjoys a fortune of some $18 million. In April 2019, his new deal with ESPN pays him a salary of $8 million per year. This makes him the highest-paid of ESPN’s roster of presenters. His other income includes fees from advertising campaigns and journalistic work for newspapers and magazines. He also has a social media presence, having accounts with Facebook, Twitter and Instagram.

Stephen keeps a tight embargo on information about his private life, so nothing much is known about his relationships and family. He has never married but does have two daughters.

Stephen A. Smith was born in the Bronx, New York City, to parents who had originally hailed from the U.S. Virgin Islands. Stephen attended the Winston-Salem State University on a basketball scholarship. He began his journalistic career there, by writing a column for the university newspaper.

After University, Stephen A. Smith began working as a print journalist for the Winston-Salem Journal, the Greensboro News and Record and the New York Daily News. In 1994, he joined The Philadelphia inquirer as their NBA columnist, reporting on the Phildelphia 76ers games. He progressed to the role of general sports columist, but in 2007, was demoted to general assignment reporter. The following year he was fired by the newspaper, He had just started his own blog stephena.com where he continued to speak out on political matters.

While still working with The Philadelphia Inquirer Stephen took on the role of host of a weekday midday show on WEPN in New York City. This shifted to the afternoons in 2007, and part of it was also broadcast on ESPN Radio. He left this show in 2008 to concentrate on a TV career.

Stephen had begun work on TV in 1999 on a cable network called CNN/SI. In 2005, he took on a daily show on ESPN that lasted an hour, and was called Quite Frankly with Stephen A. Smith. The show lasted until 2007, when Stephen reverted to being the NBA analyst for ESPN. He appeared on several other ESPN shows, including Dream Job and Pardon the Interruption, Jim Rome is Burning.

Stephen left ESPN in 2009, returning to work at The Philadelphia Inquirer in 2010. By 2011, he was back at ESPN, as a columnist for ESPN.com and also hosted weekday local radio shows on WEPN-AM in New York. He also worked for KSPN-AM in Los Angeles. In 2012 he moved to Sirius XM to join Chris Russo’s Mad Dog Sports Channel. Also in 2012, Stephen returned to ESPN television to take a permanent role in First Take.

Stephen A. Smith is well-known for his controversial comments on both radio and television. He has made some comments that have caused offence and disquiet among his bosses. On more than one occasion he has been obliged to issue apologies for ill-considered pronouncements. In 2015 he made comments about the head coach of the Philadelphia Eagles that could have been interpreted as racist, and later that year, commented about female soccer players that required him to issue a retraction. He is also well-known for his catchphrases, and also for his position on the use of marijuana by top athletes, especially in the NFL. “Stay off the weed” has become one of his best-known catchphrases.

On radio, Smith moved back to ESPN in 2017, to host a daily two-hour program that is syndicated, as well being broadcast on WEPN and KSPN.

In 2016, Stephen had joined the Top Rank broadcasting team as a commentator covering the Manny Pacquiao vs Jessie Vargas boxing event. Top Rank is a pay-per-view broadcaster. in 2019, ESPN became the UFC’s official TV broadcaster, and Stephen took on the role of UFC commentator.

2020 took Stephen beyond sport, as he reported for ABC on the 92nd Academy Awards after-party.

Stephen has also made a foray into acting, with appearances in a movie and on TV. The movie I Think I Love My Wife appeared in 2007 and starred Chris Rock, who also directed the film. On TV Stephen has appeared on several occasions between 2016 and 2019 playing the character Brick in General Hospital. He has also appeared in a series of advertisements for Oberto beef jerky.

Stephen A. Smith is famous due to his appearances on a number of TV shows, on radio and on the internet. He is a familiar face to sports fans across the United States. His reputation as a controversial commentator makes him a popular figure in the American media.

What Makes Stephen So Successful?

Stephen A. Smith’s first love was basketball, and he was fortunate enough to be awarded a basketball scholarship to Winston-Salem University where he was coached by the great Clarence Gaines. These years would give him a grounding in basketball and the methods that Gaines used to bring out the best in his teams. As well as being a player, this deep insight into the game enabled Stephen to become an effective basketball columnist when he began his journalistic career. He loves writing, and even to this day, enjoys writing and preparing scripts for his shows.

Rather than follow a career as a basketball player, which was a real possibility for him as a young man, Stephen determined to follow his love of writing and become a journalist. This decision has given him experience and opportunities. He is not afraid of saying what he thinks, and this candidness has brought criticism. He believes in saying what experience has led him to believe, and he does not feel that he should not say those things. Sometimes, his comments are unpopular, but they certainly trigger debate.

His career has been one of success, tempered with a few sideways steps or backward moves. However, these he sees as nothing more than triggers to push him to try even harder and put greater effort into what he does. He also feels that attracting criticizim means that he is actually doing something or saying something worthwhile. He believes that everyone needs to strive to be the best, and that is what he is doing in his career. He wants to be the best TV presenter, the best radio host, and the best sports journalist. Nothing, he says, is going to stop him from trying as hard as he can to be those things. Stephen is not afraid to say “everyone who knows me, knows I am about winning.” That is his philosophy and he recommends it to everybody who wants to be successful.

Stephen A. Smith is a controversial but respected figure in broadcasting in the United States. His opinions count in the world of sport, and he has influence as a result. However, he had to work to achieve that place in the world, and that shows each and every one of us that success comes from ambition and hard work. 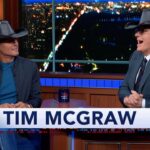 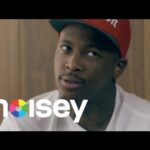