Sergio Aguero is one of the many South Americans to have embarked on a European adventure early in his career.

The Argentinean joined Atletico Madrid from Independiente when he was just 17, and it was not long before he was making a big impact at the Vicente Calderon.

Blessed with fine close control, excellent dribbling skills and a predatory finish, Aguero’s form in Spain earned him a move to Manchester City in July 2011 for a reported US$62 million.

He was a revelation in his first season at the club and it was his goal in injury time against Queens Park Rangers on the final day of the Premier League season that earned the club their first title since 1968.

Argentine professional footballer Sergio Aguero has a net worth of $85 million dollars, as of 2021. Aguero plays as a striker for Premier League club Manchester City and the Argentine national team. He wears “Kun” on his shirt, a childhood nickname based on the title character from the cartoon Kum-Kum.

Growing up in Quilmes, Aguero would spend many hours playing soccer with his friends on the street and on the local pitch in Villa Itali, the neighborhood where he was raised.

Aguero broke Diego Maradona’s record for being the youngest person ever to play in Argentina’s top division after coach Oscar Ruggeri gave him his debut against San Lorenzo aged 15 years and 35 days. Aguero was grateful for the belief shown in him by Ruggeri.

El Kun became a target for rough tackles during his time with Independiente but acquired a technique to avoid these challenges, thus limiting his chances of getting injured.

His return of 23 goals in 53 league appearances attracted the attention of many top scouts and Atletico parted with around US$23 million for his signature. He signed a six-year contract.

After arriving to a hero’s welcome, Aguero struggled to come to terms with the pace of the game in his first season, playing in the shadow of star striker Fernando Torres and scoring just six goals.

The adaptation from South America to Europe is never easy, and Aguero really hit his stride in the following campaign, hitting 19 league goals and finishing third in the top scorers chart. Atletico qualified for the Champions League and Aguero’s goals played no little part in the achievement.

Another 17 league goals followed the next season as his partnership with Uruguayan striker Diego Forlan ripped defenses apart.

Aguero has developed his work ethic since moving to the Vicente Calderon, and is now regarded as one of the most dangerous penalty-box players in the world.

He certainly menaced the Fulham defense as Atletico beat the London club in the 2010 Europa League final to secure their first silverware since 1996.

Aguero performed with distinction for Manchester City in his first season at the club. Twenty-three goals saw him finish third in the Premier League goalscoring charts, and it is not an exaggeration to say that his last-gasp strike on the final day was the most important goal in the club’s history.

His performances under Roberto Mancini oozed class as he linked up with the likes of David Silva and Carlos Tevez to devastating effect.

Aguero has represented Argentina at three FIFA World Youth Championships. After winning the tournament in 2005, he captained them to victory at the 2007 edition and won the Golden Boot for top scorer.

Kun made his debut for Argentina in September 2006 against Brazil at London’s Emirates Stadium. His first appearance was overshadowed by a superb goal from Kaka as the Selecao ran out 3-0 winners.

He also helped Argentina win the 2008 Olympics, scoring twice against Brazil in the semi-finals and playing 78 minutes against Nigeria in the final.

Aguero made his World Cup debut after coming off the bench against South Korea in June 2010, quickly setting up Gonzalo Higuain for his hat-trick.

Aguero was one of the few positives as Argentina hosted the 2011 Copa America. They bowed out to eventual winners Uruguay in the quarter finals, but it was Aguero’s goals that helped them through the group stages as he netted one in the draw with Bolivia and two in the 3-0 victory over Costa Rica.

This Sergio Aguero Net Worth profile originated at WealthyGenius.com 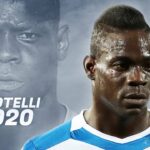 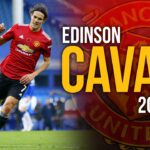