How much is Russell Peters worth?

Who Is Russell Peters

Russell Peters might be the most popular and successful comedian that you haven’t really heard of. Named by Forbes magazine as one of the highest-paid comics, Peters travels the world and sells out enormous stadiums with his brand of observational comedy that blends stories about his family with material about race. Though he has never quite broken through to the mainstream in the United States, the Canadian comic has an enormous following worldwide and is an essential figure in today’s stand-up comedy landscape. 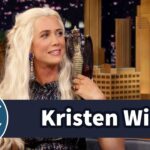 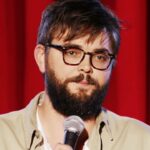