How much is Rick Harrison worth?

Who Is Rick Harrison

Rick Harrison is a businessman and reality tv star known for his role on the show Pawn Stars, a popular tv series about the Gold & Silver Pawn Shop in Las Vegas, Nevada. Pawn Stars episodes focus on unique historical items that customers bring in and the intense negotiations that ensure as Rick Harrison and his son, Corey Harrison, along with Austin “Chumlee” Russell try to purchase the items at the best deal possible. Gold & Silver Pawn Shop employees will routinely call in outside experts who will provide interesting insight on the items and verify if they are indeed genuine antiques. Rick Harrison, Corey Harrison, and Chumlee will routinely make fun of each other, counteracting the intense business environment with a light-hearted banter that enhances the entertainment appeal of Pawn Stars.

Rick Harrison was the driving force behind formulating the concept of Pawn Stars to tv executives, helping to successfully launch the show that has since redefined his career as a businessman. He is also currently the sole owner of the pawn show after the death of his father Richard Harrison in 2018, who was the founder and part-owner of the store.

How Did Rick Harrison Get So Rich?

Harrison has a net worth of $9 million, earned from both the proceeds of his ownership of Gold & Silver Pawn Shop, his television role on Pawn Stars, and his real estate ownership. A huge portion of his ownership income comes from the proceeds of loans dealt out to customers of the Gold & Silver Pawn Shop. By 2005, Harrison and his father were loaning out about $3,000,000 per year, earning them both a staggering $700,000 in interest annually from the loans. He also makes an additional $300,000 per season of Pawn Stars and is in the process of trying to sell his Red Rock Country Club house in Las Vegas which could earn him another $3.99 million.

Harrison is most famous for his legendary negotiating skills in purchasing items from customers for resale at his shop. He refuses to overpay for any item in his store, no matter how desirable the item may be. He has coined several different phrases during his many negotiations portrayed on the show such as “Best I can do is”, “I won’t go a penny more”, “I shouldn’t even be paying this much”, and “I’m not getting rich off of you” to name a few. Most customers rarely have the guts to stand up to Rick, eventually giving in and selling their item at a lower offer than they would have preferred. However, a few customers stick to their price resulting in epic negotiating showdowns, a few of which end up with the customer angrily storming out of the store.

What Makes Harrison So Successful?

Harrison is successful because of his entrepreneurial insight to see that his pawn shop could have success being featured in a reality show and the intense negotiation skills he has developed to get the best deal possible for the pawn shop. After Pawn Stars was featured on a 2001 PBS documentary and the Comedy Central show Insomniac in 2003, Harrison spent several years pitching the idea of a reality show about his pawn shop to several networks and outlets including HBO and YouTube. Eventually, the History Channel ran with the idea, creating a wildly popular show that has spanned 17 seasons and 577 episodes from 2009-2020. Harrison’s ability to enhance the profitability of his business through his intense negotiating skills has also enlarged his legendary success. He famously noted in his 2003 appearance on Insomniac that a “Pawnbroker with a heart, is a pawnbroker out of business”.

Rick Harrison is a successful businessman and reality tv star on the tv series Pawn Stars, a show covering the operations of the Gold & Silver Pawn Shop. Most of the items featured on the show are of a historical bent, and many outside experts are brought in to provide insight about the items and authenticate them. Harrison is an intense negotiator, rarely overpaying for an item and always aggravating customers by refusing to budge from his final offer. His successful business acumen has enabled him to build a very successful business and brand and should allow him to continue to add to his $9 million net worth. 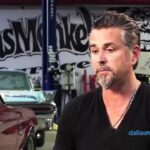 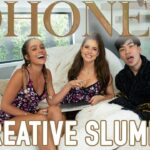