E-sports is serious money today, and we predict will become even more so in the next decade. Esports is already recognized legally in the USA as any other sports for visa application purposes. And the earnings of an esports player match those of a regular athlete. In fact, they are now more frequently called athletes than just e-gamers or players. We would like to see esports go to the Olympics one day. In the meantime, here are some of the highest-earning athletes in professional gaming.

Topias known professionally as Topson is known for his eccentric playstyle and use of unconventional heroes in the middle lane.

He is a Dota 2 player and currently plays for OG.

Born April 14, 1998, Topson became professional in 2017 when he joined Russian organization SFT e-sports. After that, he switched around a few teams before joining OG in 2018.

And like the other 4 gamers below, Topson made a lot of money after winning The International 2018 and 2018. After TI2019, Topson was named the MVP of the tournament. Growing up in Finland as a strict Lutheran, this young Fin has some ways to go but is already worth approximately $3 million.

Debs or now better known as Ceb is a French esport player who started professional gaming with a team in 2011. From here he switched around teams until he was asked in May 2016 by OG to become coach for a new organization. OG was founded by players Tal “Fly” Aizik and Johan “N0tail” Sundstein, who were former Team Secret players, along with David “MoonMeander” Tan, Amer “Miracle-” Al-Barkawi, and Andreas “Cr1t-” Nielsen in August 2015.

Debs was known as 7ckngMad and he changed it to Ceb at the time of The International 2018. Ceb is estimated to have built a personal fortune of $3.4 million. He was born on May 11, 1992.

This is another OG player that won for the team at The International 2018 and 2019 tournaments. Ana was born October 26, 1999 in Australia and stated playing Dota 2 professionally in 2011. In 2015, he moved to join the CDEC in-house team to play against highly-rated Chinese players.

Yet another OG player, Jesse Vainikka, whose handle is JerAx, is one of the best position 4 players there is in Dota 2.

This young Finnish player used to play for Team Liquid and in 2016 switched to OG. JerAx is instrumental to a lot of OG’s wins. He is known for his play on heroes like Earth Spirit, Tusk and Rubick.

JerAx is now retired after The International 2019. Like Ana and Ceb, he became the first two-time T1 champion in 2019.

Born in Finland on May 7, 1992, JerAx started playing professionally with Swedish QPAD Red Pandas in 2013. He has an estimated net worth of a cool $5 million.

Sundstein is better known as NOtail and is the co-founder of OG. He is the captain of the professional Dota 2 team to lead his team to win The International twice, back to back. NOtail has also won four other Major championships.

Born October 8, 1993, in Denmark, NOtail left high school to devote himself to esports.

Before OG, NOtail played for Fnatic, Team Secret, and Cloud9. Bets are on that NOtail could lead OG to a third The International win. Armed with a personal wealth of an estimated $5.6 million NOtail should have no worries financially.

This new profession that sounded unspeakable just a decade ago—Gaming. Or literally getting paid to play video games in professional leagues and getting paid through sponsorships and competition winnings. The most successful gamers nowadays double as YouTubers where some, like PewDiePie, have turned their seemingly useless obsession into millions of dollars in the bank. 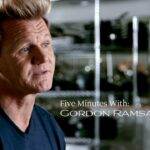 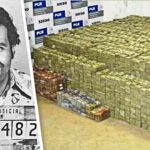