Opening moves like the Sokolsky opening, the Morphy Defense and the Reti Opening are named after chess greats and known usually only by chess enthusiasts. However, since Netflix’s series, The Queen’s Gambit, interest in chess playing has picked up by the general public. Our list below introduces some of the most famous and greatest chess Grandmasters of all time.

Garry Kasparov started learning the game when he was only 10 years old. He subsequently became the youngest ever undisputed World Chess Champion in 1985 at age 22 by defeating then-champion Anatoly Karpov. He held the official FIDE (Federation Internationale des Echecs) world title until 1993, when a dispute with FIDE led him to set up a rival organization, the Professional Chess Association.

After retiring from professional chess, Kasparov devoted his time to politics and writing. He formed the United Civil Front movement, and joined The Other Russia, a coalition opposed to the administration and policies of Vladimir Putin. In 2008, he announced an intention to run as a candidate in that year’s Russian presidential race, but after encountering logistical problems in his campaign for which he blamed “official obstruction”, he withdrew. In 2013, he left Russia and became a citizen of Croatia.

As of 2021, this Russian master of chess is thought to be worth about $5 million.

A chess prodigy, Magnus Carlsen achieved second place in the World U12 Chess Championship in 2002. At 13, he finished first in the C group of the Corus chess tournament, and took the grandmaster title a few months later. At age 15, he won the Norwegian Chess Championship, and at 17, he was placed joint first in the top group of Corus. He exceeded a rating of 2800 at age 18 and reached number one in the FIDE world rankings at age 19, becoming the youngest person ever to achieve these feats.

Carlsen is not a universal player using different openings to challenge and block his opponent.

Carlsen returned to the Airthings Masters in 2020 after several years of absence, however, Russia’s Daniil Dubov eliminated Carlsen from the quarter-finals, ending a day of massive upsets for the current world champion.

He was recognized as a chess prodigy at age 15 years, becoming the youngest American to earn the title of Grandmaster.

In October 2015, with a FIDE rating of 2816, he was ranked second in the world. In May 2014, when FIDE began publishing official rapid and blitz chess ratings, Nakamura was ranked number one in the world on both lists. He was pipped by Magnus Carlsen in the second publication of the rankings.

At the Airthings Masters in 2020, Nakamura was eliminated after losing to Levon Aronian.

As of 2021, this Grandmaster has built an estimated net worth of $50 million.

Levon Aronian is a chess Grandmaster from Armenia and was awarded the Grandmaster title by FIDE in 2000.

His FIDE rating list on March 24, 2014 put him at number two in the world and had an Elo rating of 2830, making him the fourth-highest rated player in history.

At the Airthings Masters 2020, Aronian beat Nakamura to proceed to the finals.

In Armenia, Levon is a national hero, and he has been awarded the title of Honored Master of sports of the Republic of Armenia in 2009 and he is ranked the number 6 chess player in the world with a FIDE rating of 2781 as of January 2021.

Awarded the Grandmaster title by FIDE in 2005 at age 14, Maxime Vachier-Lagrave is the 7th highest rated player of all time with an Elo rating of 2819.

In 2007, a few weeks after completing is Baccalaureat S, he brought home the French Chess Championship defeating Vladislav Tkachiev 3-1 in a tie-break.

By 2016, following his wins in the tournaments in Dortmund in June and in Biel in July, Maxime was ranked number 2 in the world.

By 2019, after winning the rapid and blitz tournament in Paris, and taking the second spot in both Saint Louis and Abidjian, Maxime was world number 1 in the blitz rating and the rapid rating.

MVL as he is popularly known knocked out Wesley So in the 2020 Airthings Masters.

As of 2021, MVL is estimated to have built up a personal fortune of $5 million.

Teimour Radjabov earned his Grandmaster title in 2001 at age 14, which made him the second youngest grandmaster in history at the time.

In 2003, Radjabov gained international attention after beating the then world No. 1 Garry Kasparov in the Linares tournament. He then followed this feat up with victories over former world champions Viswanathan Anand and Ruslan Ponomariov in the same year.

Radjabov continued his progress over the years to become an elite chess player. In November 2012, he achieved his peak rating of 2793 and was ranked as number 4 in the world. This meant that Radjabov was the fifteenth highest rated player in chess history.

In the 2020 Airthings Masters Semifinals, Radjabov won the first sets in the semi-finals against Daniil Dubov.

As of 2021, this Armenian Grandmaster is thought to be worth some $5 million.

Judit Polgár is the only woman to have won a game against a reigning world number one player, and has defeated eleven current or former world champions in either rapid or classical chess.

She is widely regarded as the strongest female chess player of all time. Since September 2015, she not competed in any tournament, having formally retired on 13 August 2014.

Polgár was given the title of Grandmaster in 1991 at the age of 15 year which at the time was the youngest to have done so, breaking the record previously held by former World Champion Bobby Fischer.

Polgar was the youngest ever player to be placed in FIDE top 100 players rating list, ranking No. 55 in the January 1989 rating list, at the age of 12.

She is the first, and to date only, woman to have surpassed 2700 Elo reaching a career peak rating of 2735 and peak world ranking of No. 8 in 2005. She held the No. 1 spot for a woman with the best ratings in the world from January 1989 until her retirement.

On 20 August 2015, she received Hungary’s highest decoration, the Grand Cross of the Order of Saint Stephen of Hungary.

Viswanathan Anand is an Indian chess grandmaster and former world chess champion. He was the first grandmaster from India, having received the title in 1988, and is one of the few players to have surpassed an Elo rating of 2800, a feat he first managed in 2006.

As a child he was famous for his rapid playing speed and earned the nickname “Lightning Kid” in the 1980s. He has since developed into a universal player, and many would consider him the greatest rapid chess player of his generation. He won the FIDE World Rapid Chess Championship in 2003 and 2017, the World Blitz Cup in 2000, and numerous other top-level rapid and blitz events.

In January 2019, he competed in the 81st Tata Steel Masters tournament held in Wijk aan Zee. There he scored 7.5/13 which placed him in third-place, sharing with Ian Nepomniachtchi and Ding Liren. He was also placed third in the 2019 Gashimov Memorial tournament. His final score was 4.5/9 and his placement was shared with Teimour Radjabov and Alexander Grischuck. The event was held from 30 March to 9 April in Şəmkir.

As of 2021, Viswanathan Anand is estimated to have a net worth of $3 million.

In 2000, Kramnik defeated Garry Kasparov and became the Classical World Chess Championship title. He defended his title in 2004 against Péter Lékó, and defeated the reigning FIDE World Champion Veselin Topalov in a unification match in 2006. After that, Kramnik became the first undisputed World Champion, holding both the FIDE and Classical titles, since Kasparov split from FIDE in 1993.

In 2007, at the age of 14 years, Fabiano Caruana was bestowed title of Grandmaster in the history of both Italy and the United States at the time.

He went on to win the FIDE Grand Prix 2014–15, after he returned to the US. In 2018, he won the Candidates Tournament 2018, becoming the first American challenger for the undisputed World Chess Championship since Bobby Fischer in 1972. In the run-up to the championship match, Caruana won the 5th Grenke Chess Classic, the 6th Norway Chess, and the 6th Sinquefield Cup. He finally lost to Magnus Carlsen in the rapid tiebreaks after drawing 6–6 in the classical games.

As of 2021, this Italian Grandmaster has an estimated personal wealth of some $13 million. 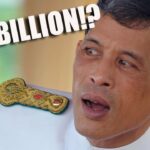