How much is Larry Page worth?

A googol is, by definition, a 1 followed by 100 zeroes (aka 10 to the one-hundredth power). But I’m guessing that when you think of the word “googol,” you’re more likely to think of the homonym that has become exponentially (no pun intended…well maybe a little bit) more famous: Google. Yes, that’s right, in order to find out who Larry Page is, you’re likely going to use the search engine he helped create.

Lawrence Edward Page was born on March 26th, 1973, in Lansing, Michigan. His father was Carl Victor Page Sr., who was one of the premier minds of the early years of computer science, which in turn influenced Larry growing up.

He always had computers and information about everywhere around the house, which for the time period (the late 1970’s and early-to-mid 1980’s) was rare and gave Page a leg up on others in his field of computer engineering and programming. After attending high school in East Lansing – during which time he also participated heavily in music education as well as computer science – he enrolled at the University of Michigan, where he majored in Computer Engineering.

American computer scientist and Internet entrepreneur Larry Page has an estimated net worth of $100 billion dollars, as of 2023.

After earning his degree at Michigan, he enrolled at Stanford University for his Master’s degree and, later, his PhD. While at Stanford and looking for a research project to eventually turn into his dissertation topic, Page decided to look at the mathematical properties of the World Wide Web, specifically with how links are structured and search results are determined. Specifically, what he discovered was that the most popular pages on the internet were the ones with the most “backlinks” – that is, the pages that other pages most linked to or referred back to (mirroring how academic citations work in research papers) – and as such, were the most useful and helpful.

While working on this project, he gained a partner in fellow student Sergey Brin. While they didn’t initially get along that well, they came to work well enough together to turn this project into a search engine initially called “Backrub” (as a nod to the backlinks concept already noted). After a while, he and Brin decided to take their project and change the name from (the admittedly slightly disturbing) Backrub and, in 1996, renamed their project Google, in reference to the immense amount of information on the internet that can be linked to via this new search engine.

After raising funds from friends and family and making some changes and improvements, Page and Brin launched Google as a company in 1998, and became a publicly traded company on the stock market in 2004. The rest, as they say, was history.

When Google’s stock first went public in 2004, a share of stock cost $85. Today (September 3rd), a share of Google stock costs about $1,661. For those that are not mathematically inclined, that is an incredible 1,854.12% increase since the company went public. So, if you bought 10 shares of Google stock in 2004 ($850), today your stock would be worth $166,100. And Page was one of the creators and investors of the company that made this incredible jump.

When Google first went public in 2004, the initial offering made Page and Brin instant billionaires at that time. Today, Page’s estimated net worth is estimated to be about $77 billion. In addition to his roles with Google, Page is also an investor in Tesla and was one of the initial investors and creators of Singularity University, another source of revenue for someone who is already one of the richest men in the world.

By simply taking a look at searching for information online and figuring out a more efficient and effective way to do it – looking at which pages are the most popular and have the most backlinks (therefore, which websites are trusted by people the most) – Larry Page was able to revolutionize the search engine industry and create a company in Google which has dominated search engines, email servers, and even school and industry resources with the Google Suite.

Today, Google is one of the most powerful and wealthiest companies in the world (as Alphabet), all because Page and Brin decided to think a little differently and market a little better than their competitors.

When you think of searching for something, or sending an email, or creating an online classroom for schools in our current virtual world or even creating an easy-to-use but informative website, usually you’re going to think of Google. And there wouldn’t have been a Google without the insight of Larry Page.

As a result of Larry Page’s vision and hard work, the computer engineer turned entrepreneur has an estimated net worth of over $100 billion dollars as of 2023. 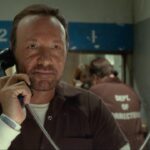 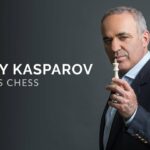