Who says artists, by definition, cannot be multi-millionaires or even a billionaire? Our list of artists showcased below break conventions as you would expect artists to do, and still manage to do extremely well, commercially.

Born in Dresden, Saxony (the former area of East Germany), Richter’s early commissions were murals for the East Germany government like ArbeiterKampf (Workers’ Struggle) and a townscape of Dresden called Stadbild.

When Richter escaped to West Germany, he studied at the Kunstakademie, Dusseldorf under Karl Otto Gotz together with other artists like Sigmar Polke and Konrad Fischer. The trio later introduced the term Kapitalistischer Realismus (Capitalistic Realism) as an anti-style of art, utilizing the pictorial shorthand form of advertising.

Over the years, Richter has painted pieces that attempted to share the space with its audience, photo-realistic paintings, prints, and also installation pieces, such as glass sculpture, most notable of which was the 2007 stained glass windows for the Cologne Cathedral.

Richter’s art has set record prices at various auctions and he is estimated to have built a personal fortune of some $40 million.

Gormley’s installations often found their locations in varied cities, like Land, which was five life-sized sculptures which were placed near the center and at four compass points of the UK, or like

In 2017 the at the invitation of the Royal Academy, UK, Gormley produced in 2019 (in collaboration with astronomer Priyamvada Natarajan) a VR experience called Lunatick which allows the viewer to seemingly travel through space to the Moon and fly over its surface, based on images from NASA’s Lunar Reconnaissance Obiter.

One of the most recognized and visible art installations by British installation artist Anish Kapoor is the ArcelorMittal Orbit at the London Olympic Park, commissioned in 2012. His other notable public commissions include Sky Mirror installed at the Rockefeller Center in New York and which was later exhibited in Kensington Gardens in 2010 as part of the show Turning the World Upside Down.

Sir Anish Kapoor was born 12 March 1954 in Indian, and is a British Sculptor specializing in installation art and conceptual art. He was awarded the Turner Prize in 1991 and has also been awarded other notable prizes like the Premio Duemila, Venice Biennale in 1990.

Kapoor’s work is collected worldwide: by the Museum of Modern Art in New York City, the Tate Modern in London, the Fondazione Prada in Milan; the Art Gallery of New South Wales, Sydney; the Guggenheim in Bilbao to name a few.

This prolific sculptor is estimated to be worth $85 million.

The smiling flowers of Murakami are one of the recurring motifs of this Japanese contemporary artist. Takashi Murakami is famous for blurring the line between high and low brow art. He works across media from fine arts media (such as painting and sculpture) as well as commercial media (such as fashion merchandise, and animation). He has collaborated with high fashion brands like Issey Miyake and Louis Vuitton, and even provided the artwork for Kanye West’s album Graduation.

Born February 1, 1962, this Japanese artist is estimated to have built a personal fortune of some $100 million.

As the royal portrait artist to the King and Government of Saudi Arabia, Andre Vicari owes much of his financial success to this patronage. Relatively unknown and unappreciated in his native U.K., Andre Vicari’s work is generally appreciated in many countries, but especially appreciated in the Middle East where there are three museums that are solely dedicated to his work. His work capturing Bedouin life is often lauded for their authenticity.

Born April 1932 and passing on in 2016, Andre Vicari studied painting at the Slade School of Fine Art at University College London under William Coldstream and, also sometimes under Lucian Freud as teachers.

At the time of his death in 2016, it was estimated that his estate was worth $140 million.

In November 2018, Hockney’s Portrait of an Artist (Pool with Two Figures) sold for US$90 million, a sum that exceeded Jeff Koon’s Balloon Dog (Orange) which was the previous record for US$58.4 million, although Jeff Koons’ Rabbit sold more than $91 million in 2019.

Indeed, Portrait of an Artist is one of a collection of pool paintings that Hockney painted. The Pool with Two Figures was apparently an acknowledgment by Hockney that he had lost his boyfriend, Peter Schlesinger, at the time, and of Schlesinger’s desire for a new partner.

Born July 9, 1937, in England, David Hockney is widely considered to be one of the most influential British artists of the 20th Century. He was a major contributor to the pop art movement which began in the 1950s but was given the most impetus and prominence by Andy Warhol who Hockney met in the summer of 1961 in New York.

David Hockney is reported to have amassed a net worth of about $150 million.

Famous for his fine-art works, especially murals, David Choe’s work has long won the admiration of museums, art galleries, institutions, and fans. David is not only a master in painting, he is equally adept on film, having made two extremely successful network appearances: with Antony Bourdain in Parts Unknown and Vice, where David was host and interviewer.

Choe has proven his commercial viability with his diverse list of clients ranging from Marvel Comics and DC Comics, Sony Picture, and Warner Brothers, to Converse, Levi’s and Vanity Fair. Born April 21, 1976, this young Korean American artist often explores themes of desire, degradation, and exaltation in his works in a style that is raw and intense – a style he has termed “dirty style”. An example of this dirty style is captured by the cover of Slow Jams, a graphic novel David self-published in 1996 which took after Henri de Toulouse-Lautrec’s Moulin Rouge that he has re-interpreted with raw dark desires.

Much of David’s wealth could possibly be traced to the murals he was commissioned for at Facebook’s offices for which he took shares as payment. As at the eve of Facebook’s 2012 IPO, his shares were valued at $200 million. We, therefore, estimate the David Choe has built up an estimated net worth of at least $200 million.

Jasper Johns is an American artist who works primarily as a painter but has also sculpted and made prints. His best-known creations are depictions of the American Flag and other US themed works. Johns’ work can be described as abstract expressionism, Neo-Dada, and pop art, following the decades he has lived through. Jasper Johns’ works have sold at the multi-million level and his works have been ranked along with the works of artists like Jeff Koons for achieving record auction prices.

Born on May 14, 1930, Jasper Johns studied at the University of South California but did not complete his entire term there. He moved to New York City and studied briefly at the Parsons Scholl of Design in 1949. He was drafted and stationed in Sendai Japan during the Korean War. Johns had his first big break when a gallery owner Leo Castelli visited Johns and his then-lover, Robert Rauschenberg at Rauschenberg’s studio. He saw Johns’ depictions of the American Flag and offered him a solo show during which the founding director of New York’s Museum of Modern Art purchased four of his works.

Jasper Johns is estimated to have built a net worth of some $300 million.

Jeff Koons’ ballon animals are instantly recognizable the world over. In fact, in 2019, Rabbit sold for over $90 million, becoming the highest auction price recorded for work by a living artist.

Born January 21, 1955, this American artist is unlike other artists as he is more often seen in corporate attire of a suit and tie than a painter’s or sculptor’s overalls.

As early as the late 70s, Koons has already experimented with inflatables. Rabbit, was taken from a readymade inflatable rabbit which was then cast in highly polished stainless steel, resulting in Rabbit which sold for $90.1 million in 2019. His later works of paintings and sculptures of balloon dogs, Valentine hearts, diamonds, and Easter eggs conceived in 1994 and called Koons’ Celebration series are an update of inflatables.

Koons has also collaborated with high fashion-brand Louis Vuitton for the “Masters Collection” which is a line of handbags with reproductions of masters like Da Vinci, Van Gogh, Turner, and Monet.

Whether one considers Jeff Koons’ art as kitsch or as fine art, he is thought to be worth $500 million.

Damien Steven Hirst is well-known for his works displaying carcasses of animals suspended in formaldehyde. The best know of this series of work was The Physical Impossibility of Death in the Mind of Someone Living which featured a tiger shark immersed in formaldehyde in a clear display case. Some say this series of work was influenced by his placement as a student with a mortuary.

His other famous work is For the Love of God, a platinum cast of an 18th century, human skull encrusted with 8,601 flawless diamonds, including a pear-shaped pink diamond located in the forehead of the skull.

A Turner Prize winner (awarded 1992) this British artist was born June 7, 1965, is himself an art collector as well as an artist. In 2008, Damien Hirst with Sotheby’s organized a two-day auction called Beautiful Inside My Head Forever which bypassed galleries and went straight to the public. The two-day auction raised some $200 million in total.

Although Damien Hirst has had come controversies with legal proceedings alleging plagiarism, he is estimated to have amassed a fortune of some $1 billion. 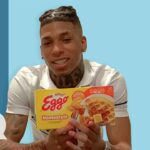 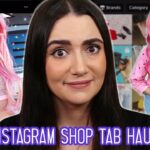