How much is Priyanka Chopra worth?

Who Is Priyanka Chopra

Priyanka Chopra was born on July 18, 1982. Her parents are both doctors. The actress went to Newton North High School in Newton, Massachusetts before returning to India to complete her education. She began college at Jai Hind College in Mumbai but left after winning the Miss World pageant.

Indian actress, singer, and film producer Priyanka Chopra has a net worth of $55 million dollars, as of 2021. Chopra is one of India’s highest-paid and most popular entertainers. She married Nick Jonas in 2018 who has a net worth of about $50 million.

Priyanka Chopra made her film debut in Thamizhan (2002). In 2003, she starred in the box office hit The Hero: Love Story of a Spy. Her next film Andaaz opposite Akshay Kumar earned her a Filmfare Best Female Debut Award. She has gone on to star in such films as Mujhse Shaadi Karogi (2004), Aitraaz (2004), a Hindi remake of the Demi Moore thriller Disclosure for which se earned a Filmfare Best Villain Award for her performance, Krrish and Don – The Chase Begins Again (2006), and Salaam-e-Ishq: A Tribute To Love (2007). 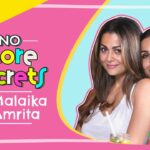 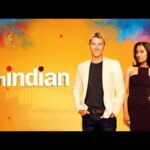