How much is Jimmy Donaldson worth?

MrBeast, born Jimmy Donaldson, is a YouTuber who became world famous at just 18 years old thanks to his expensive stunts and giveaways. Donaldson is known as YouTube’s biggest philanthropist as he has given millions of dollars away in monetary rewards, prizes, and even private islands. With over 48 million subscribers to his channel, he is one of the platform’s biggest content creators with every video reaching over 20 million views. The YouTuber’s philanthropy doesn’t end with giveaways, as he famously co-created Team Trees, with the aim of planting more than 200 million trees, which was in conjunction with Arbor Day Foundation, a non-profit organization that has raised more than $20 million.

American YouTuber MrBeast has a net worth of $20 million dollars, as of 2021. Jimmy Donaldson’s YouTube channel puts out videos featuring expensive stunts and giveaways.

How did MrBeast earn his net worth?

As Donaldson is mostly known for his extravagant giveaways and over the top ideas, including riding 2000 miles in an Uber and even being an Uber driver then giving the rider the keys to the car, he has become a product of his own viral content. He is able to give away hundreds of thousands of dollars thanks to being sponsored by brands that give him six-figure, and sometimes even seven-figure, pay checks in return for in-video advertisements. MrBeast’s YouTube videos, which can sometimes cost hundreds of thousands to produce due to the huge giveaways, are largely funded and sponsored by the coupon company, Honey, meaning that Donaldson’s own bank account doesn’t take too much of a hit. Other sponsors of his videos include Quidd, Tik Tok, and CSGO Lotto.

On top of his sponsors and brand endorsements, Donaldson makes money the traditional YouTube way too, as he makes cash from ad revenue. As most of MrBeast’s YouTube videos have more than 20 million views, the YouTuber makes millions from ads alone. His channel gets roughly eight million views per day, meaning that Donaldson receives a daily amount of $40,000 from ads. This makes his yearly income on YouTube $15 million, which explains how he is able to giveaway Lamborghinis. Donaldson also sells MrBeast merchandise on his website.

Donaldson started his YouTube account under the handle MrBeast600 at the young age of 13 in 2012. The types of videos that he uploaded ranged massively, as he would experiment with different videos to see which of them would garner the most views. Being a gamer, Donaldson would upload a lot of Let’s Play’ videos, which saw him play video games with his reactions to them. Donaldson would also upload clips of him estimating the net worth of other YouTubers, which is now pretty ironic. Non of these videos were massively successful, but in 2017 when he was just 18 years old, he uploaded a 24-hour long uncut video of himself counting to 100,000. It was the video that catapulted his channel to what it is today, and that video now has 21 million views.

After that, Donaldson started being more creative with his content, making uniquely compelling videos out of the mundane. Not only did he upload a follow-up clip of him counting to 200,000, which took him more than 50 hours, but he also tried to break glass using 100 megaphones, tried to spin a fidget spinner for an entire day, and he literally watched paint dry for an hour. One of his most monotonous videos featured Donaldson reading the entire dictionary in one sitting, and he even took a nap in the middle of the clip. But as his subscribers started to grow exponentially, so did the contents of the channel.

In 2019, when Donaldson was getting millions of followers, his content took a dramatic left turn as his videos became all about giving away his hard earned YouTube cash. At the beginning of the year, the YouTuber organized a real-life battle royale with cash prizes worth a total of $200,000, which was sponsored and funded by the Apex Legends producer Electronic Arts. Since then, Donaldson has given away large sums of his own money in many of the episodes, including tens of thousands of dollars to the homeless, $32,000 to the Veterans Army Wounded Warrior Program, and $70,000 to Saint Jude’s Children’s Research Hospital.

At the back end of 2019, Donaldson embarked on a collaborative fundraising challenge with none other than the former NASA engineer and YouTuber Mark Rober for the project #TeamTrees. In conjunction with the Arbor Day Foundation, the project’s aim was to plant 20 million trees by December 2022 by planting one tree for every dollar raised. The trees were to be planted in various national parks across the United States and YouTubers including Marshmello, iJustine, Marques Brownlee, Ninja, and more helped raise awareness of the cause. The goal of $20 million was surpassed within two months of the start date, making a total of $22 million with large contributions given by the likes of Elon Musk and Jack Dorsey.

Many other YouTubers have called Donaldson a genius, as he played YouTube’s algorithm by going through the different trends of videos until he finally landed on what would make him famous. Between guessing celebrities’ wealth and filming himself play Minecraft and Call of Duty, Donaldson strived to become famous on the platform, and though it didn’t truly happen until 2018, it was thanks to having his finger on the pulse of what viewers would tune in to.

With MrBeast, Donaldson helped pioneer YouTube videos with expensive stunts, being one of the very first to use their own income and money from sponsors for huge projects. He creates stunts that aren’t so much complex but attention grabbing with overly hyperbolic titles. Thanks to this he single handedly changed YouTube and there are now thousands of imitations of his channel, but none are as successful. Some YouTubers who are influenced by him don’t even put their own spin on the content, as they just completely copy his ideas.

It’s strange to say that MrBeast’s success comes from having so much money, but if it wasn’t for the truck loads of cash that he has, he wouldn’t be able to make the successful YouTube videos that he does. Thanks to his philanthropic lifestyle, Jimmy Donaldson has changed the lives of many, including his own, as his net worth currently stands at an estimated $20 million, and it’s hard to believe that it all started with him simply counting to 100,000 on camera. Now, Donaldson is presenting his biggest giveaway ever, which is literally a private island and will be given away to one of his fans. 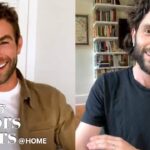 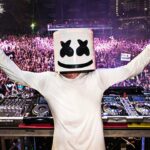