How much is Marques Brownlee worth?

Marques Brownlee is an American tech blogger, podcaster, YouTube personality, and professional ultimate frisbee player. He’s also known as professional as MKBHD or just MKB (which are his initials). He has been active on the internet since 2008 when he was just 15 years old. As of now, he has 1,290 videos, more than 12 million subscribers, and all of his videos have accumulated over 2 billion views in total.

American YouTuber and professional ultimate frisbee player Marques Brownlee has a net worth of $5 million dollars, as of 2021.

How did Marques Brownlee earn his net worth?

The multi-talented tech blogger and podcaster became rich thanks to his passion for technology and relentlessness. Marques’ first promotion and sponsorship from a company was in January 2012, from the technology network Engadget. One year later, in November 2013, he uploaded on his most viral videos, which is based on the Android phablet “LG G Flex”, which as of now has more than 8 million views and has earned him well over $55.000.

In 2014, Marques’ channel accumulated 1 million subscribers. Just a few months later, by the end of the year, specifically in November, his channel amassed 4 million subscribers. That year, he started his own series named “Smartphone Awards”. In the annual series, he picks the best smartphones and ranks them in certain categories such as “Best Big Smartphone”, “Best Compact Smartphone”, “Best Camera”, and “Best Budget Smartphone”. Thanks to these and many other intriguing videos, he was able to earn more than $250.000. In 2015, after receiving his major from SIT, he decided to become a full-time YouTuber.

Marques became famous after he began posting on his YouTube channel consistently. He was born on December 3, 1993, in Maplewood, New Jersey. During his teen years, he became developed an interest in technology and the internet. He created his YouTube channel on March 21, 2008, but didn’t upload consistently until January 2009. He first uploaded videos in March and May that year, in which he’s seen playing golf. Most of his other early videos included tutorials and reviews of new products and products that he owned.

While still in high school, Marques continued to upload videos online in the early 2010s and eventually got his first 100,000 subscribers in early 2012. His first videos were recorded through screencasting. By mid-2012, just before he turned 20, his channel began receiving a lot of attention from both media and tech companies. Shortly after he graduated from the Howe School in his home town, he enrolled at the Stevens Institute of Technology, from which he earned a major in business and information technology. Concurrently with that, he continued to create videos online.

What makes MKB so successful are his entertaining and well-educative technology videos online, as well as his many other professions. In addition to the success that he has found on social media, in mid-2014 Marques became a professional ultimate frisbee player. He is currently part of the New York Empire team, which rose to prominence after winning the 2019 AUDL Championship Previously, at the beginning of his frisbee career, Brownlee was part of several teams such as the New Jersey Hammerheads, Garden State Ultimate, and Philadelphia Phoenix.

Apart from YouTube and frisbee, Marques has also appeared on multiple television series such as “NBC News “Hot Ones”, “Physics Girl”, “Retro Tech’, and “Good Mythical Morning”. Since 2018, he has also produced his own YouTube series, “Auto Focus”, in which he reviews supercars. For the past decade or so, he has also gained national popularity for his interviews on his podcast titled “Waveform Podcast”. Simultaneously with that, he continues to do side interviews with multiple celebrities such as Kobe Bryant, Craig Federighi, Bill Gates, Elon Musk Will Smith, and most recently Mark Zuckerberg. As of 2021, Brownlee’s YouTube channel has over 12.8 million subscribers and his videos have accumulated 2.2+ billion views, making it one of the most-watched.

Marques Brownlee is an internet personality and YouTuber who goes by the name “MKBHD”. His channel focuses on consumer electronics where he reviews, rates and recommends various products, yet mostly highly popular cell phones, headphones and computers. With 11.5 million followers Marques Brownlee currently, as of 2021, has a net worth of about $5 million dollars.

Marques Brownlee started his channel as more of a hobby because different gadgets and electronics interested him and he hoped to be able to work from home. Before long though he started getting serious traction, even one of Google’s former Vice Presidents, Vic Gundotra, called him “one of the best technology reviewers”.

It all started from his his own bedroom apartment in Hoboken, New Jersey back in 2008. His video reviews would dive into deep detail on every aspect you can imagine relating to purchases that many people were considering making. So for example before you shell out $1000 or more on the latest iPhone you go check what MKBHD is saying about it first. This is how his channel has slowly grown into the biggest technology review channel on YouTube.

Some of his most viewed videos are “unboxing videos” where Marques has gone out and bought the latest product, unboxed it on video and set it up for all to see. He then goes into the pros and cons of the purchase, use cases and neat tricks that you might not know.

Marques Brownlee is considered to be one of the best technology reviewers and speakers today. He’s also one of the best tech bloggers in the world who has uploaded more than 1,000 videos online and has been endorsed by millions around the world. In addition to that, Brownlee’s fantastic reviews have been praised even by companies such as Google, Samsung, and Apple among many other companies. 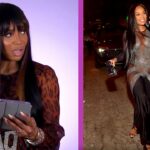 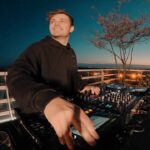