How much is Nick Jonas worth?

Who Is Nick Jonas

Nick Jonas was born on September 16, 1992. He is a popular American singer and songwriter who also has a career in acting. His acting career began when he was 7 years old, with roles in theater. At the age of 10 however, he released his debut single, which caught the attention of the label Columbia Records. Jonas then formed a group with his brothers, Joe and Kevin, called the Jonas Brothers. The three brothers quickly gained a lot of attention and became popular not just in the United States but all over the world.

The Jonas Brother released their first studio project “It’s About Time” in 2006. Just a year later, they signed with The Hollywood Records label and released their breakthrough record “Jonas Brothers”. After 8 years of being together, the group disbanded in 2013 and Nick focused all his attention on his solo music career. He continued to release new music, including two new albums that were very successful, and at the same time, he began acting more and more. Jonas is also known for his roles in some popular movies such as “Camp Rock” and “Jumanji: Welcome to the Jungle”.

How did Nick Jonas get so rich?

Nick Jonas got rich because he is a very talented actor and singer. During his teen years he continued to work with his brothers and the three eventually released their first album – “It’s About Time” in 2006. Unfortunately, the album received little to no backing from the label and just a year later, it was announced that the Jonas Brothers were dropped by the label, despite their albums selling more than 1.7 million copies.

After their departure from Columbia, the brothers signed with Hollywood Records and it was at that point that they hit the peak of their careers. In 2008, while they were working on their second album, the group gained a lot of popularity due to soundtrack and promotional appearances. Their second self-titled album was released in August 2007 and it quickly entered the top five of the Billboard 200. After the success of their album, the Jonas Brothers began appearing in many popular television series and films such as “Hannah Montana” and “Camp Rock”.

Because of their success, Disney offered the brothers to star in their own television series – “Jonas Brothers: Living the Dream”. Exactly a year after they released their second album, in August 2008, the band released their third – “A Little Bit Longer“, which became their most successful album ever. Immediately after it was released, the album topped the Billboard 200, becoming their first album to do that. A few months later, a 3D biopic was released called “Jonas Brothers: The 3D Concert Experience”. The biopic followed the brothers during their “Burning Up Tour” and it was a financial success.

Nick Jonas rose to popularity shortly after he became 8 years old. Born in Dallas, Texas but raised in Wyckoff, New Jersey, Jonas is the son of Paul Jonas – a musician and songwriter and Denise – former singer and sign language teacher. The talented Jonas’ career started when he was just 8 years old. Among some of his very first roles on the Broadway when he was just seven were – Chip Potts, Gavroche, Little Jake, and Tiny Tim.

In 2002, 10 years old Nick caught the attention of the Columbia Records label and was offered a contract. Immediately after he signed with them, Nick began work on his first studio album. His first ever single was released shortly and it was called “Dear Good”. His first solo album “Nicholas Jonas” was released in September 2004 and received positive reviews. Just after Nick was signed, Columbia offered contracts to both of his brothers Joe and Kevin. The brothers then aligned and began making plans for their career as a group.

The initial name they were planning to give on the group was “Sons of Jonas”, however, they decided to go with Jonas Brothers. In 2005, while they were working on their first studio album, the Jonas Brothers toured the world with many different artists such as Kelly Clarkson, the Backstreet Boys, Jump5, The Click Five, and Jesse McCartney. Towards the end of the year, they also released their first single – “Mandy”.

Nick Jonas’ drive and energy to pursue and achieve so much, so young, has been key to his success. Not only is he a successful music artist, he has also had a formidable acting career, often balancing both careers side by side at the same time.

While Jonas had some early success in both acting and singing in a band, he became a lot more successful when he began pursuing his solo career. After releasing their fourth studio album “Lines, Vines and Trying Times”, the Jonas Brothers announced they will be going on a hiatus to pursue their solo careers. Nick then formed a band of his own which was named “Nick Jonas and the Administration”. Although their first single was successful, the new band’s debut album was considered to be a “commercial failure”. Before releasing new music, Jonas began appearing a lot more on television and films. Besides appearing on popular reality shows such as “American Idol”, “The X Factor”, “The Biggest Loser”, and “The Voice”, Nick also appeared in various television series such as “Mr. Sunshine”, “Hawaii Five-0”, “Last Man Standing“, and “Smash”.

While gaining popularity and becoming more and more successful, Nick Jonas began working on his second studio album. He released two singles before the album – “Chains” and “Jealous”. While “Chains” wasn’t that successful, “Jealous” quickly entered the top 10 in the Billboard Hot 100 and became his first single to achieve that. His second album was titled “Nick Jonas” and it was released in November 2014. Immediately after he released his new album, Jonas began work on his next. His third album “Last Year Was Complicated” was released in June 2016, and it received a very positive reception. Upon its release, the album debuted at number two on the Billboard 200 chart, making its highest spot as a solo artist.

Throughout the rest of the years, Jonas became more and more interested in acting and was cast in a number of films. Among some of the most popular are “Jumanji: Welcome to the Jungle” and “Jumanji: The Next Level”. During that time, the Jonas Brothers surprisingly reunited and went on to release their fifth album – “Happiness Begins” in June 2019.

Nick Jonas is not just one of the “Jonas” brothers. He is a very successful solo artist who has earned far more money from his solo endeavors than he ever did as part of the band. He has also succeeded tremendously in his acting career, going back and forth successfully been the two, acting and singing, something very few artists can do.

During his teen years, when he started his career, Jonas and his brothers were seen as teen idols and role models by their young fans. A couple of years later, Nick quickly became a sex symbol who has been cited as one of the sexiest men alive by many media outlets and international magazines. 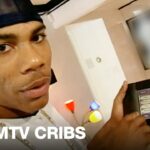 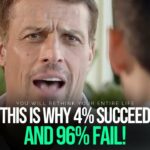