How much was Mitch Hedberg worth?

Who Is Mitch Hedberg

The late, great Mitch Hedberg was a totally singular comic voice. Taking over for Steven Wright as the king of the deadpan one-liner, Hedberg took the approach to a whole new level: he had fun with language and made absurd observations that were so silly and obvious and deceptively brilliant. He was one of the greats, and he is missed.

American stand-up comedian Mitch Hedberg had a net worth of $4 million dollars at the time of his death, in 2005. Known for his surreal humor and deadpan delivery, he mixed one-line jokes with absurd elements and non sequiturs.

Just as his star was continuing to rise and Mitch Hedberg was transforming from cult comedian to one of the most successful comics in the country, he was found dead of a drug overdose in a New Jersey hotel room in March of 2005. Hedberg had struggled with drug addiction for much of his life. 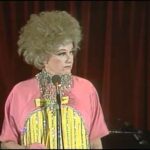 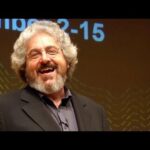