How much is Dave Grohl worth?

Who Is Dave Grohl

Dave Grohl is not only a drummer. He does have the distinction of being the longest-serving drummer for Nirvana, but he is a multi-talented guy who plays several instruments. He is considered to be one of rock music’s most influential characters. Not only does he have a long association with Nirvana but he also founded the Foo Fighters, and co-founded the supergroup Them Crooked Vultures.

Dave was born in Warren, Ohio and spent much of his childhood in Springfield, Virginia. He was interested in music from a young age, being influenced by Rush at the age of 8! He did have guitar lessons, but mostly taught himself. His switch to drumming satisfied a long-held desire.

How Did Dave Grohl Get So Rich?

2020 sees Dave Grohl enjoying a fortune of $320 million. He has accrued this from his career as a musician, largely from record sales and tour income. As a songwriter he has a large catalog of songs on which he earns royalties. He has also appeared in a handful of movies and has made several TV appearances. In 2012, when his fortune was a mere $280 million, Grohl was thought to be the world’s number three wealthiest drummer. Only Ringo Starr and Phil Collins were ahead of him on the list.

Grohl is not a flamboyant personality, and lives in a unpretentious house in Encino, California. He loves the San Fernando Valley and often sings its praises.

After playing with several bands, including a punk band called Dain Bramage, Grohl joined a Washington, D.C. band called Scream in 1987. Their drummer had just left the band, and Grohl pretended to be older than 17 to get an audition for the position. The band took him on, and there followed tours to destinations across the world. Scream produced a live album Your Choice Live Series Vol. 10. They also released two studio-recorded albums No More Censorship and Fumble.

In mid 1990, Scream’s bassist Skeeter Thompson left the band, with the result that the band split up. Dave Grohl got a tip off that Nirvana were looking for a drummer, and he went to Seattle to speak with Kurt Cobain and Krist Novoselic. Dave had met the pair before, so they knew they were dealing with an experienced drummer, and he was invited to join the band.

Nirvana had already produced one album, but they had not made plans to record another as they had to find a new label. DGC Records signed them up, and they began work on a second album. When it appeared, in 1991, Nevermind immediately took off, becoming a worlwide hit. Grohl worked on some projects of his own, but his songwriting contributions to Nirvana increased over the next few years. He co-wrote songs with Kurt Cobain. Nirvana passed into history when Kurt Cobain died in April of 1994. Grohl spent some time after this unable to settle to any particular projects, but produced demo tapes and considered playing drums for other bands. Grohl was reluctant to launch a solo career, despite the fact that his main fifteen-track demo tape that he had just completed, was almost all his own work. Instead he gathered a band together comprising Pat Smear, William Goldsmith and Nate Mendel. As Foo Fighters they re-issued Grohl’s demo tape as their first release, and launched a live tour. Later tensions between Grohl and Goldsmith saw Goldsmith leave the band, followed a little later by Pat Smear. They were replaced by Chris Shiflett, and for a short time, drummer Franz Stahl.

The Foo Fighters released their ninth studio album Concrete and Gold in 2017, and organized a music festival to coincide with the event. Called Cal Jam 17, the event was a roaring success, attracting 27,800 people. The following year, Cal Jam 18, which was held in San Bernadino featured the Foo Fighters, and also a Nirvana reunion.

From 2009 Dave Grohl has also been part of a supergroup called Them Crooked Vultures with John Paul Jones and Josh Homme. He has also appeared as guest drummer with a number of bands, often standing in when illness prevented a drummer from performing. These guest appearances have been on albums as well as for some tour dates. Bands where he has appeared as a guest drummer include Cage the Elephant, Zac Brown Band and Queens of the Stone Age.

Dave Grohl also has appeared in movies and on TV. The TV appearances include Saturday Night Live, Metalocalypse and Late Show with David Letterman. He has appeared in some 12 movies, including The Muppets and Is it Fall Yet? He also appeared on TV as himself in The West Wing, Sesame Street and The Muppets TV Show. Most of the films he has appeared in have been documentaries, where he has also been performing as himself. On one occasion, though, he did play Satan in the film Tenacious D in the Pick of Destiny.

Talent and a determination to succeed. Dave Grohl knew he loved music and that he just had to be a part of rock culture. He was influenced by rock from the age of 8, He knew he had some talent, but took a huge risk by dropping out of college and joining a band. So many youngsters dream of that kind of start to a music career. Dave Grohl was the guy who took the fateful step. He had a dream, and his determination and ability took him right down the road to success. He had the courage to be himself, and to follow the path he wanted. Not everyone can do that, because they lack self-belief. Dave proves that it can be done. His advice to any youngster would be to not be afraid of what you want to do next. Be excited and give it your very best shot. You won’t fail, but you will learn from the experience.

Dave also took no heed of setbacks in his career. He was not going to be put off or deflected from his goal. As an example, when he broke his leg falling off a stage when performing with Foo Fighters, he had a ‘throne’ rigged up so he could continue performing while keeping his injured leg raised.

Dave Grohl is a superb example of what someone can achieve by just following their instinct and taking risks. He is a great role model who says do not fear the future, embrace it. Success is there for those who want it badly enough and are prepared to give their all to achieve it. 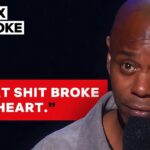 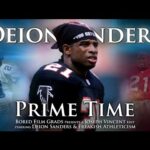