How much is Michael Franzese worth?

Michael Franzese is an American author and television personality. He’s best known for being a former mobster and caporegime of the Colombo crime family. The son of the former underboss John “Sonny” Franzese dropped out of a pre-med program at the Hofstra University and entered the crime in the 1970s, which is when his career began.

He may have earned as much as the equivalent of $50 million from his gasoline bootlegging in the 1980s. Today however, from his work on YouTube and from his other activities. It is estimated that Franzese has been earning an annual salary of about $280,000.

American former New York mobster and YouTuber Michael Franzese has an estimated net worth of $1.1 million dollars, as of 2023. Franzese was a caporegime of the Colombo crime family, and son of former underboss John “Sonny” Franzese.

Michael Franzese was born on May 27, 1951, in Brooklyn, New York. He’s the first of eight children to John and Christina Franzese. His Italian father is part of the Colombo crime family and worked as an underboss. His mother worked as a cigarette girl, which is how she met Sonny. Initially, Michael questioned his biological father and thought he was adopted by Sonny, however, during his teenage years, it was confirmed that Sonny is his biological father.

Growing up, Michael spent most of his youth on Long Island. After his high school graduation, in 1969, he enrolled at Hofstra University. There, he entered a pre-med program as his family didn’t want him to associate himself with organized crime. However, after his father was sentenced to 50 years in prison for bank robbery, he dropped out of college to help his family. He quickly became acquainted with his father’s friends, especially Joseph Colombo who helped him start off.

By 1975, Franzese took the so-called blood oath alongside the likes of Jimmy Angelino, Salvatore Miciotta, and John Minerva, and became inducted as a made man. Michael Franzese became famous first as a notorious gangster known for his cunning mind and later, in July 2020, he appeared in the Fear City: New York vs The Mafia Netflix docuseries. This is when Franzese became almost a household name and has ever since had an increasing popularity on YouTube. Funnily enough, this famous gangster is now a famous YouTuber.

Being part of the Franzese family helped the caporegime earn millions of dollars. During the entire 1970s, he was mentored by the Colombo soldier Joseph Vitacco (known as Joe-Joe). He met various important figures such as John Gotti and Angelo Ruggiero. Later that decade, only in his twenties, Michael was making an estimated $700,000 for just a week thanks to his meetings and partnerships. In 1980, he became a caporegime of a crew that consists of 300 people.

By that time, in 1984 to be more specific, his highest peak net worth has been estimated at $40 million, some even speculate that Michael Franzese became a billionaire for a short period of time.

Starting in the 1980s, he began working over gasoline bootlegging. He collaborated with mafia boss Lawrence Salvatore Iorizzo, who was able to create a scheme to defraud the federal government out of the gasoline taxes. They set up 18 stock-bearer companies in Panama mainly because of the law in the country. After partnering with the Russian Mafia, they were able to funnel the money from state and federal taxes.

From this gas scheme Franzese was able to earn millions of dollars per week. The revenue in stolen gasoline tax is believed to vary from an estimated $50 million to $100 million. This and the other businesses of the mafia boss explain how his net worth has been estimated as high as $40 million.

With a knack for coming up with creative plans and schemes that have earned him millions over the years, he has since channeled it into something that is good. He has shown incredible versatility to reinvent himself as a somewhat star, in the new Internet age.

In April 1985, Michael Franzese was acquitted of racketeering charges. By the end of the year, he was sentenced to five years and was ordered to pay $1.7 million for his theft of the gas taxes. By March 1986, after pleading guilty to tax and racketeering conspiracy, he was sentenced to ten years in federal prison and was ordered to pay more than $15 million in restitution. After serving 43 months, in 1989, Franzese was released from prison.

Throughout the next decade, he was arrested multiple times in the Los Angeles and New York areas. During one of his imprisonments, in 1991 he became a born-again Christian. In early 1995, he officially retired from the mob and moved to California with his family. Since then, he has been an author, motivational speaker, and media and television personality that has been interviewed on many radio and television projects.

Michael Franzese married Camille Garcia in 1985 and they remain together. They have seven children together, and appear happy and content. In his personal life, during his YouTube career, he has likely spent $500,000 but also earned $650,000 from his investments. He will have also had to pay around $125,000 in business costs. Therefore, it is estimated that Michael Franzese has a net worth of about $1.1 million dollars.

Michael Franzese was one of the richest gangsters in New York. Within just two decades, he was able to earn millions of dollars. Of course, crime does not pay long-term and he lost his fortune before reinventing himself via Netflix and on YouTube.

Twenty-Seventh of May Birthdays 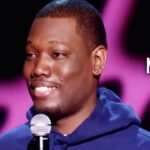 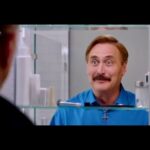