How much was Little Richard worth?

Little Richard was an American actor, musician, pianist, singer, and songwriter. Because of his contribution to rock and roll music, he was nicknamed “The Architect of Rock and Roll”, as well as “The Originator” and “The Innovator”. For over seven decades, he released fifteen studio, eleven compilation, and three live triumphant albums and instantly became an influential figure in the music industry.

American musician, singer, and songwriter Little Richard had a net worth of $45 million dollars at the time of his death, in 2020. For 70 years, Richard Wayne Penniman was an influential figure in popular music and culture with hits like ‘Keep a Knockin’.

How did Little Richard earn his net worth?

Laying the foundation for rock and roll, whilst releasing music and influencing musicians and singers across musical genres is how The Architect of Rock and Roll became a millionaire. His music career began in the late 1940s when Sister Rosetta Tharpe overheard him singing one of her songs before her performance. She then invited him to open the show for her using the name “Little Richard”. Following his performance, he decided to pursue a music career and use that same name as his stage name going forward. Throughout the early and mid-1950s, he began self-releasing various singles that helped him earn a little over $1.000.

In October 1955, Little Richard released his single “Tutti Frutti” that had instant success. It also served as the first single of his debut studio album titled “Here’s Little Richard”, which was released in March 1957. Since then, the talented singer began releasing albums every year through the label Speciality. In the early 1960s, he signed with End, Mercury, and Vee-Jay Records, thanks to which his music was able to receive a lot of attention. By the end of that decade, he was able to win more than $500.000 from all of his studio albums.

The singer of “Tutti Frutti” gained international popularity immediately after his signature song was released. Richard Wayne Penniman was born in Macon, Georgia on December 5, 1932, the third of twelve children to Charles and Leva Penniman. His father worked as a brick mason and church deacon, while his mother was a member of the local church. During his upbringing, alongside his mother and siblings, Richard became a member of the New Hope Baptist Church, where he later joined the choir.

Growing up, Richard found inspiration from the likes of Mahalla Jackson, Marion Williams, Brother Joe May, and Sister Rosetta Tharpe. He attended the Hudson High School and at that time learned how to play the alto saxophone. While attuning high school, he began working at the Macon City Auditorium for Clint Brantley, a local secular and gospel concert promoter. There, he sold Coca Cola to the crowds during concerts of various star performers of the day. At his job, he met his favorite singer, Sister Rosetta Tharpe, who helped him start off his music career.

What made him so successful?

What makes Little Richard so successful are his innovative vocalizations combined with uptempo rhythmic music. Over the past seven decades, his music can be overheard in the soundtrack albums of some of the best films and television series from the 20th century. Among some of them are “Predator”, “Road House”, “Last Action Hero”, and “Predator”. Because of his music, he was also a guest on many talk shows and realities such as “Hollywood A-Go-Go”, “Bandstand”, “The Graham Kennedy Shows”, “The Earnie Sigley Show”, and “Saturday Night Live” among many others.

Apart from creating music for both himself and other artists, as well as films and series, Richard is also known for his acting abilities that he displayed during his career. His acting debut came in the 1956 film “Don’t Knock the Rock”. After spending the next thirty years mostly appearing as himself, he returned to acting in the late 1980s, with his first role being in the series “Miami Vice”. Among some of his most notable roles are in “The Naked Truth”, “The Pickle”, “Baywatch”, “The Late Shift” and “The Tonight Show with Jay Leno”, where he also had regular guest appearances as himself.

Little Richard is one of the most popular musicians of the 20th century. The Innovator is highly praised for his contribution to the foundation of rock and roll music in the mid-1950s. He’s also cited as one of the first black artists to crossover and reach audiences of all races. Besides earning the love of millions of fans from around the globe plus more than $50 million from all of his music projects, he has also been honored by many institutions such as the NAACP Image Award, Apollo Theater, Blues, Rock and Roll, and Songwriters Hall of Fames. 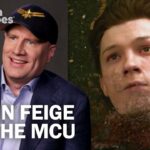 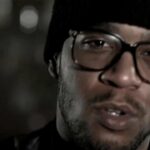