How much is Lisa Rinna worth?

Maybe she gets her off-screen drama from her onscreen alter egos. This soap queen has starred in Days of Our Lives and Melrose Place.

Who Is Lisa Rinna

From model to actress to TV personality, Lisa Rinna has been vamping up the small screen since the late ’80s. Her dark and angular beauty has carved a niche in some of the most enduring television series of the last 20 years and, with her seamless transition to reality TV, she doesn’t seem to be leaving anytime soon.

American actress Lisa Rinna has a net worth of $10 million dollars, as of 2021.

Lisa Deanna Rinna was born in Newport Beach, California, but raised in Medford, Oregon, where her father was an artistic director. She was an athletic child, enjoying tennis and skiing, as well as a fixture on the Medford Senior High School cheerleading squad. Rinna was beautiful, and after graduation passed on college for a modeling career in San Francisco.

She modeled from 1981-1987 when, after an eye-candy role in John Parr’s ‘Naughty Naughty’ music video, she moved to Los Angeles to pursue acting. After a few commercials, she landed her first part in the film Captive Rage, but her first real character role would be four episodes as Jason Bateman’s girlfriend Annie on The Hogan Family. A guest spot on Baywatch and a couple TV movies later, she was cast as Billie Reed, the scheming cosmetics magnate on the perennial soap opera Days of Our Lives. Perhaps it was her half-decade in the modeling business, but she excelled at scheming, backstabbing melodrama, and would appear 134 times over the next 12 years, earning consecutive Soap Digest Awards.

In 1995, Rinna said goodbye to the daytime soap (although she would return from 2002-2003) and moved to primetime drama, joining the cast of Melrose Place. She was Taylor McBride until 1998, another venomous backstabber of the sort she played so well. It was during her time on the show that she would meet and fall in love with Harry Hamlin of L.A. Law fame. The two married in 1997 and had a daughter, Delilah, in 1998, but not before Rinna took some much-scandalized nude, pregnant photos for Playboy.

After she left Melrose Place, she resumed the background smattering of random guest spots and TV movies that had occupied her since the beginning of the decade, often alongside her new husband, as in the Kristen Bell detective show Veronica Mars and the Lifetime movie Sex, Lies, and Obsession. She also starred in her own Lifetime movie, Another Woman’s Husband, one of the highest rated films the network had enjoyed in years.

By the early 2000s, Rinna had become a television personality. With her unique looks and chatty, affable nature, she began to appear on television as herself as often as she played characters. She co-hosted Soap Talk for four years, soared in Dancing With The Stars, filled in on Live with Regis and Kelly, starred in her own reality show Harry Loves Lisa, and took on Donald Trump in The Celebrity Apprentice. She had a second daughter, Amelia, in 2001, and started a clothing boutique, Belle Gray, which she owns and operates.

With a resume bigger than her famous lips, Lisa Rinna is television royalty—a queen of the small screen, a face instantly recognizable. She has made appearances in four of the major TV phenomena of the last two decades, and shows no signs of slowing down. Whether she’ll continue to grace guest spots on sitcoms or go the way of talk show host remains to be seen. The only thing for sure is that she is a pop culture fixture.

Defining Quote “I think Days of Our Lives and playing Billie Read was really personally gratifying because I grew up watching the show with my mom.” 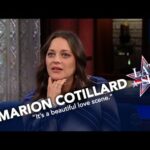 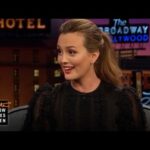